I tried another small race using Gaslands this afternoon. I used the same 30" square board, but made the terrain less dense. But I also ran six cars. 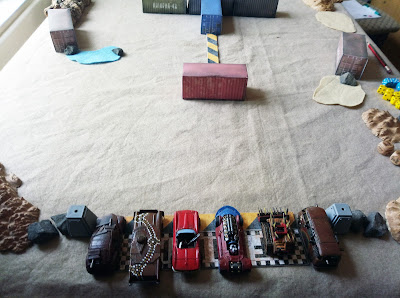 The track was based on a design I saw in the Facebook group for the game, where you could pass through most of the gates in either direction. This helps break up the pack a little, but also offers opportunity for mayhem as vehicles head towards each other at speed. The 'Gate 2 or 3' section should be obvious, but basically if you treat one gate as Gate 2 then the other must be your Gate 3. 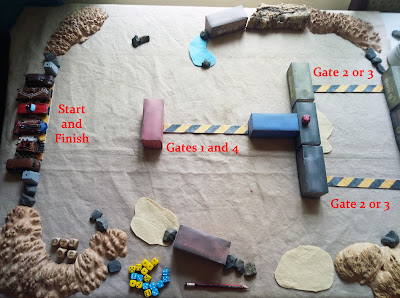 This strangely orderly arrangement is what the vehicles looked like straight off the grid. 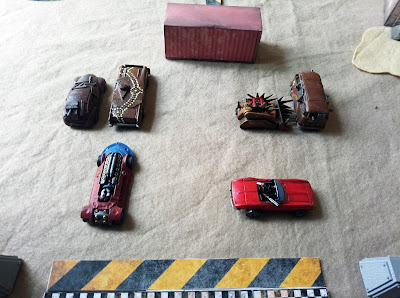 Going into the first gate. 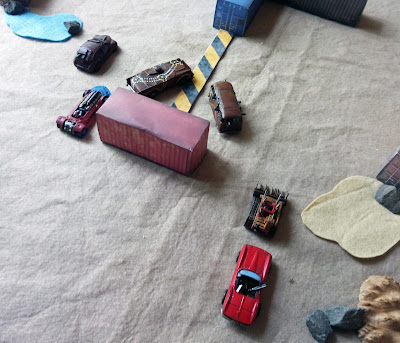 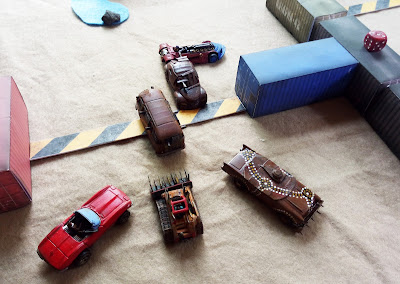 I didn't take many pictures after that. A couple of vehicles wiped out or wrecked early on and never really got back into the race. Vehicles going in both directions ended up as front-runners, with some collisions as they passed, and a lot of gunfire (more so than in the last game). 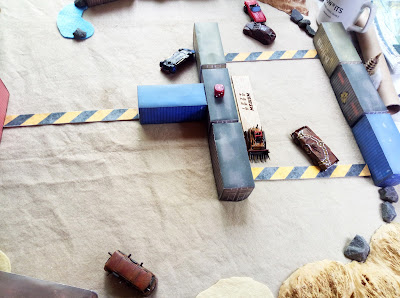 Bad Blood ended up the winner, which was nice after its poor performance yesterday. I changed its design a little, keeping the front and rear machine guns (which were useful on this track design), but changing the Headshot perk for Madman, which allowed the driver to dump Hazard Tokens on other people. It was able to do this twice during the game to wipe out opposing vehicles. 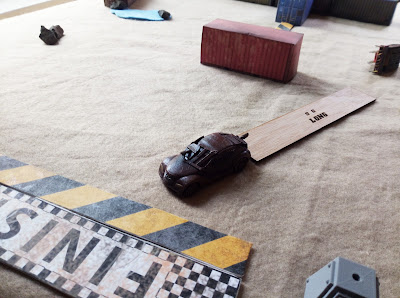 The rest of the board at the finish - two wrecks and two blown-up vehicles awaiting respawn, and one car still struggling through the third gate. 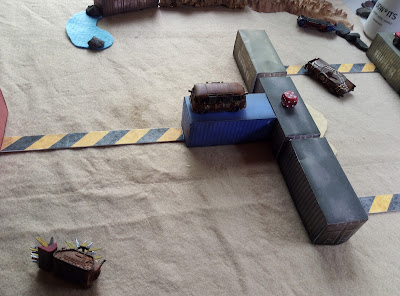