Rebels & Patriots is written with the Americas from 1750 to 1860 in mind, but the mechanisms and troop types are easily transported elsewhere. So on Thursday we gave it a go with Austrian and French Napoleonics. The figures were 28mm, from Daniel, Ralph and Caesar's collections. 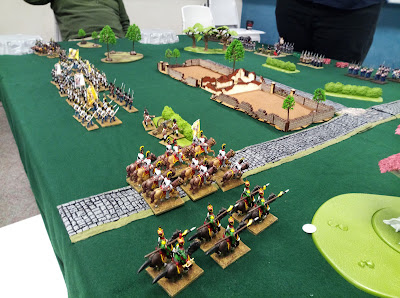 The scenario was a modified version of one in the book, with both sides fighting for control of a ruined farm in the centre of the table. 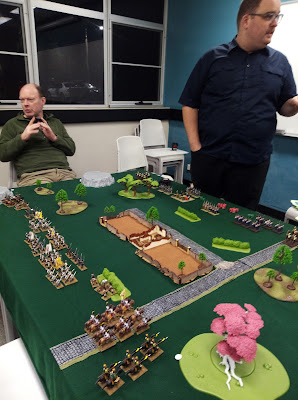 We played with two players on each side, each controlling a 24pt force. 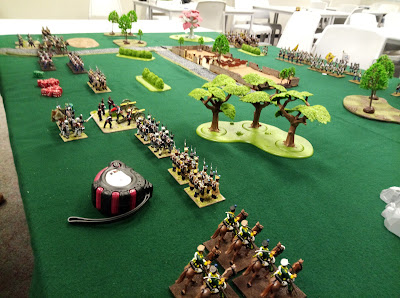 The French made a deliberate advance on the objective, so Caesar and I sent the Austrians in quickly; victory is about which side controlled it unopposed for the longest, and we were aiming to rack up plenty of time on the objective as soon as we could. A group of skirmishers grabbed it. They were not expected to survive any longer than it took for the line infantry to move up. 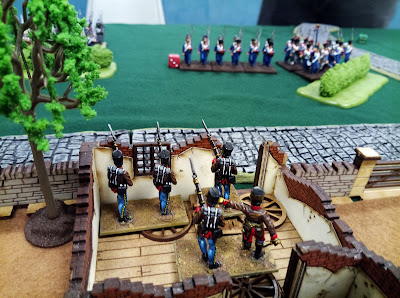 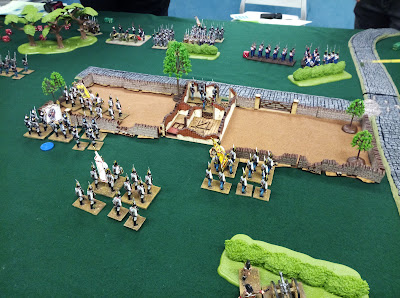 The French remained cautious as the Austrians consolidated control of the objective (despite the lack of direction from their drunkard of a commander). 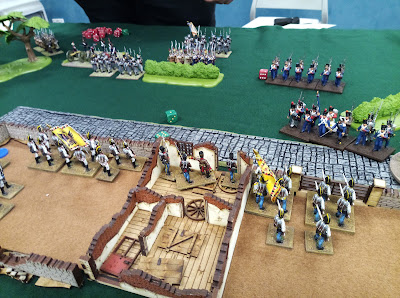 There was plenty of action on the flanks as well. 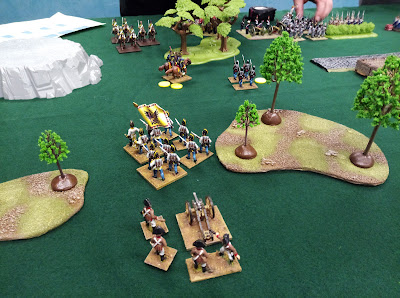 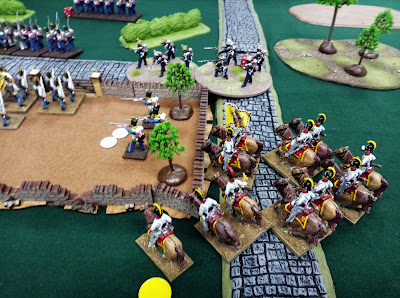 The French finally began their assault, and against all expectation the skirmishers held them off. 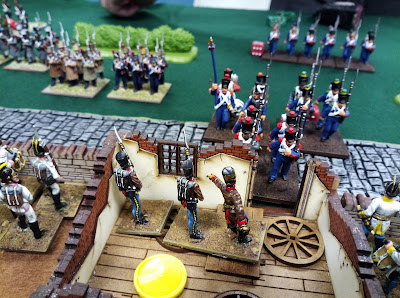 But the French attack was relentless, and their light troops had driven off the Austrian right. As the action ticked towards its time limit, Austrian control of the objective became more tenuous. 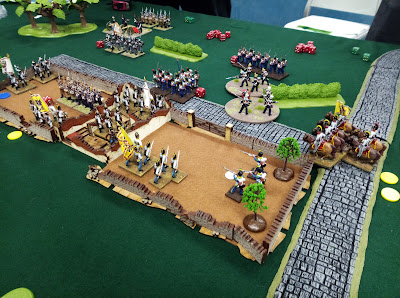 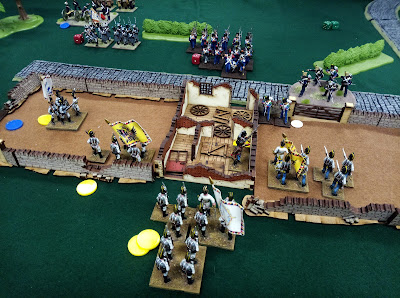 At the end the Austrians had taken a lot of casualties, but not enough to break their force. They'd inflicted enough on the French to achieve some honour, but the French had managed to even p control of the objective. The battle went down to honour achieved through random events dues to activation, and in that the French had edged slightly ahead, with their officer being considered heroic, and ours a hopeless drunk. So the French clinched a minor victory, albeit from a long way behind.

Thanks to all involved in putting on a fun game.
Posted by Kaptain Kobold at 13:11