I've wanted to do a refight of Isandhlwana for years now, and on Thursday I got my chance, when Vic and Caesar arranged a game using Black Powder. We were all rusty with the rules, and some of the scenario was made up on the fly, but we ended up with a great and entertaining game, albeit that the result was somewhat inevitable.

John and Vic took the Zulus, ran as three 'brigades' with a CinC. Caesar and I took the British, who were split into two commands with no overall commander, thus restricting their actions a little and reflecting a confused defence as well as friction between Pulleine and Durnford.

The camp and the eponymous mountain. 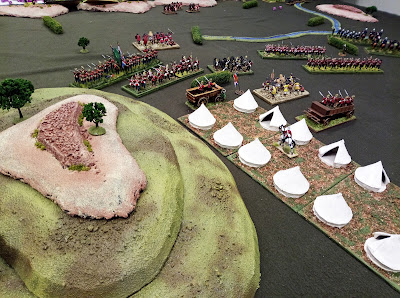 Zulus mass behind the hills. 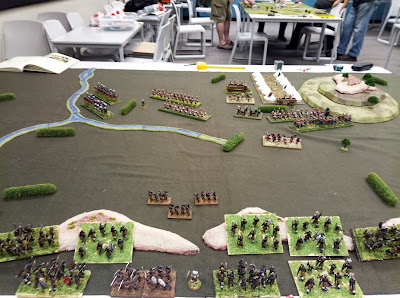 Durnford organising his end of the defence-line. 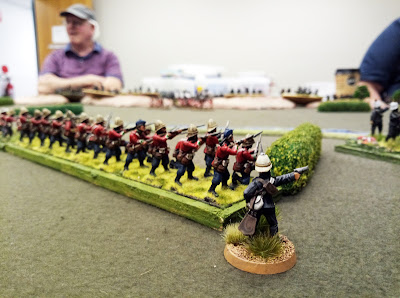 And here they come! 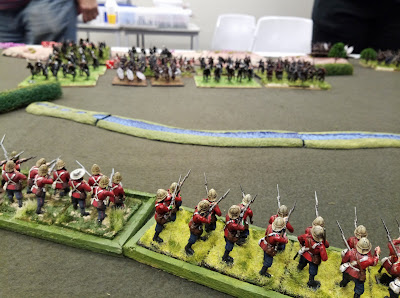 Caesar sent the NNC (represented by some very un-NNC tribesman loaned to the game by Bryan) on a wide sweep to the left in order to slow Zulu flanking moves around the mountain. The lower slopes of the mountain were passable, but the very top section wasn't, and provided a possible defensive anchor-point. 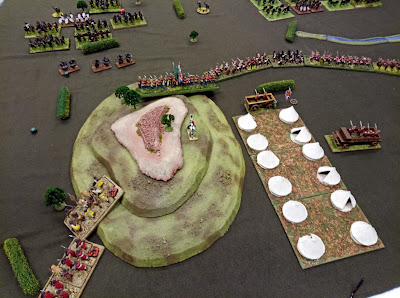 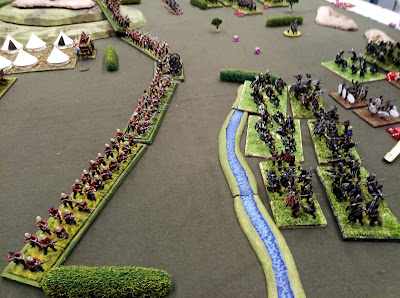 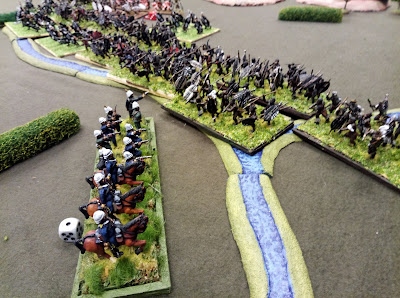 On the other flank the NNC came under attack. 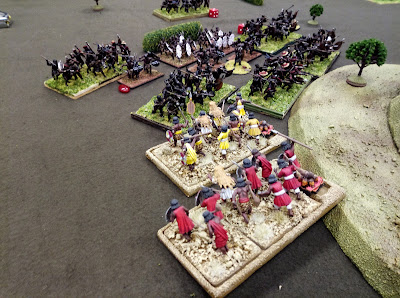 They lasted about as long as you'd expect. 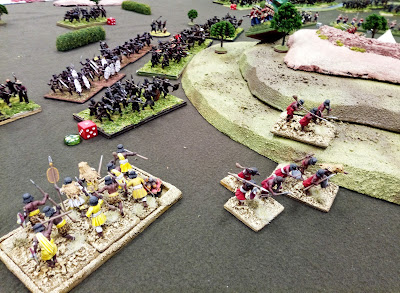 Meanwhile the Zulu centre was now pushing forward against the British centre. 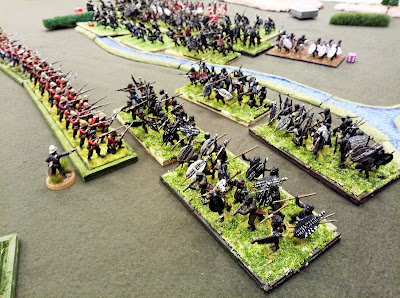 The British line started to fall back, the horse voluntarily and the foot less so. 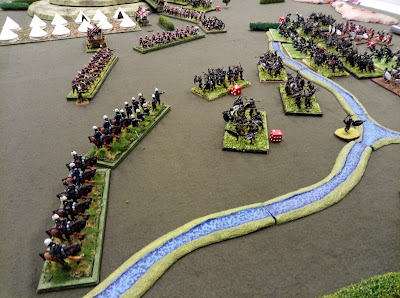 From then on it was simply a matter of how long the British would last, as the Zulus threw in attack after attack. Although casualties in combat were roughly even, the Black Powder support rules favoured the Zulus who had more units to provide it. 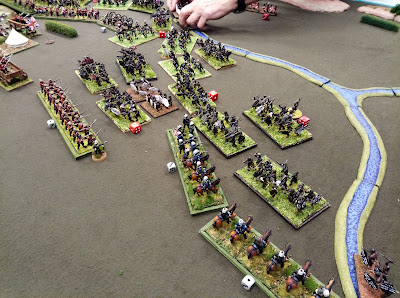 Caesar anchored the British left on the mountain, but the Zulus were determined and wiped them out. 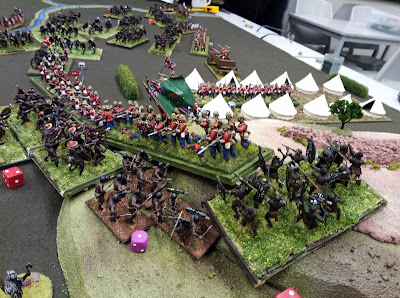 Most of the British line fell back. The artillery didn't. They put up a brave fight, but died at their guns. 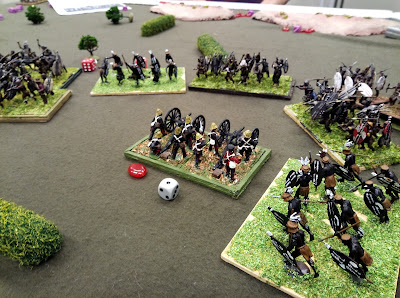 The Zulus mass for a final attack ... 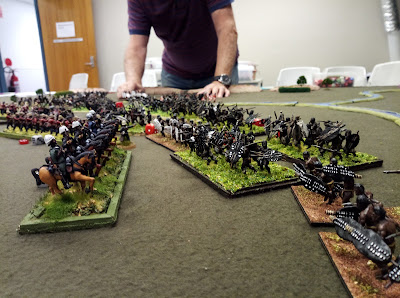 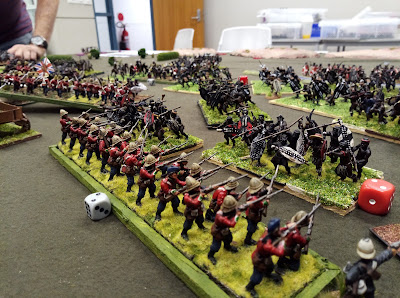 ... and the British collapse. With only three units left Caesar and I conceded. 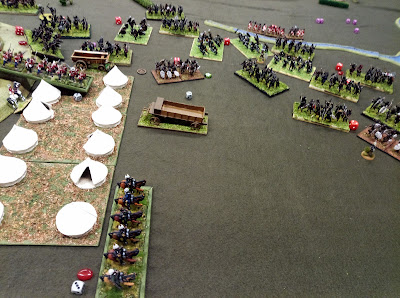 Thanks to Vic and Caesar for putting everything together. I was amazed at how long the British lasted. When I saw the endless masses of Zulus facing us I just assumed we'd be in melee in a couple of turns, and our units would rout from lack of support. In fact the British line proved more resilient than we though (we did play one of the support rules incorrectly for about half the game though, which did give us a small advantage).
Posted by Kaptain Kobold at 11:05