We did a refight of Kolin a few weeks ago, using Maurice, and it proved very successful. Indeed some members of the group did it again a couple of weeks later. This evening we tried it again, but this time Gary adapted it for Back Powder, so we could see how the rules compared. We used 10mm figures from Gary, Peter and Caesar; mostly Pendraken, I think.

Both Austrians and Prussians had about five commands each, with the Prussians having a shooting edge (simulated by use of the Sharpshooters ability). Their objective was to take two out of three designated objectives; the two hills and the town of Kolin on the main hill. They had ten turns in which to do it.

Here's the Austrian setup. We opted to ignore the one hill, and concentrate on defending the main one and the town. This was a high-risk strategy, but we felt that trying to defend both hills was stretching our forces too thinly. However a strong force of cavalry and supporting infantry was placed on our right to turn the Prussian flank there and compromise their attack. 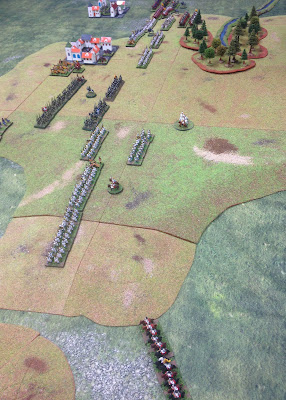 The Prussians. They put the bulk of their cavalry on their left, and went for an infantry attack in the centre. One command was far out to their right, tasked with seizing the nndefended hill, and then rolling up the Austrian left. 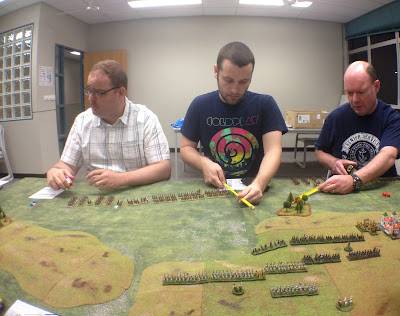 The Prussians advanced. Their artillery scored a few long-range hits. 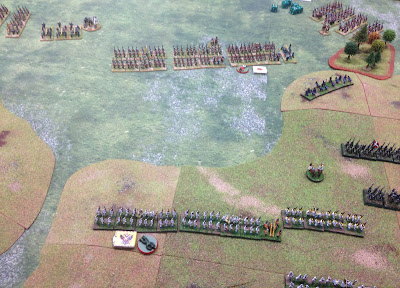 On the Austrian right Peter and Dave isolated Ralph's cavalry, leaving him looking a bit concerned. 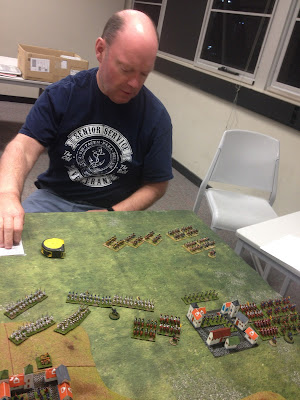 The game rattled along at a cracking pace. For all its faults, Black Powder can play quickly. 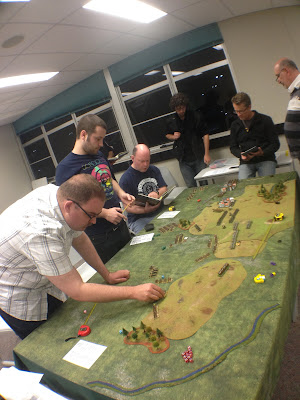 Ralph was missing his 28mm figures, so created his own cavalry in an attempt to hold back the advancing Austrians. 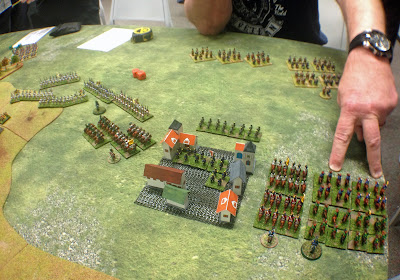 :Lots of out-of-focus cavalry, in a big fight. 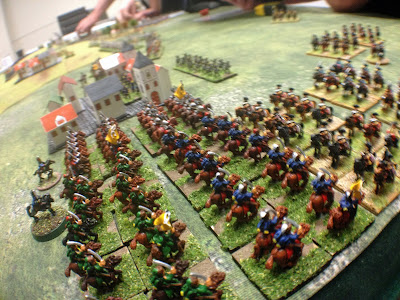 Meanwhile, on the main hill, the Austrians organised a line to hold the wave of Prussians advancing towards them. There was one unit of Austrian cavalry on this flank - the elite cuirassiers. They botched their order to advance, ambled towards some Prussian infantry, failed to charge and then broke when the first shots were fired at them 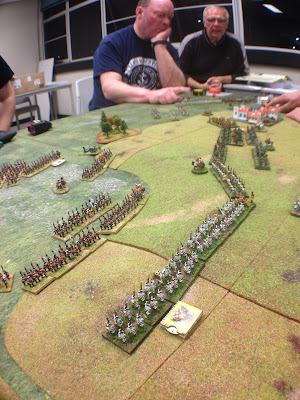 The cavalry action was intense, and thinned out units on both sides, but the Prussians got the worst of it. The Austrian cavalry pursued the scattered remnants, whilst their infantry reformed to move onto the left flank of the Prussian attack. 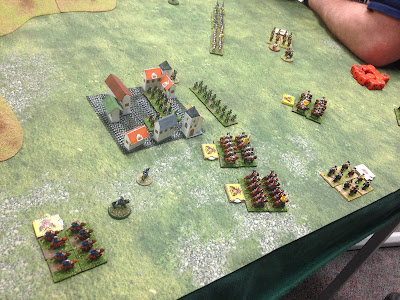 The Prussians advanced onto the unoccupied hill. 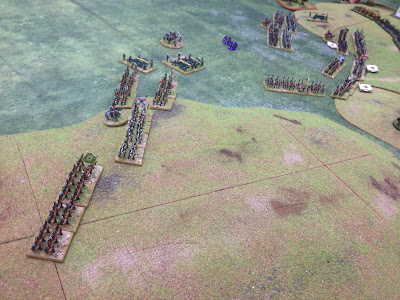 The Austrian line. As their commander was said to have put it, as he groped his mistress (or maybe it was just a random passing peasant-girl) "We're going to build a line. It's going to be a great line. A beautiful line. I build the best lines. Tremendous lines. And do you know what? We're going to make the Prussians pay for it. I'm going to make Austria great again." 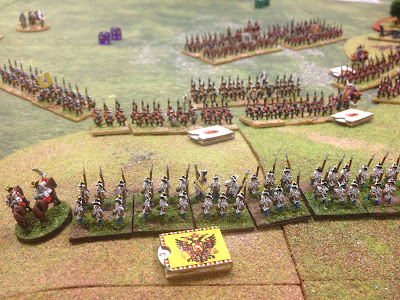 Bits of the line then fell apart.

The Prussians now had a lot of troops plodding up or towards the ridge. 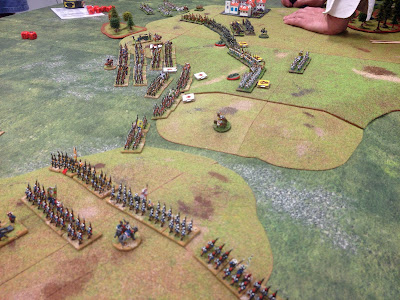 The small-handed Austrian commander tried to rally his troops. 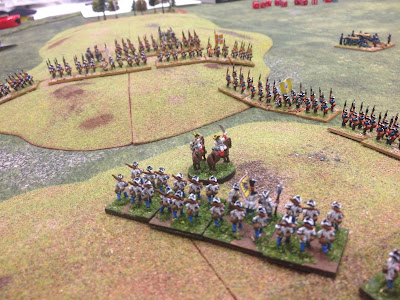 It wasn't all one-sided. Whilst not as good as the Prussian shooting, Austrian musketry did accont for a few attacking Prussian units. But they always had more to feed into their line, whilst Austrian reserved were few nd far between. Over on the Austrian right the infantry counter-attack was stalling in the face of some rubbish command rolls. 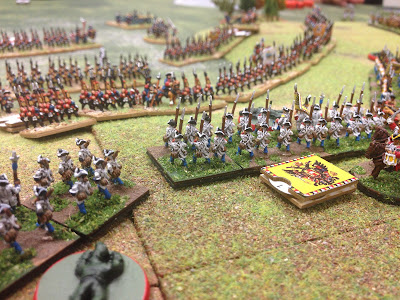 The Prussians began to envelop the Austrian left. 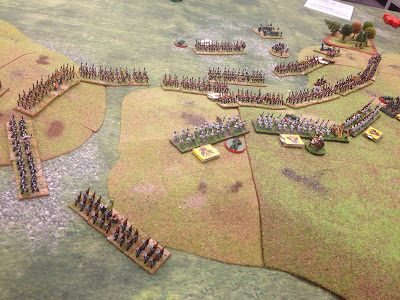 Reinforcements arrived from teh Austrian right, but at that stage we decided that they were too little, too late, and conceded to the Prussians. 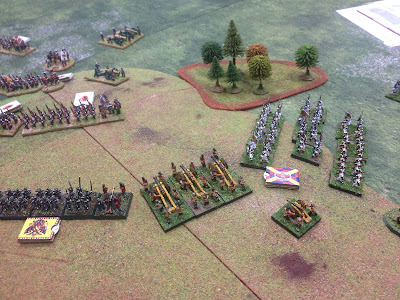 Black Powder once again delivered a brisk, enjoyable game and the period modifications went some way to making feel less generic. However in the discussions afterwards we felt that it still didn't have the period feel that Maurice does, with units collapsing quite quickly once the fighting starts, instead of the long drawn-out firefights of Maurice.

Still, we had a good time, and thanks are due to Gary for once again putting together a great evening's gaming.
Posted by Kaptain Kobold at 07:14