With a new car added to the racing stable, it seemed right and proper to give it an outing,

First off, I christened it. Most of my cars are named after songs on my iPod; the new spiky buggy becomes 'Please Don't Touch'.

I teamed it up with another buggy - Dead Flag Blues - and they ended up chasing Max himself. 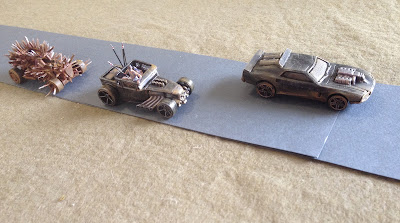 And that's all they did do - chase. First Dead Flag Blues tried to set up a shot. But failed. 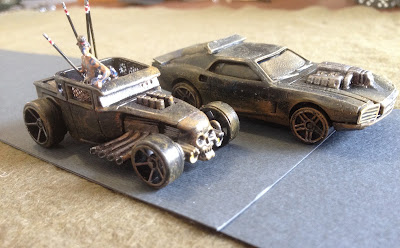 Please Don't Touch had a go. And failed. 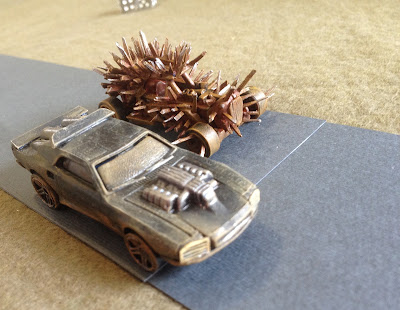 They both had a go. And failed. 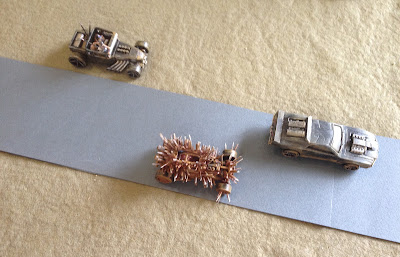 Try from a different side? Fail. 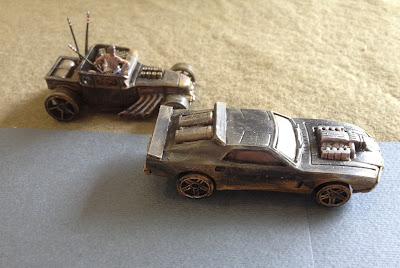 The problem was that the random road generator kept producing straights, and the V8 Interceptor is magnificent on straights because the engine acts as a great big, difficult to pass, speed boost. 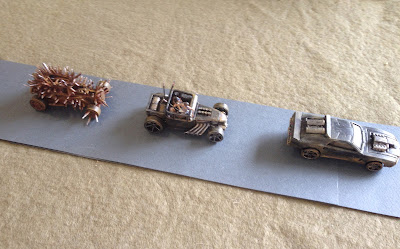 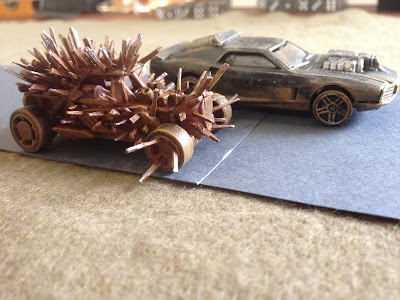 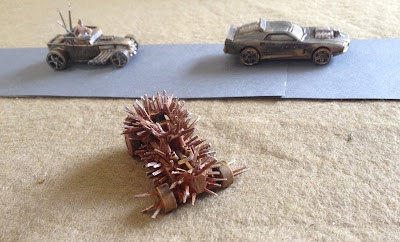 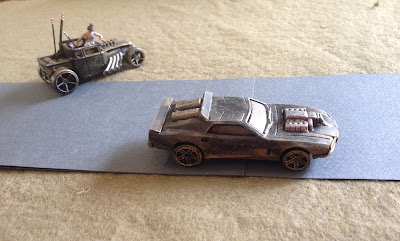 My Digger On A Truck doesn't have a name, yes. I teamed it up with a bike, and set them loose on Meeting Mr. Miandad, the gun-toting Kombi. 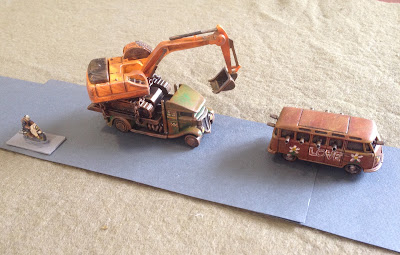 First off the bike rushed ahead, thus forcing the Kombi into a more active role in the chase. 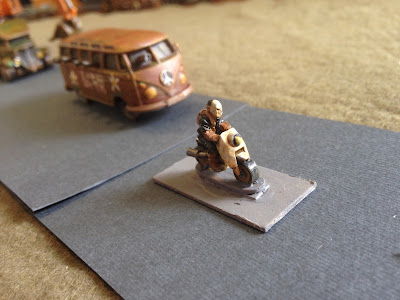 The vehicles cruised along in a line for a while, building up bonus dice and looking for an opening. 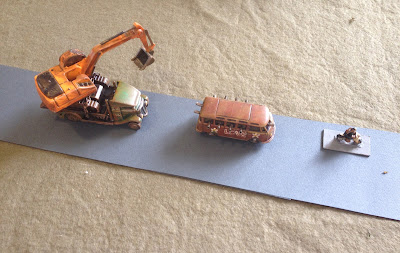 Meeting Mr. Miandad swung over to line up his rear guns; gunfire seemed to be the only safe way to deal with the monster in the rear-view mirror. 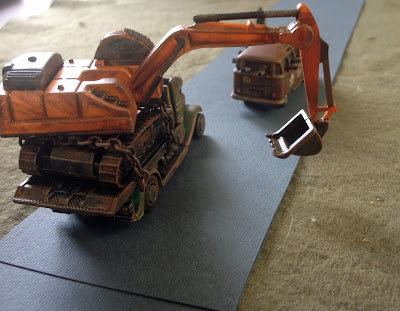 The driver failed, which gave the Digger On A Truck a chance to attack. This involved lots of dice. 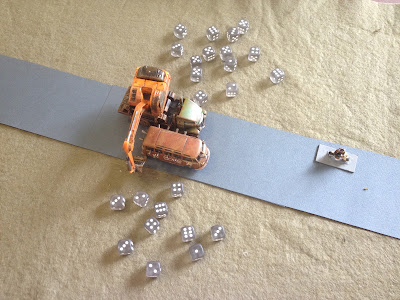 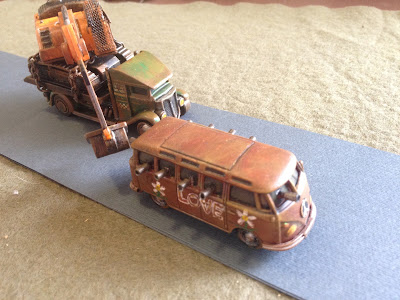 Meeting Mr Miandad saw a brief opportunity to engage the bike, but the bike swung over to prevent it. 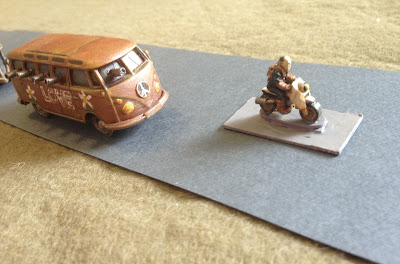 So the Kombi lined up its guns on the Truck again, and this time scored a damaging hit. 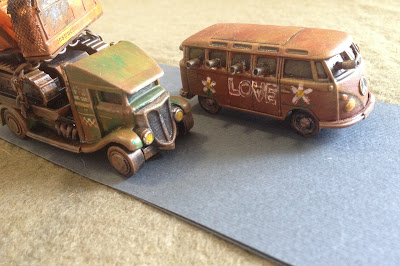 And another. Two solid hits saw the truck seriously damaged, and the digger arm almost useless. At that point the bike gave up. 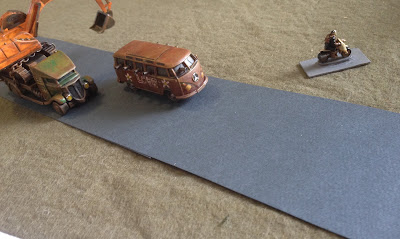 With no support, and having taken severe damage, the truck pulled out on the next turn. 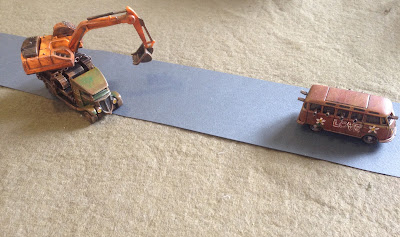 Despite the lack of actual mayhem, both chases were fairly exciting to run. I ran the chased vehicles, with a mix of AI and common-sense for the pursuers. It seemed to work OK, although I think live players would have probably chucked in more bonus dice early on than the AI does.

I'm in the mood for making some more vehicles now.
Posted by Kaptain Kobold at 20:22