It's October again, and that can only mean one thing; the annual post promoting Frocktober.

Frocktober is a month-long event organised by the Ovarian Cancer Research Foundation here in Australia in order to raise awareness of, and funds to help fight, (you've guessed it) ovarian cancer. Here's what they say:

Ovarian cancer is an insidious disease, often known as a “silent-killer” as symptoms are vague and often strike without warning. Unlike many other cancers there is no early detection test. Consequently ovarian cancer is often diagnosed in its late stages and only 20%-30% of women will survive beyond five years of diagnosis. In comparison, survival rates increase to 80-100% when ovarian cancer is detected and treated early.

The Ovarian Cancer Research Foundation is Australia’s pre-eminent ovarian cancer research body. Our goal is to raise ovarian cancer awareness and vital funds for the development of an early detection test that will save women’s lives.

We receive no government funding and rely on the support of our community and business supporters to assist in driving our research forward.

The classic way to raise funds is to wear a dress every day in October. Obviously that's fine for some, but despite my tendencies in that direction I'm not sure it would go down too well at work. My choice is to frock up at least once during the month, get some nice pictures and then use them to convince you and others to donate to the cause. This year I have been organised enough to manage two outings, and in one I was joined by the lovely Mrs Kobold.

First off, here's the link so that you can donate: Frocktober 2016

And, pride of place in the display of photos, is Mrs Kobold, in a replica Regency gown that she made herself, because she's really clever like that. It's actually the first time she'd ever made a dress, so all in all a good effort I reckon. 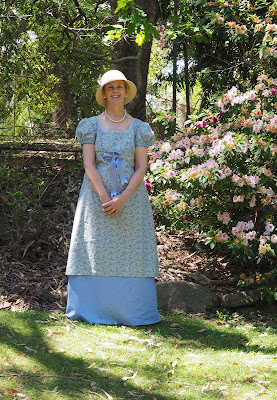 I went for shop-bought; boho/hippy goodness from Tree of Life. One of the staff recommended this particular one to me, and I reckon she made a good call. 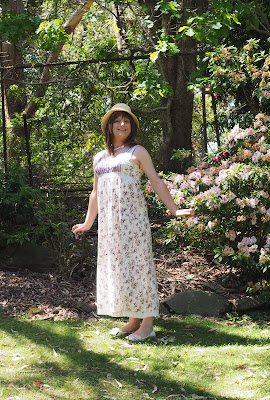 Here we are together. 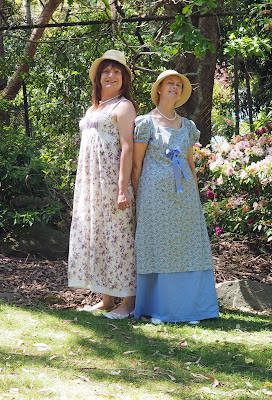 The pictures were taken in the Wollongong Rhododendron Gardens, which wed earmarked as an excellent place for flouncing around in suitable frock earlier this year. Frocktober just offered a good opportunity. 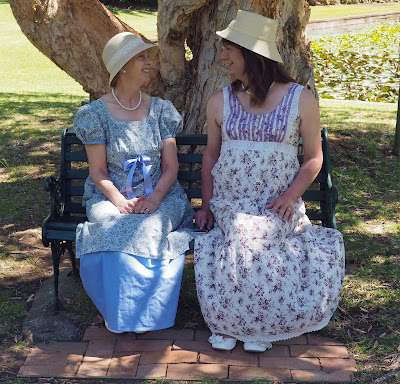 Earlier this month I had a day up in Sydney to shop for camera bits for our upcoming holiday, and decided that it would be as much fun to do it in a frock as not. So here's Froctober 2016 - Part 2 (which took place before Part 1). 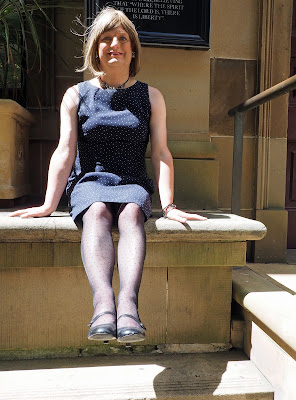 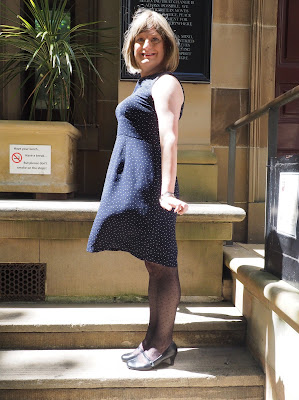 Maybe next year I'll go for Frocktober at MOAB.
Posted by Kaptain Kobold at 10:52