Continuing my Galleys & Galleons experiment, where I am pitting vessels with the Unorthodox movement trait against other types of movement, we come to Steam Engines.
I dug out some of my ACW vessels, put them on bases and set up the same 3 vs 3 format I'd used before. All ships were Q3 C3, with chasers. Steam Engine costs 1 point less than Unorthodox, but I didn't feel the small difference in points was worth worrying about.
The terrain ended up fairly simple; just a couple of areas of shoals (shallows).
Here are the steamships in line ahead. Steam vessels are a curious middle-ground in Galleys & Galleons; they get mandatory movement, like sailing vessels, but have to spend actions to change their speed. They are relatively slow; maximum speed in 1 x M. 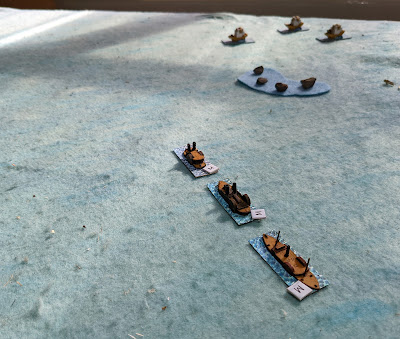 As teh steamships approached the Ivory Towers tried a very long-range shot, but missed. 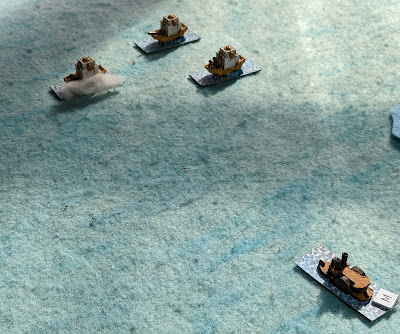 The lead steamship turned and brought its broadside to bear. Its shot also missed. The two squadrons ranged up alongside each other and some proper firing took place. The Ivory Towers took the first damage. But the Ivory Towers were able to use their ability not to move in order to line up decent firing positions and then stay there. They started to return the favour in terms of damage. 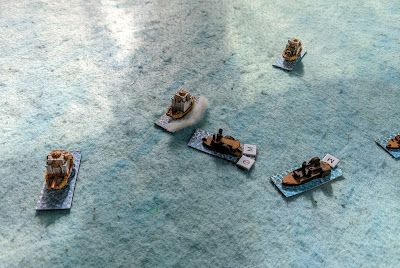 The lead steamship was battered by two Ivory Towers, lost some of its propulsion and then caught fire. The crew abandoned ship after it collided with an Ivory Tower. 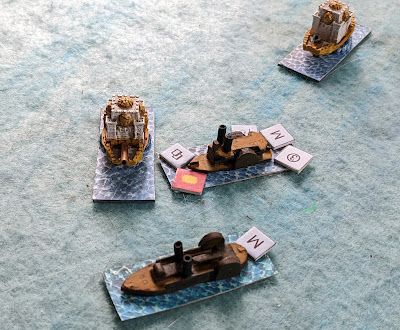 The steamship second in line was raked and also ended up badly damaged. 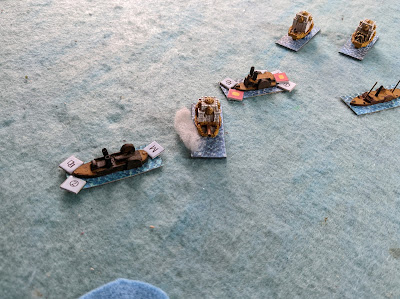 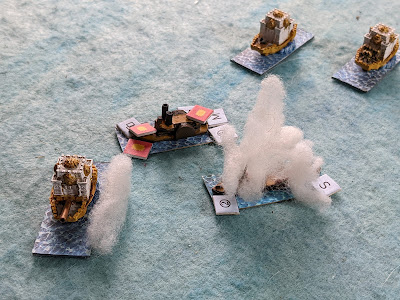 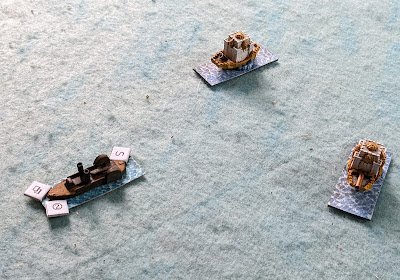 More fires! This time an Ivory Tower caught fire. But the crew quickly extinguished it. 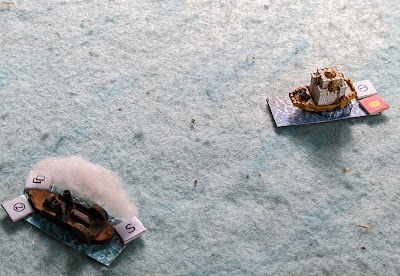 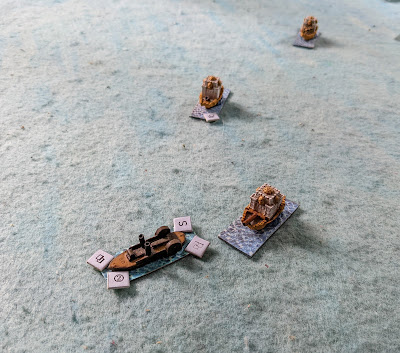 So the Unorthodox Ivory Towers have won all three test games. Whilst it's not the best of sample sizes, it does suggest that the Unorthodox trait may not be as bad in play as it appears on paper, although I do still have reservations about it when compared to galleys.
Posted by Kaptain Kobold at 07:30