As a change from my Unorthodox experimentation in Galleys & Galleons, I had a go at a normal sailing ship action yesterday. I set up a refight of this fictional action, set in 1676 during the Scanian War, and featuring tow of the largest warships in the world of that time, the Swedish Stora Kronan and the Danish Sophia Amalia.

This time I labelled the ships, so the report will be easier to follow.

Both sides started the game heading towards each other with the wind on their beam. Christianus V led the Danish line, followed by the flagship Sophia Amalia and the Dannebroge brought up the rear. The Swedish line was headed by Hieronymus, followed by Stora Kronan and then Draken. The frigates of both sides sat to leeward of the line. 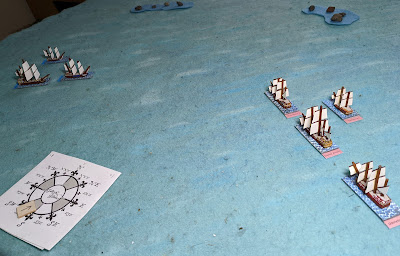 The Swedes turned slightly towards the Danish line Christianus V passed across the bows of Hieronymus and its first broadside brought down a mast. 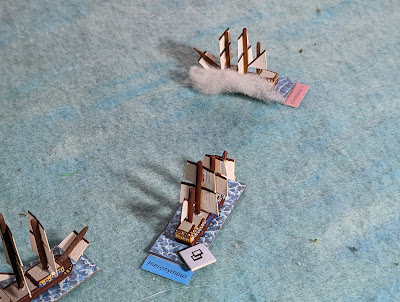 The two lines converged and the battle began in earnest as Christianus V and Hieronymous pounded each other. 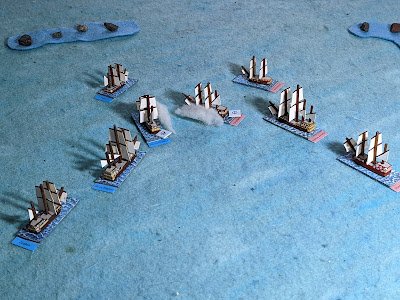 Trouble for the Dames! The Sophie Amalia shortened sail, but the Dannebroge astern of it didn't. Both ships suffered damage in the ensuing collision. 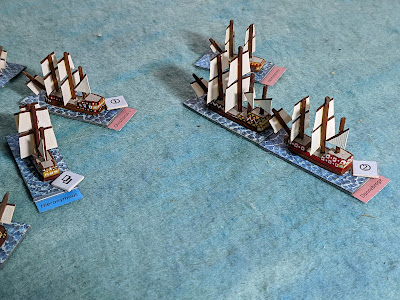 Towards the shallows the frigates engaged each other, with the Swedish Fenix crossing the stern of the Danish Hammeren. 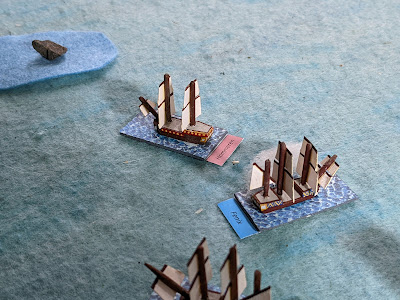 The action now became confused. Hieronymous and Christianus V continued their duel, and broke away to port. But the other ships continued on their original course, leaving Christianus V separated from the rest of the Danish squadron. 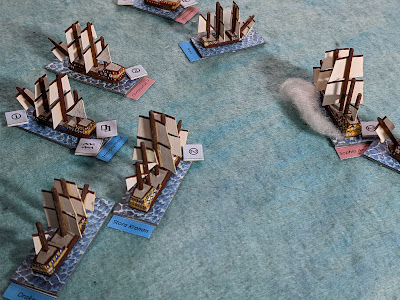 The two flagships were now closing up on each other, as Hammeren turned away from the fight to avoid the approaching Swedish line-of-battle ships. 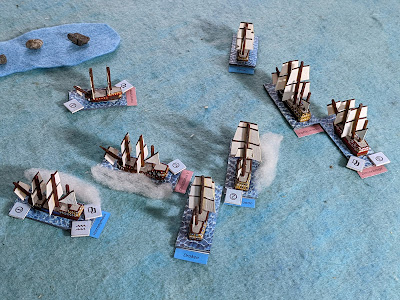 Stora Kronen fired on Dannebroge at the rear of the Danish line, and inflicted some critical damage, knocking down some spars. 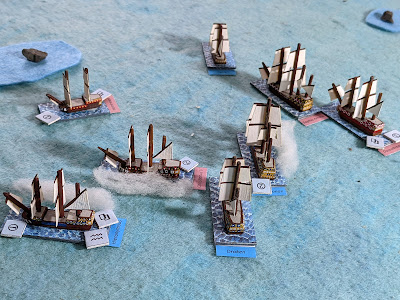 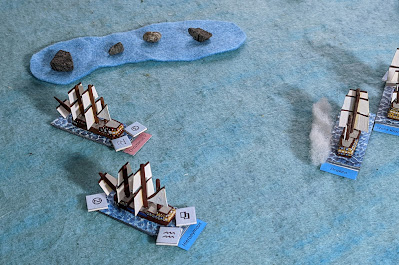 Sophia Amalia was pulling away from the action, struggling to turn into the fight. A shot from Fenix's chasers started a fire on board.

Unable to catch Sophia Amalia, Stora Kronan and Draken concentrated their fire on the hapless Dannebroge. It too struck. 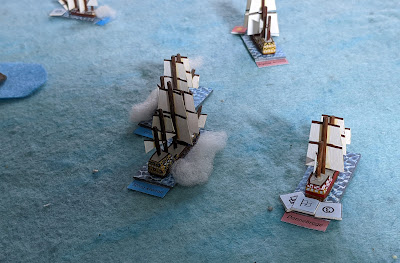 Sophia Amalia's crew extinguished the fire, but  their ship was now badly damaged and proving difficult to sail, whilst the Swedes still had three vessels in action. Prudently they sailed for safety. 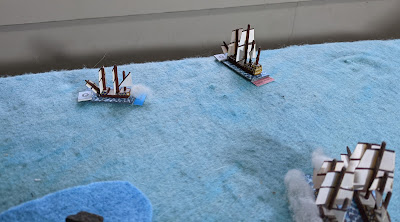 The big flagships are quite hard to control in a scenario like this, and you have to juggle giving them actions - which they can fail - with ensuring that the rest of teh squadron is able to do what it needs to do. Both sides suffered trying to maintain their line; the Danes suffered a collision, whilst the Swedes came close (look at how the Draken shaved along the side of Stora Kronan in the latter pictures). There's some tricky sailing to be had in this battle, for all that it's a battle of big guns.