I threw together another game of 'Simplicity in Practice' today. I gave both sides the same forces - four foot, one gun and three horse, although I made the Russian horse dragoons and the Swedish horse heavy cavalry. I randomised the terrain, then deployed both armies.

I decided to try an arbitrary orders system. I divided each force up into logical groups, created three 'plans' for each, then diced for what they'd do. Here's the opening move for each side. The Swedes in the foreground decided to advance their foot from the security of its protective terrain and attack the Russian centre. The Russians decided to hold in the centre, but outflank the Swedish right. The horse of both sides decided to sit tight, although that of the Russians would advance slowly to secure the flank of its infantry. 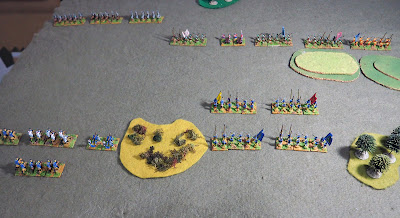 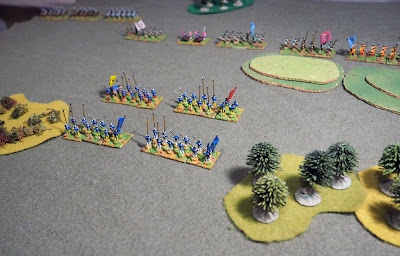 But what if it was obvious that your plan was, to put it simply, total bollocks. easy. At the start of a turn you could change it. Unless you rolled a 1 or 2, in which case you carried on with the plan you had. The Swedish horse changed theirs, to an aggressive attack, and piled into the Russian cavalry, driving it back. 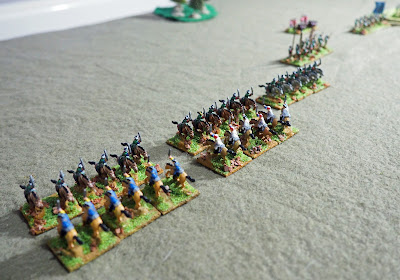 The Russians modified their plan to a more subtle envelopment, whilst the Swedes tried to adopt a defensive posture, hoping to bring their second line up as they did so. 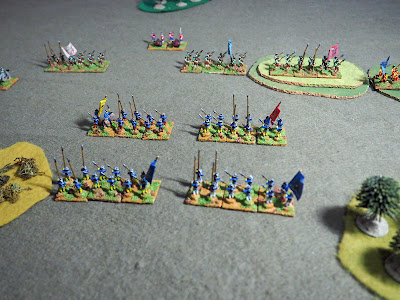 On their left the Swedish cavalry polished off the bulk of the Russian horse, who'd taken a few pot-shots at the Swedes with no effect. 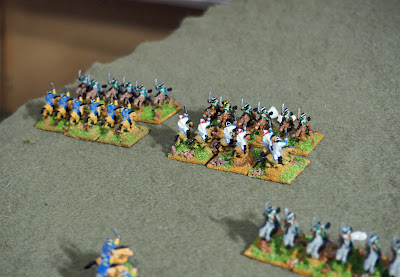 The Swedes settled into inactivity as they failed rolls to change orders. The firefight saw casualties on both sides. 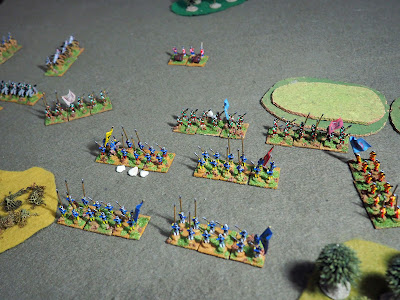 The Swedish cavalry deftly changed their orders to a sweep across the Russian rear, and continued their bold ride. The last of the Russian dragoons disappeared, unable to retreat because of enemy units behind them. 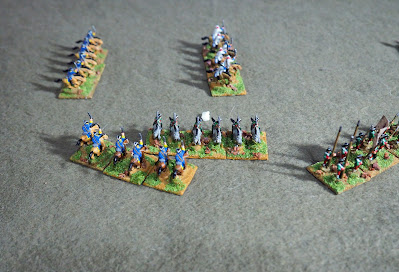 Even some Russian foot was under attack now. Well-supported Swedish horse rode them down. 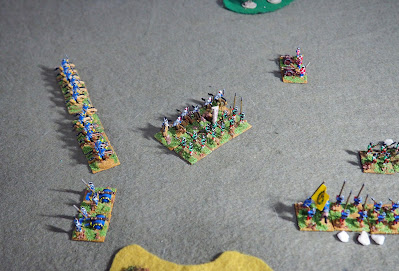 The Swedish foot slowly got their act together, moving to cover their flanks and add to the musketry. Both sides had now lost a unit. 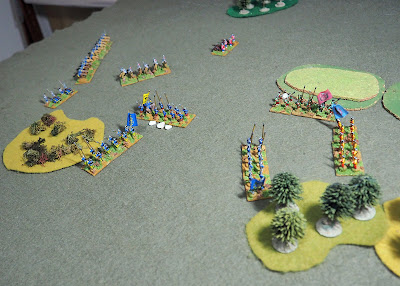 The Russians were close to breaking. If their artillery was lost to the Swedish cavalry then that would be it. But it repulsed the first attack against it. 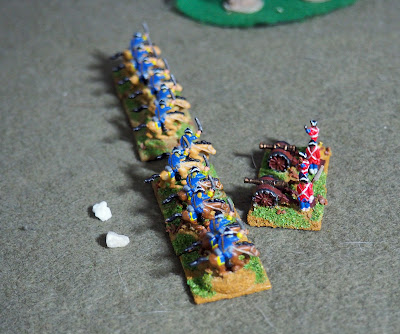 It didn't win the second attack, though. 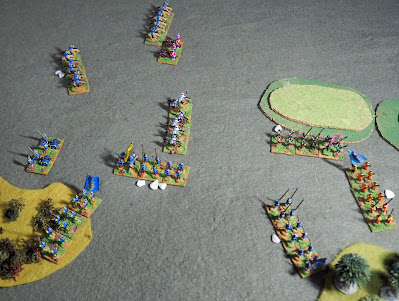 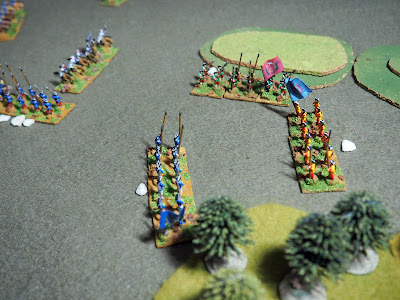 I think that, possibly, the Russians need at least one unit of heavy cavalry to fight the Swedes on equal terms in melee. The dragoons can shoot but an aggressive charge can be on them before they get the chance, and melee is brutal in this game.
The order system was OK for a game like this, which would have otherwise been a solo stalemate caused by there being no obvious opening move for either side. I'm not quite sure how to formalise it, though. Or whether I either need to. Or want to.
Posted by Kaptain Kobold at 20:14