Camelot And The Barbarians

I set up a quick game of HOTT yesterday lunchtime - it's wet here so there's not much point to going out anywhere. I used Camelot (two heroes - one a general, a paladin, four knights and two blades) against the Wainrider Barbarians (one hero general, four knights, four warband and two shooters). The Barbarians defended, and set up a terrain of dense woods. Camelot attacked out of them. 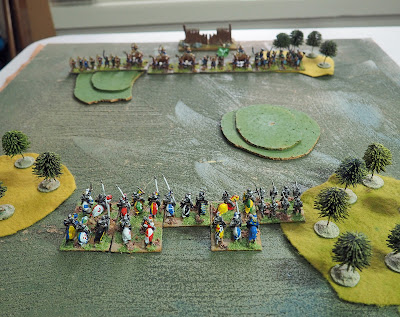 The Barbarian army arrayed in front of their stronghold.

The Barbarians' left was the warband, and they were pushed forward rapidly to overwhelm the blades on Camelot's right. 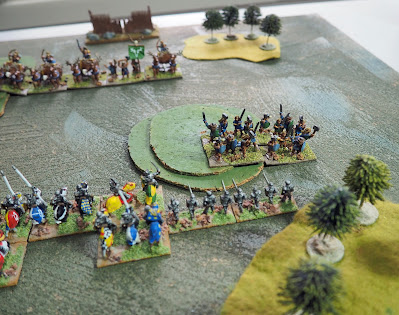 The rest of the Barbarians moved forward to catch Camelot before they could fully extend their line after emerging from a gap between the woods. 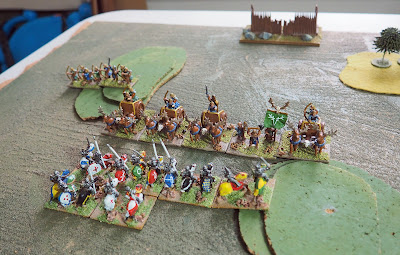 Camelot sent an element of knights to assist their blades, leaving Lancelot dangerously exposed on the end of their line. The knights helped hold off the warband attack, though. 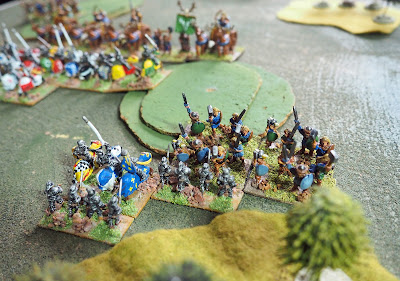 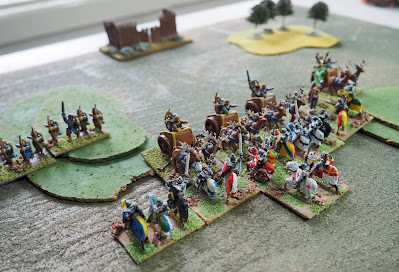 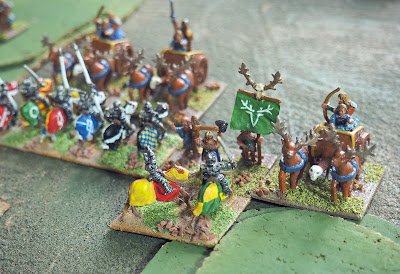 A Wainrider surged forward to support their warband, which were suffering badly under attacks from Camelot's mounted and dismounted knights. 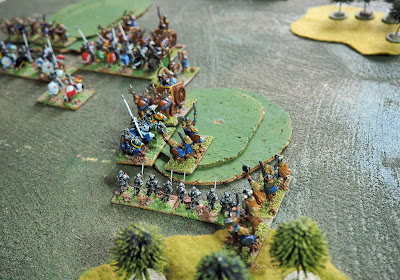 The fighting in the centre became push and shove as the knights on both sides charged and counter-charged. 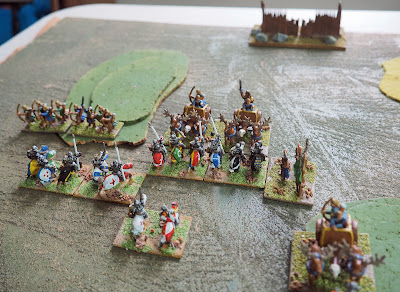 The Wainrider supporting their left flank was destroyed. 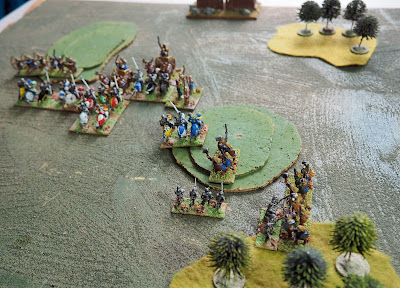 The Barbarian hero general was flanking Camelot's line, so they sent in the lone element of knights to draw him away. 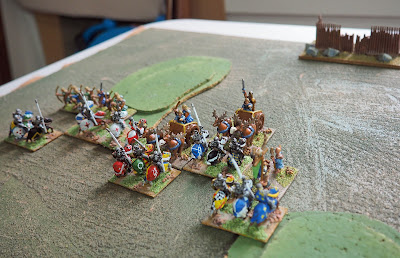 On the other flank Arthur was heroically busying himself cutting down Barbarian archers. His knights were now winning in the centre as well, as more Wainriders were destroyed. 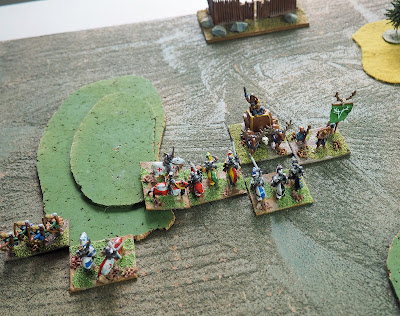 The Barbarian army broke when Arthur cut down their second element of  archers. 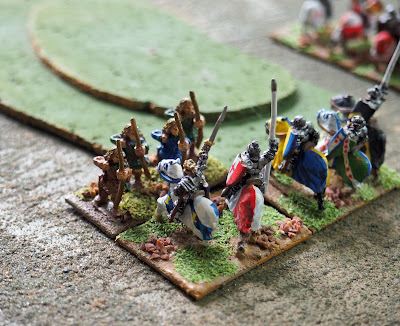 The Barbarians lost one warband, two shooters and three knights (12AP). Camelot lost a hero, a knight and a blade (8AP). So it was closer than it seemed.

This was the final position. 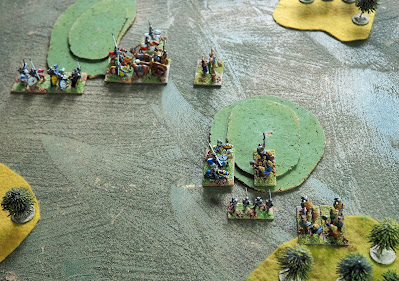