I finally finished my American army for Weird WWII HOTT last week (bar the stronghold, which I'm still pondering). On Thursday night, at the my first Gong Garage Gamers meeting for a month, they had their debut game - against the Germans, of course.

Based on Hollywood and comics, of course, the army consists of:

The Germans defended, their position being based on two hills. 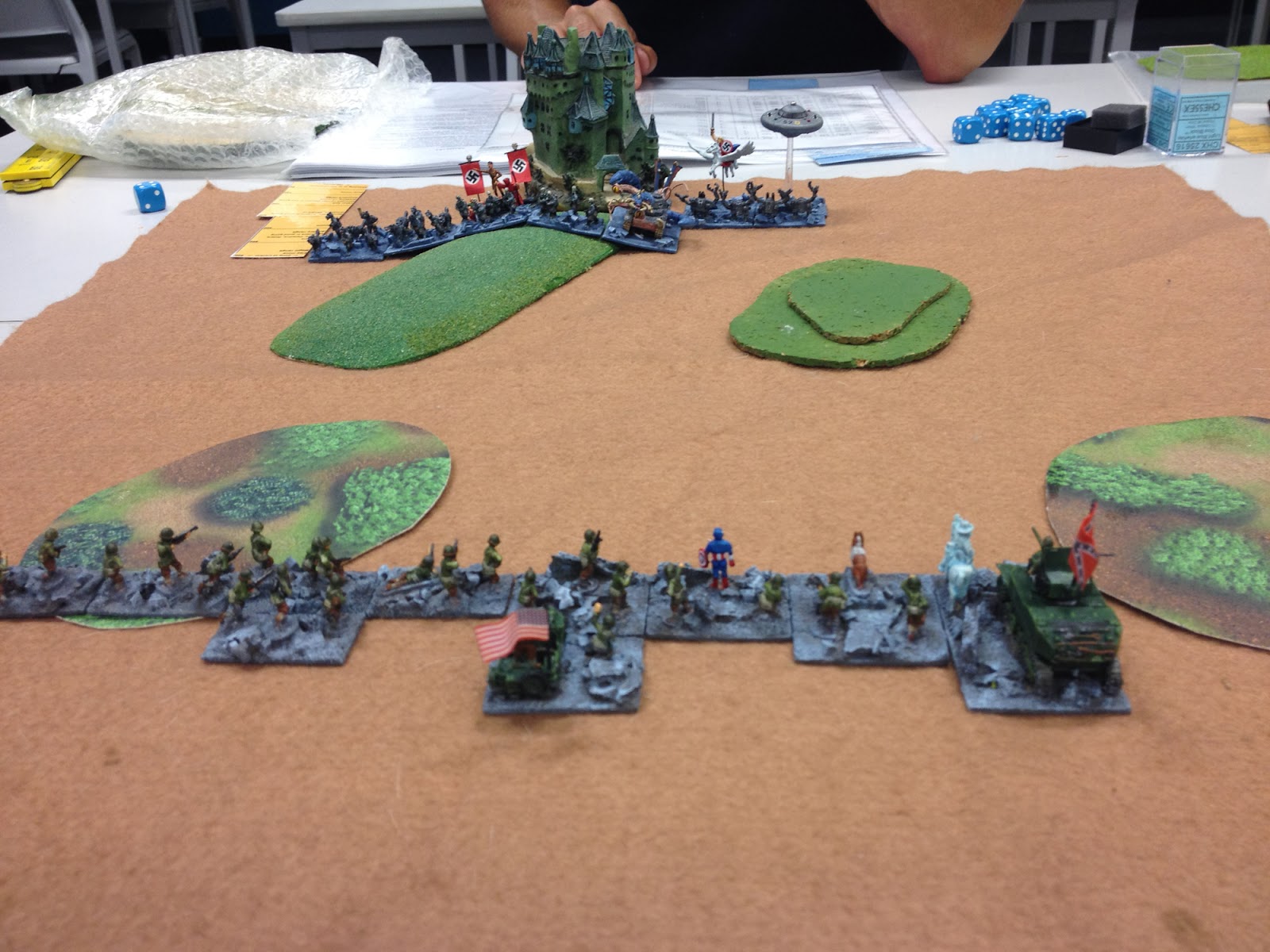 Here's the Haunted Tank, making up the US right flank. 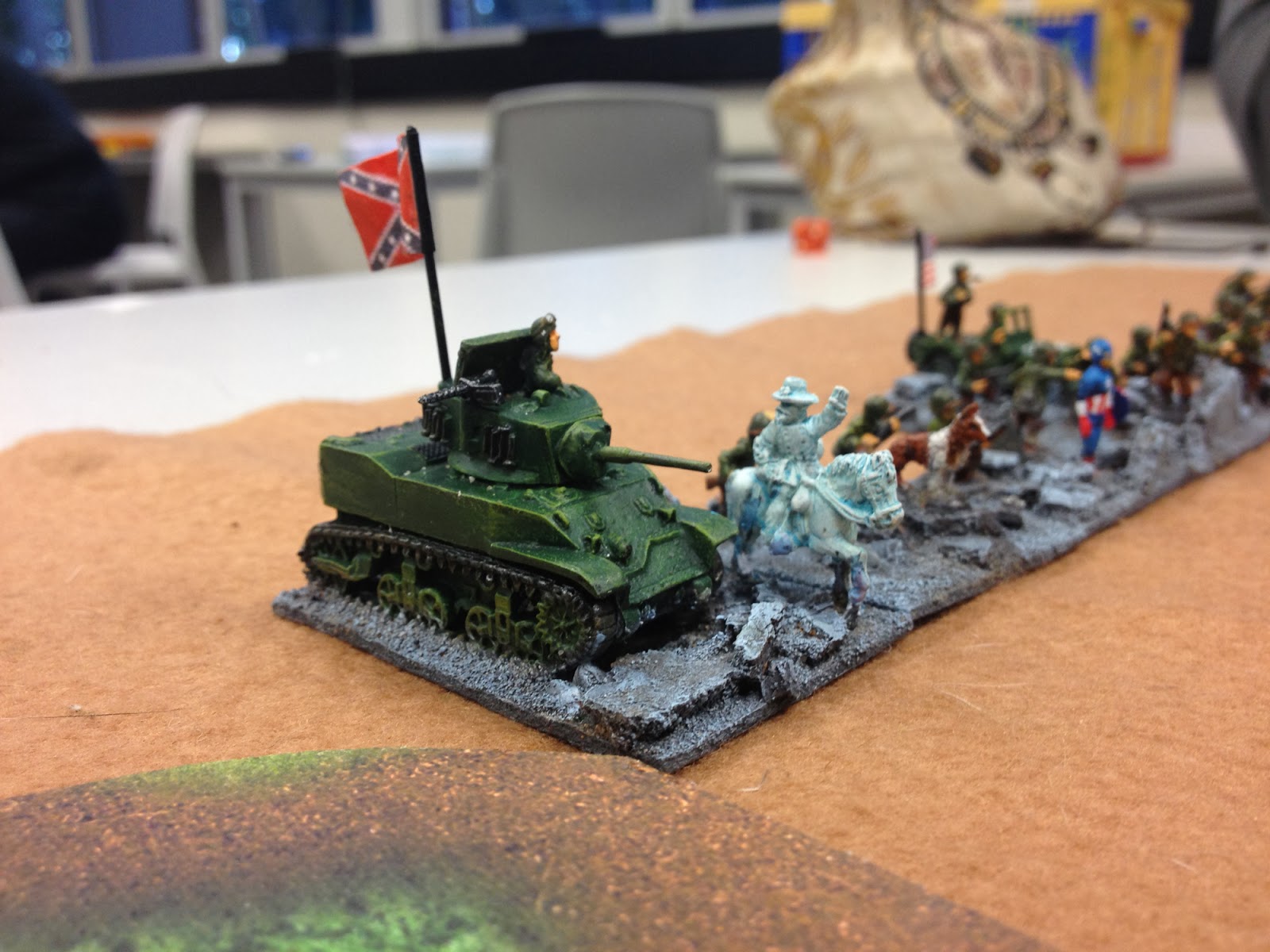 The general commands his troops from the rear. 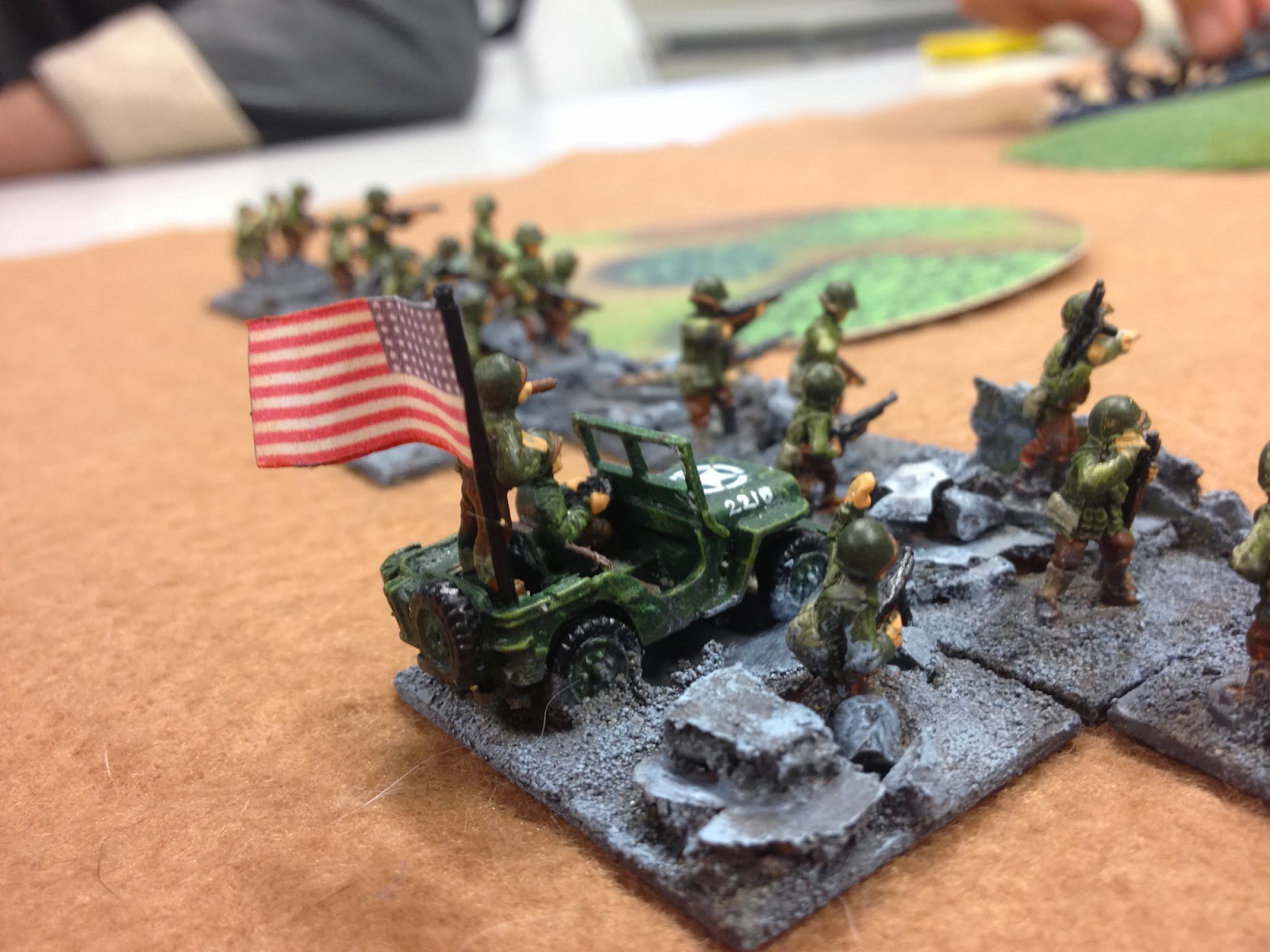 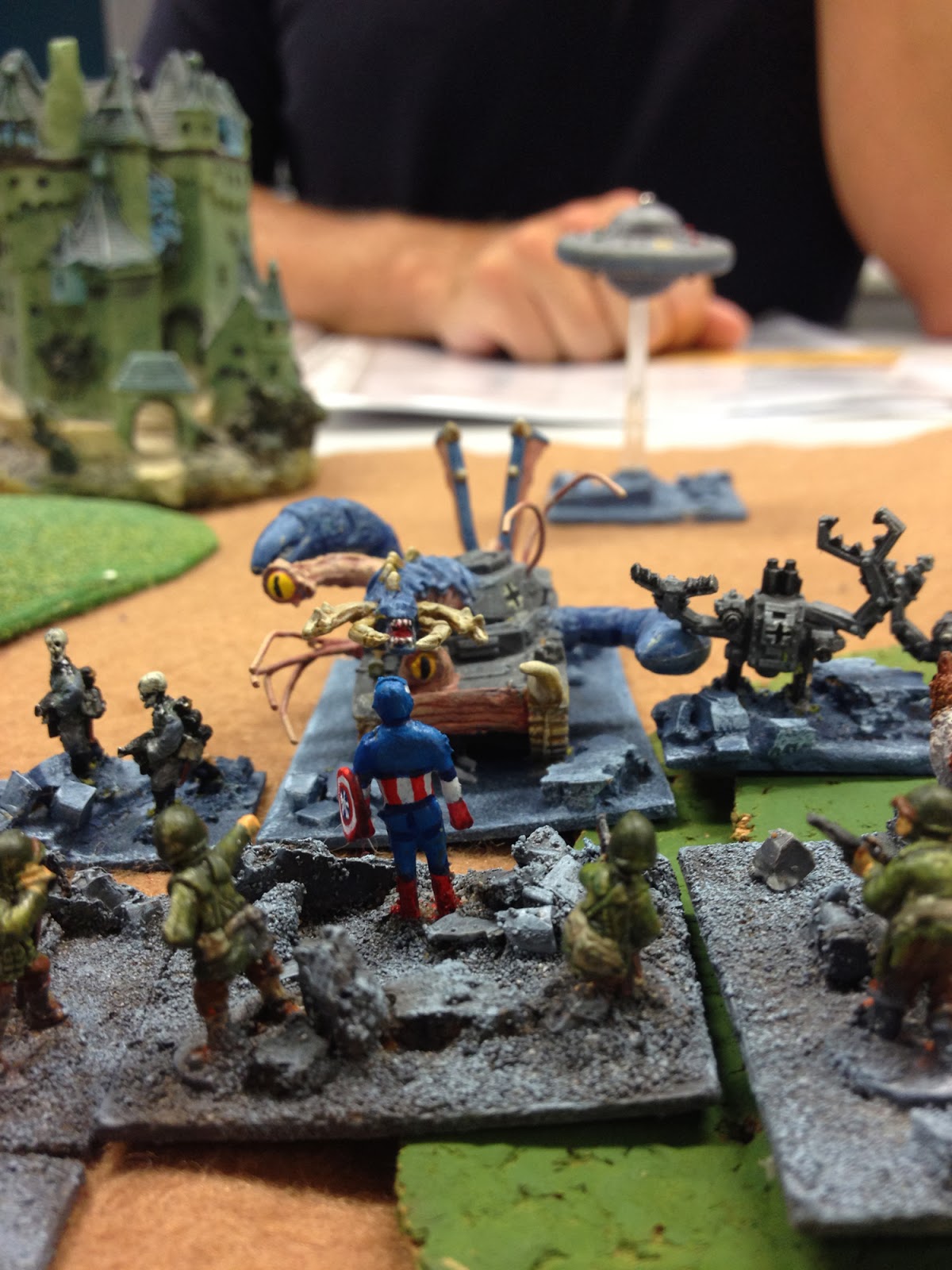 Lassie and The Haunted Tank are also engaged. The Haunted Tank destroys an element of Nazi robots, but Lassie finds them less to her taste and is driven back. The robots would fight off Lassie and the tank for the rest of the game. 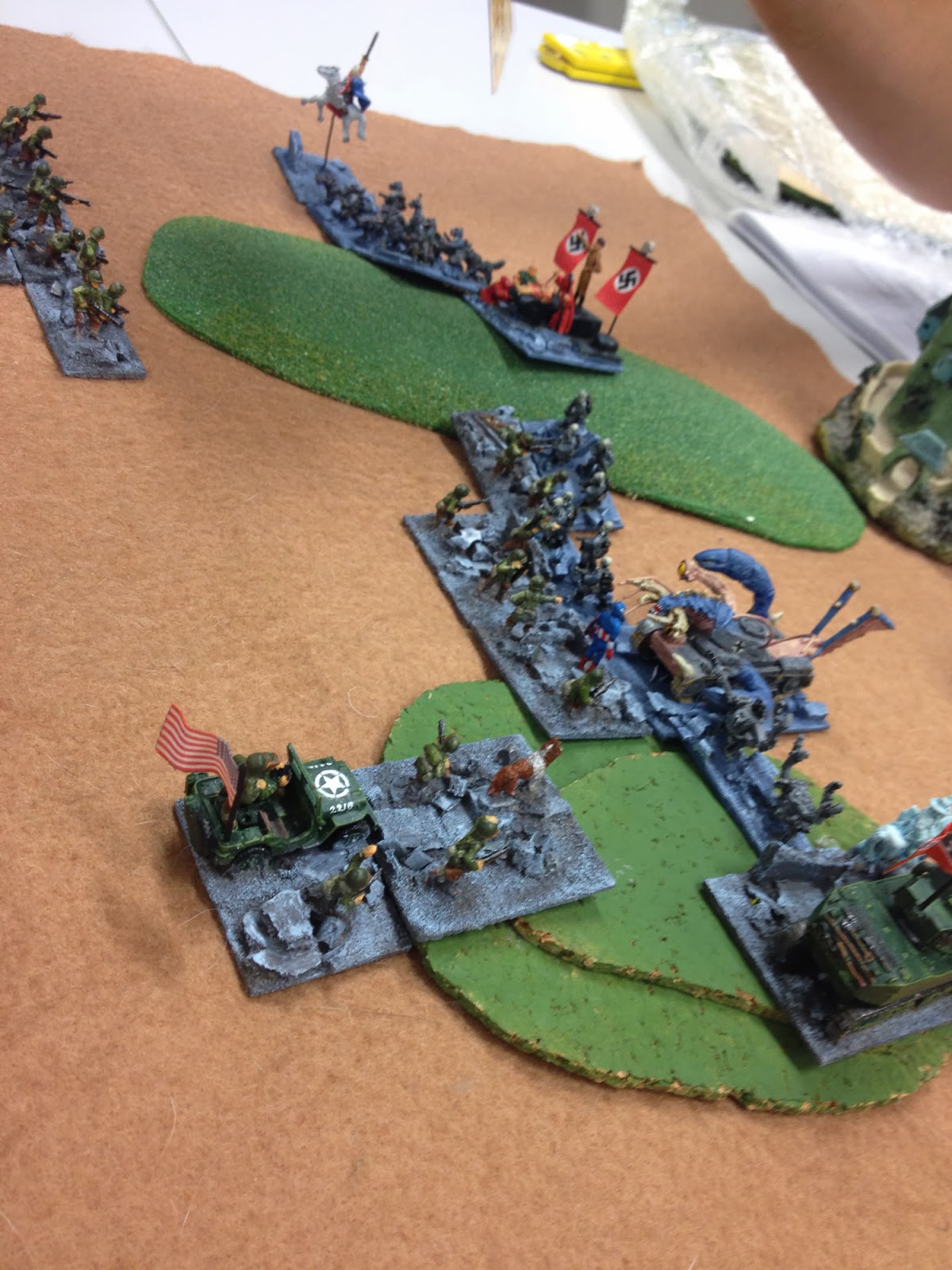 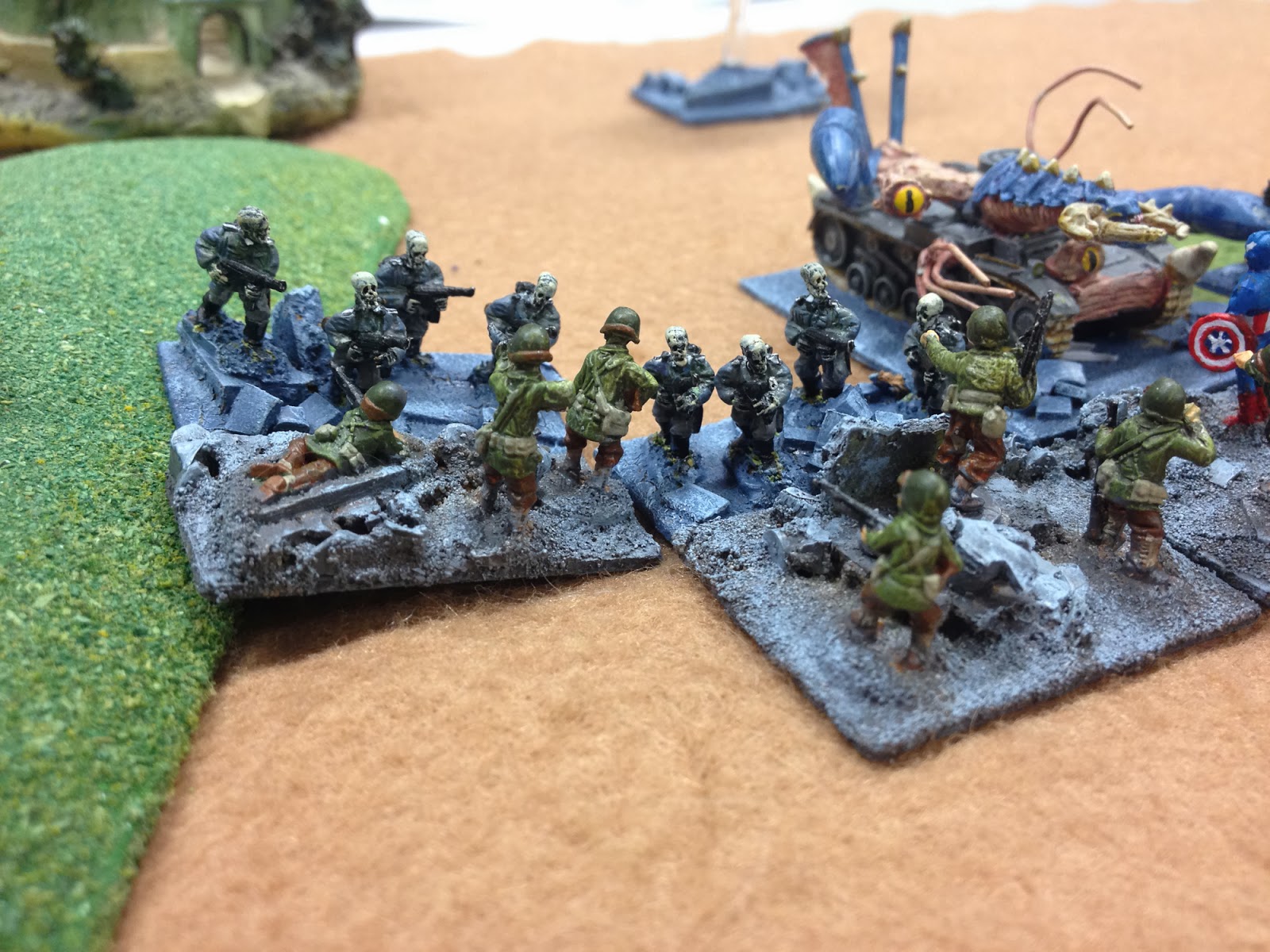 Captain America fell to the Demon Panzer (don't worry - he's not dead; just in suspended animation), so the US general was forced into action. 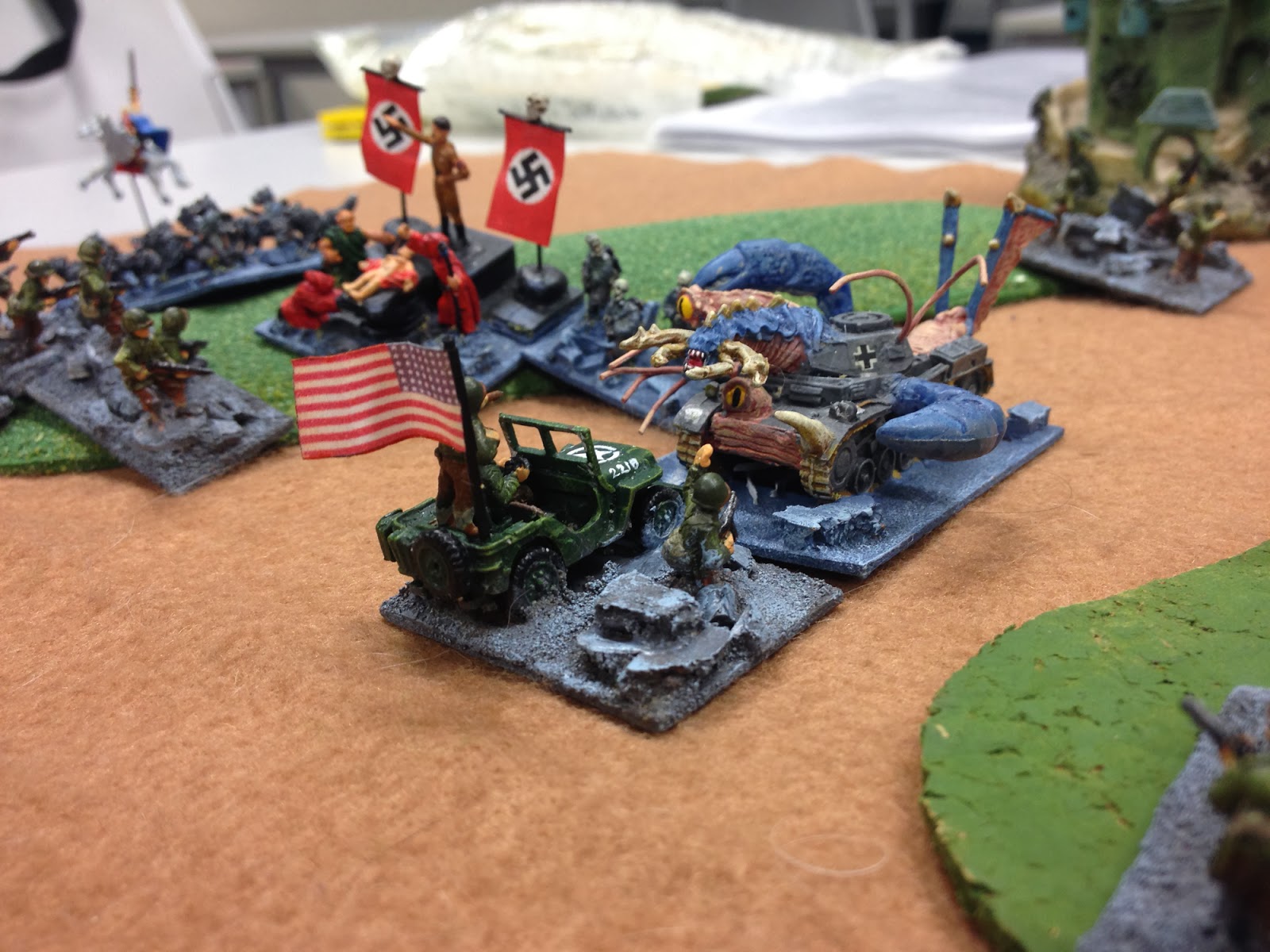 Lassie and Sergeant Rock rush to help, surrounding the Panzer. In fact Sergeant Rock had already fought his way through to the enemy stronghold, but failed to capture it, and his flee move put him close into the rear of the Demon Panzer. 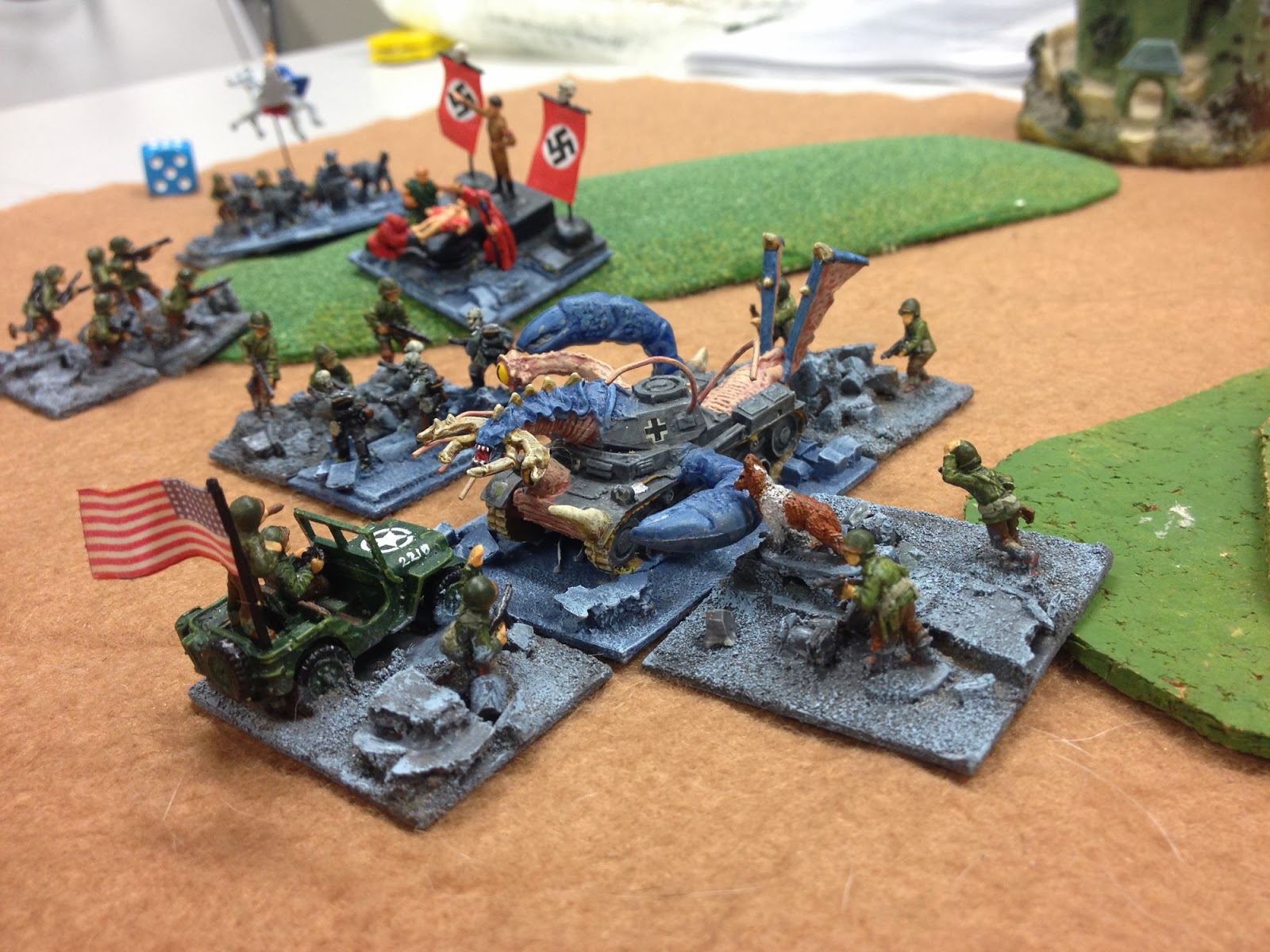 Try as they might the US forces couldn't finish off the Panzer. As their elements were whittled down elsewhere, it fought off attack after attack. Eventually Adolf himself stepped in, and finished off Sergeant Rock to win the battle for the Germans.

The Americans are a fun army to play, with a hard-hitting Hero and Paladin combination. Of course the downside of this is that they are vulnerable to losing these troops, and the rest of the army - Warbands, Knight and a Beast - are potentially brittle if things don't go their way.

In a second game we pitted the Germans against the Russians. The Russians won after a bold German attack on their centre became over-extended and got outflanked. 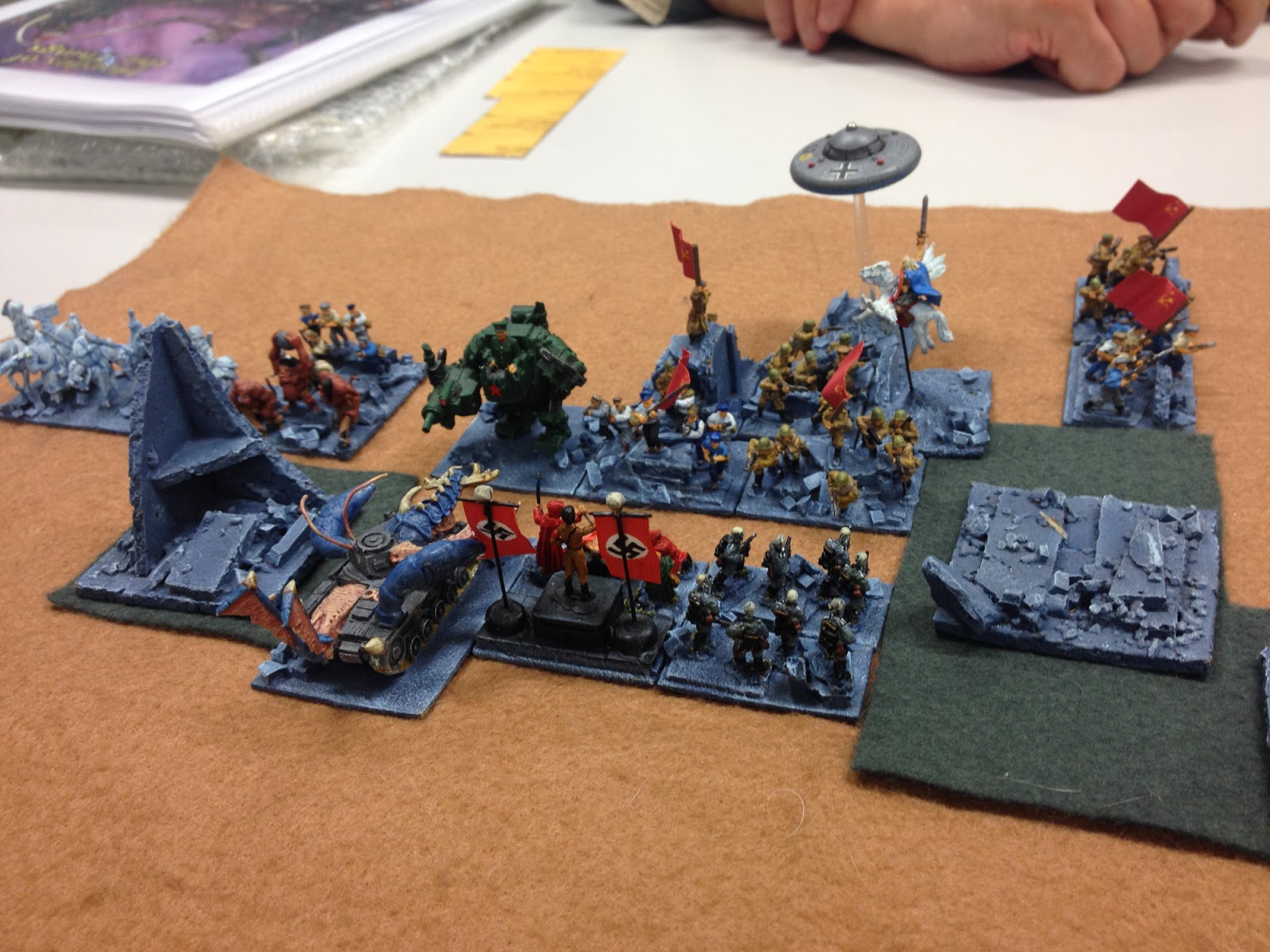 Meanwhile - another time and another place; this HOTT game on another table used essentially historical medieval armies. 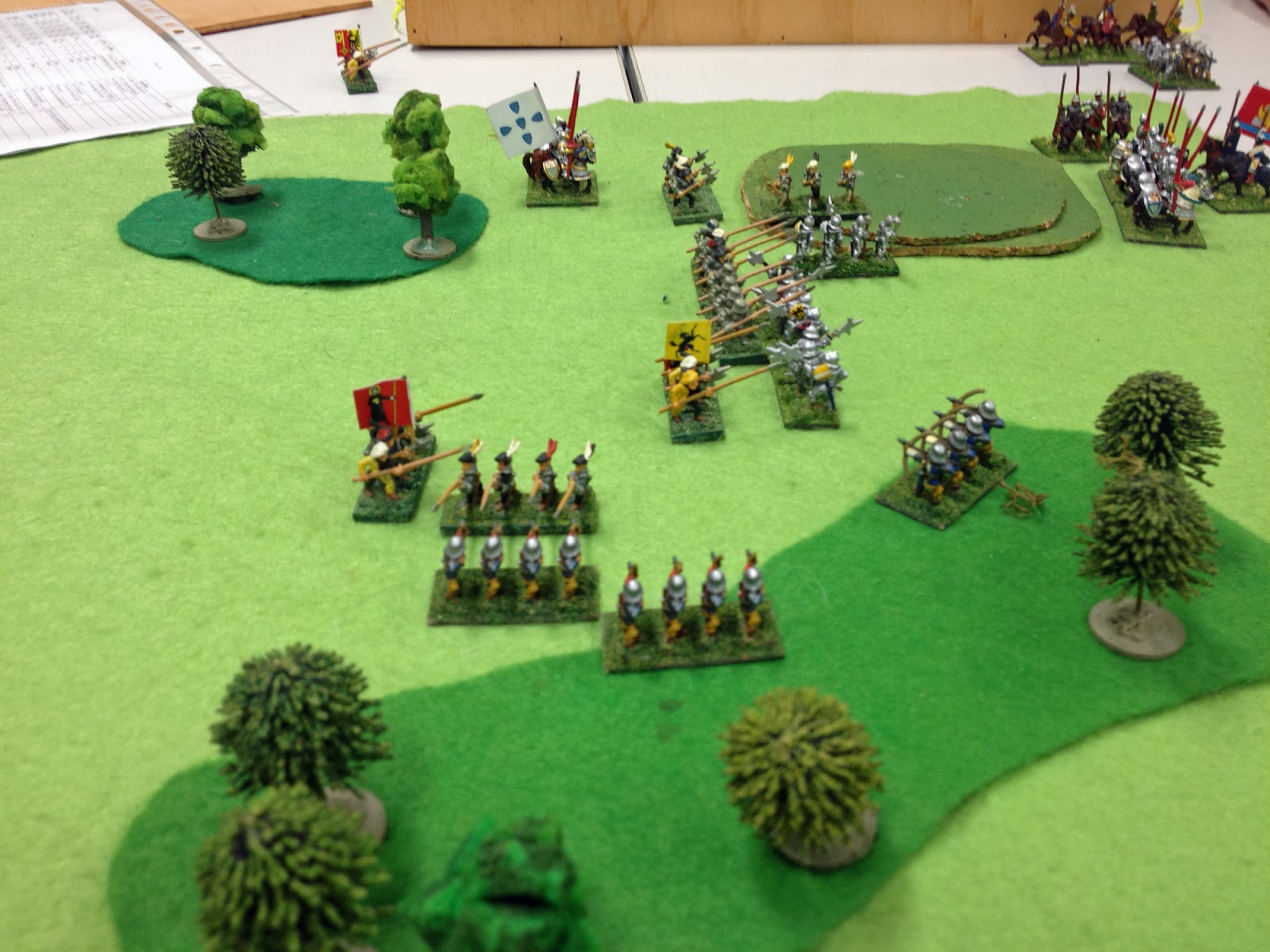 There was also an epic game of Bolt Action on the go, with Germans fighting French resistance, but I neglected to get any pictures of it.
Posted by Kaptain Kobold at 19:36