Having fended of the Weird Nazis, the Soviets thought they'd had enough of fighting. But it wasn't to be. Dark Nazi sorcery had opened up tears in the fabric of space and time, and through a particularly large rabbit-hole came invaders from  ... Wonderland. Led by their decadent Queen of Hearts they marched on Moscow.

I used random terrain placement for this game. This left the armies fighting on an open plain before a long ridge. Given that the Soviets were outclassed in bad going but had an edge in mobility, this was to their advantage.

Here's how the armies deployed. 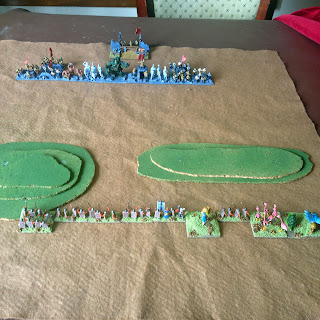 And here's the position after a couple of bounds. I had taken several pictures before I realised that my phone was set to square format. So a lot of the action was chopped off at the edges. 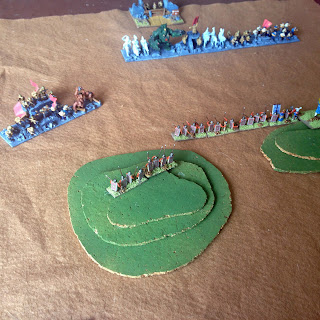 The Soviets advanced a strong right, trying to outflank the army of Wonderland. Wonderland responded by deploying a couple of Spears on a hill. 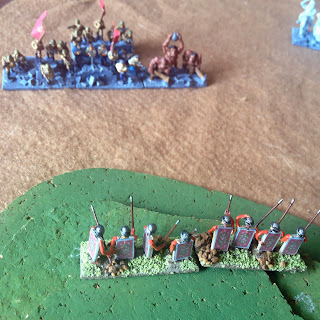 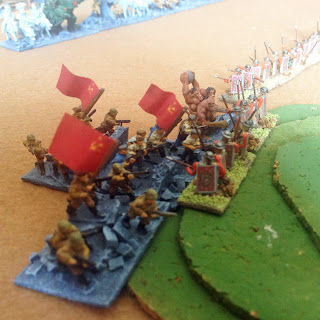 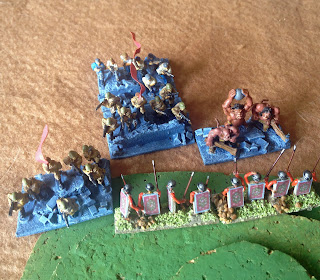 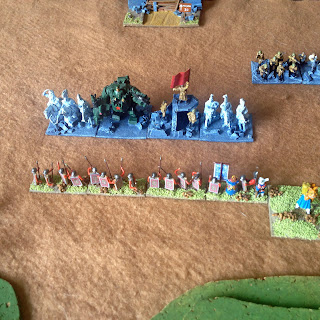 Meanwhile the Wonderland Beasts worked their way around the Soviet left. 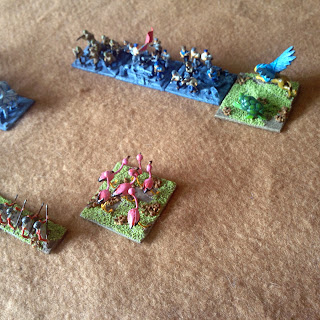 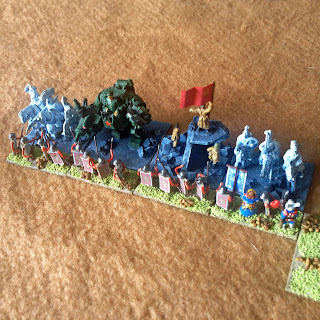 ... including another failed attack up the hill. 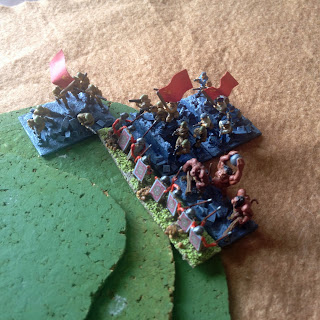 The Soviets fall back in the centre... 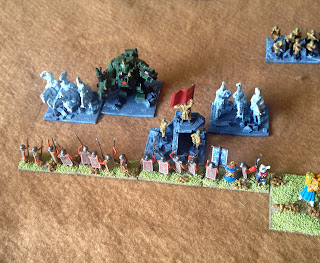 ... aside from the Hero of the Soviet Union, who fought alone. At this point I hadn't noticed that he'd been deployed facing the wrong way. 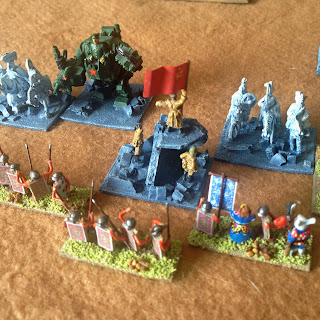 On the Soviet left armed factory workers put up an heroic last stand as they were assaulted by flamingos, a griffon and the mock turtle. 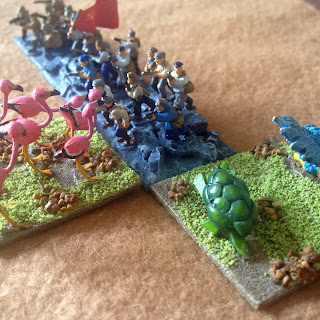 But they didn't last long. 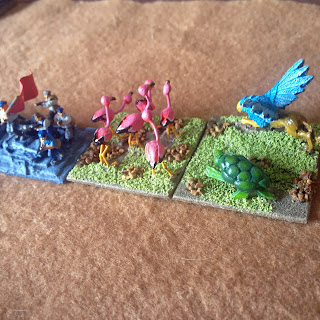 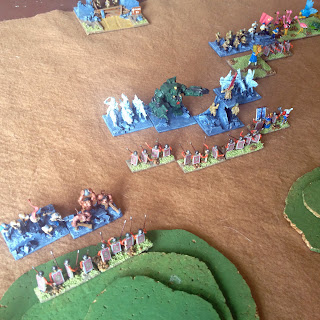 Success! The Ghosts of the Heroes of Old Russia ride down an element of Spears. 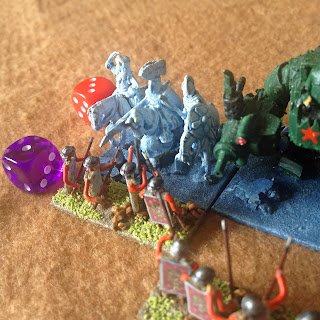 But on the Soviet left the proletariat Hordes were being overwhelmed. 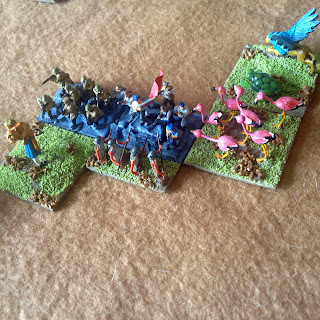 They went down, flags flying ... 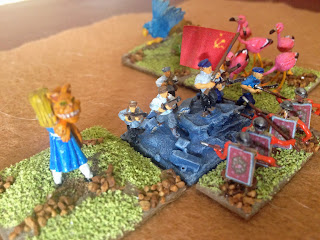 ... and Alice, plus the other Wonderlanders, had a clear run at the road to Moscow. 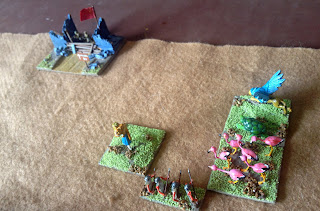 Facing the right way at last, the Hero of the Soviet Union fought defied the enemy Spears. 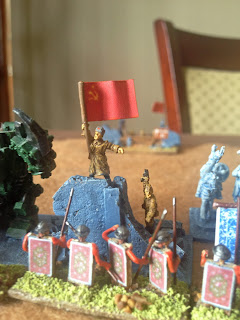 A Spear element was outflanked ... 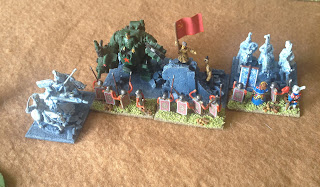 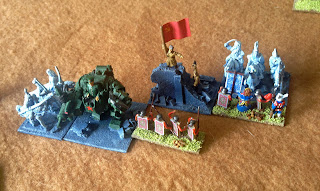 But Alice and the griffon were making a run for the stronghold ... 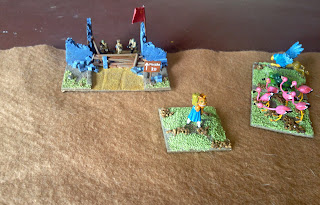 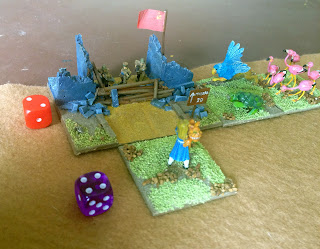 The position at the end. 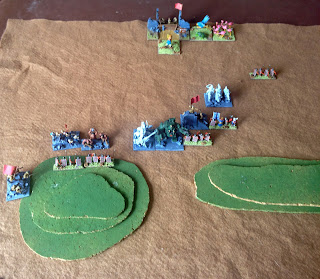 Casualties were even - the Soviets lost four Hordes, whilst Wonderland lost two Spears. 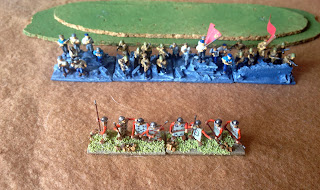 Both sides were badly hampered by lack of PIPs; on a lot of turns they rolled '1' only. This led to attacks by large blocks of troops, or isolated counter-attacks. There were never enough PIPs for maneuver. It also meant that the Soviets didn't get chance to bring back any Hordes to cover the stronghold; a delay of a turn or so could have seen then begin to exploit their success in the centre.

My next Army Showcase will look at the Wonderland army in more detail.
Posted by Kaptain Kobold at 08:00