Having used my Wierdstone of Brisingamen/Moon of Gomrath armies the other day, I was taken with the idea of giving them another outing today. Aside from the pleasure of the games, the fact that both armies have a Sneaker each was a chance to try out some of the proposed fixes for them or, at least, the particular fixes I favour (unrestricted break-offs and friction kills). As it happened they didn't have a huge effect on the game, although the fixes did come into play in one of them. That's the problem with testing Sneaker fixes; you can't really base your entire battle plan around them or, if you do, you aren't really testing them properly because you're skewing the game in favour of the Sneaker.

Anyway, in the first game the Morthbrood defended. And here they are: 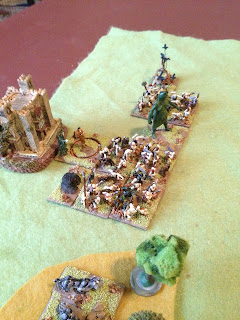 The Forces of Light, under Cadellin Silverbrow, attacked: 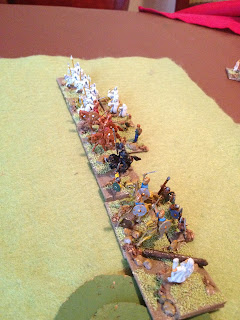 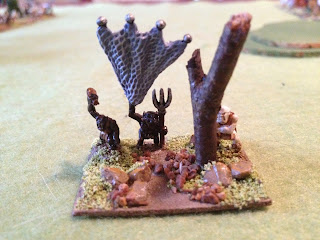 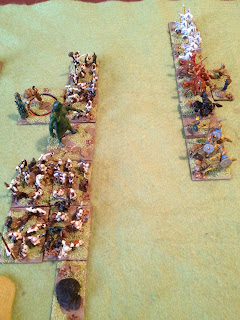 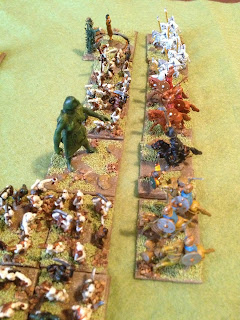 And there's combat. Which goes badly for the forces of Good: 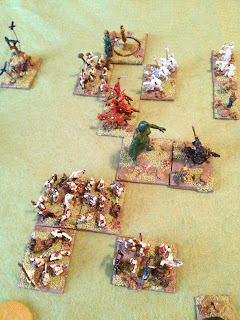 The Mara finished off the last of the Lios Alfar cavalry to win the game: 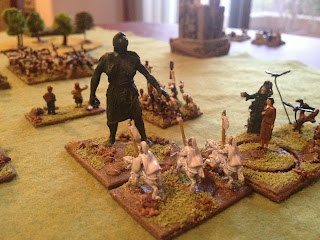 In the second game the Morthbrood defended again: 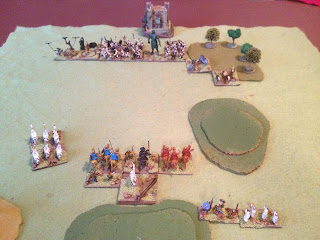 The forces of Good split up, which was probably a bad move: 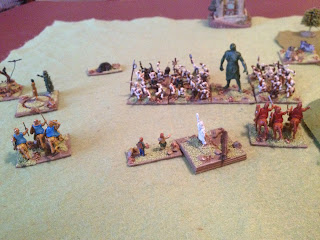 Cadellin Silverbrow dies fighting the Mara. It's another Morthbrood victory: 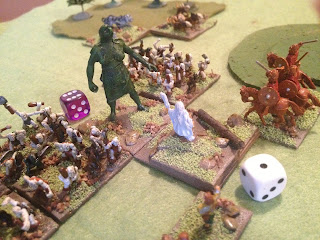 In the third game the Morthbrood attacked: 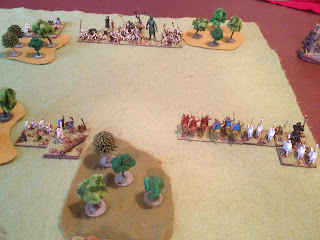 Their Beasts were accosted by some Lios Alfar Lurkers: 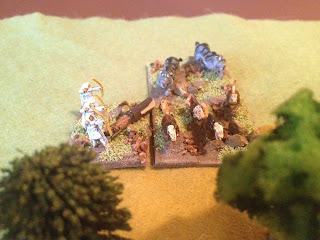 Once again, though, Cadellin Silverbrow lets the side down, turning himself into a frog whilst attempting to ensorcell the Mara: 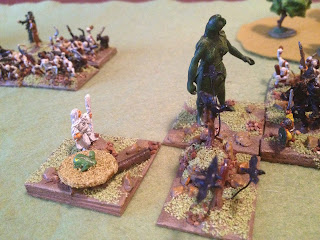 I used the Sneaker break-off fix in one game, with it allowing other elements to move into place on the enemy element. and their ability to move through other troops proved useful in using them to gain overlaps. But none of the three games were big on major Sneaker action, mostly because they were won/lost fairly quickly via the other combats.