As part of the naval game I'm putting together for next week I made some land hexes to go with my new hex grid, by using the Battle Cry sprue as a template on some old cork-tile hills I had.

Here we see the Union flagship and consort anchored off an island: 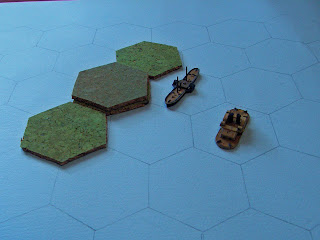 More Union vessels lie off the town. But what's that in the foreground?: 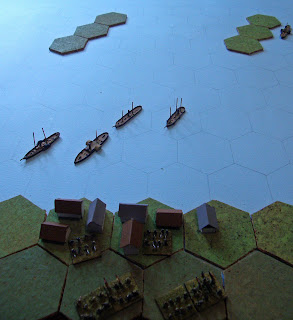 The Confederates are attacking. But the US Navy will be able to support the Union troops in the town ... 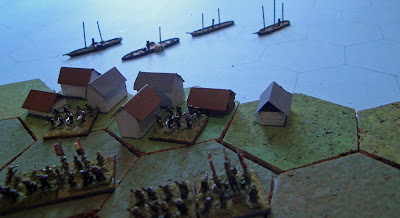 ... unless they are somehow prevented from doing so: 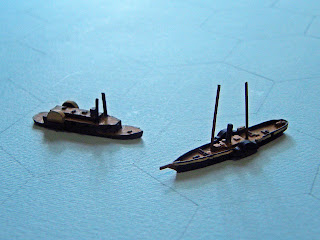