It's a little-known fact that Soviet Russia sent an expedition to Skull Island in the 1930s. Here are some rare, archive photos.

The Soviets never did anything by halves - they brought plenty of troops to 'liberate' the islanders: 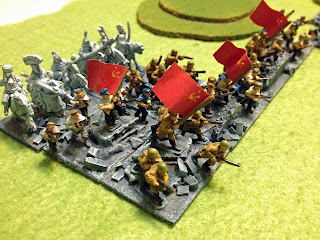 Stalin himself led the force, in his 'Steel Man' battlesuit: 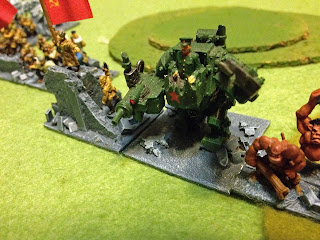 But the King of Skull Island - KONG - was not impressed: 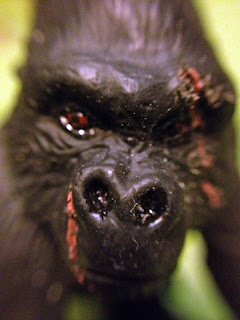 There was some fighting: 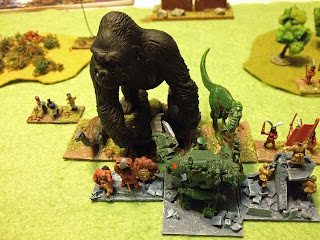 And, say what you like about him, Uncle Joe remained stoic in the face of reptile halitosis: 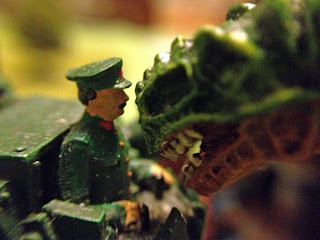 Until Kong joined in and stomped him. The rest of the Soviet army fled: 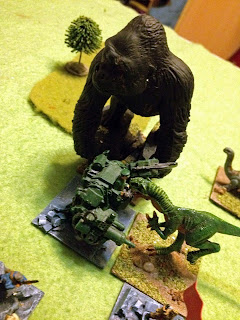 One can only assume that he escaped, or that the Stalin who led Russia during WWII and beyond was a double. History doesn't say.

(24AP game of 'Hordes of the Things' in 15mm, with my son's King Kong army defending and winning a quick, easy victory against my Weird WWII Soviets. That final picture shows three Behemoths in action, two of them generals.)
Posted by Kaptain Kobold at 18:15