I took a few armies to the wargames club on Thursday, but only ended up using one of them (and loaning one in the second game). So I got two of the others out yesterday for a couple of games. One is my Barsoomian Gathol army, and the other is my venerable Pyrates army, probably the oldest HOTT army I still have in use, dating back to the mid 1990s.

The Pyrates defended, although I kind of assumed that they'd invaded Mars and were having their bridgehead attacked. 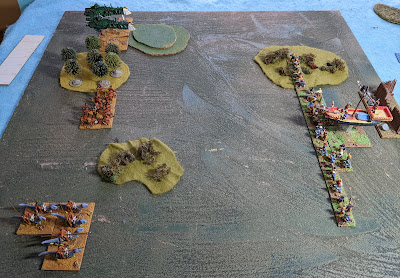 The Pyrates consist of a Pyrate Captain (airboat general), six scurvy dogs (warband), two scurvy dogs w'muskets (shooters), a cannon, by the powers! (artillery), some lubbers (horde) and some sharks (lurker). The figures are almost all Peter Pig, aside from the cannon (I can't remember where that came from) and the ship (Irregular Miniatures). 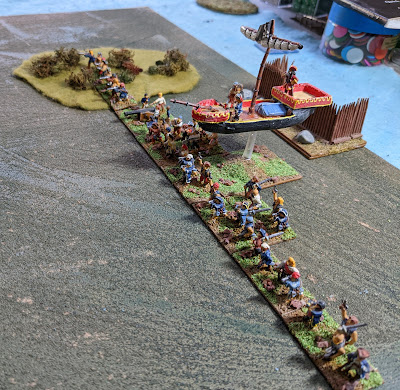 Gathol you've met plenty of times before - three thoat riders (including the general), five blades, two airboats and a flyer. Terrain meant that they were split into three groups. 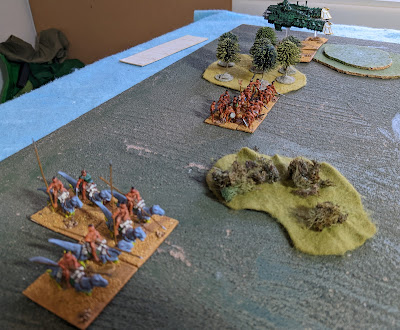 As Gathol slowly advanced, the Pyrate Captain pushed his ship ahead of his line to break up the advance of the Gatholian foot. He assumed the shooters and cannon would cover his flank from the more numerous Gatholian air-navy. That, and the command issues the Gatholian Jed would have controlling them from the other side of the field. 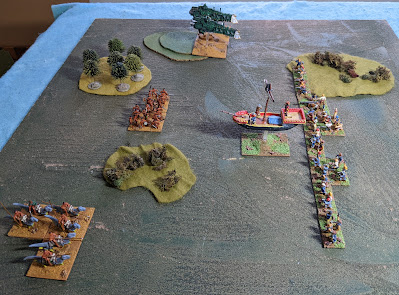 The flying ship swung into the flank of the enemy infantry, and destroyed an element. 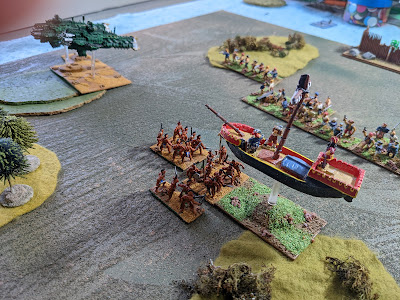 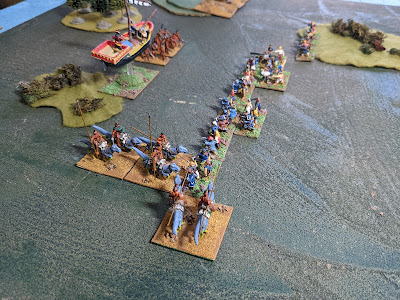 The Pyrate Captain kept up his attack, but was caught in a draw. This allowed a Gatholian blade to move up on the flank, with inevitable, general-destroying, results. 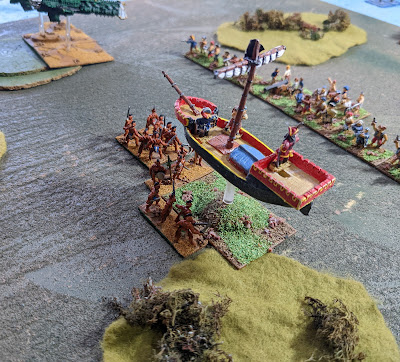 The final position. Gathol had lost 4AP, and the Pyrates 5AP and their general. So a quick game. 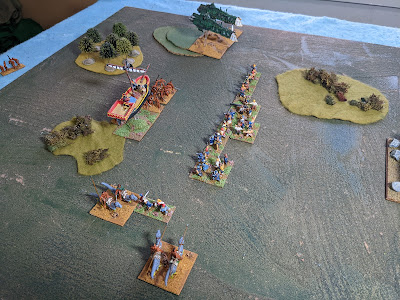 So quick that I set them up again, with a change of terrain. The Pyrates defended again. 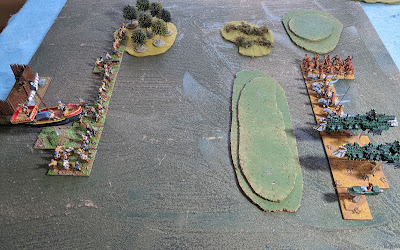 This time the Pyrate Captain was less reckless, advancing with his men rather than ahead of them. Gathol had a poor start with PIPs, and only got to push forward the riders at first. 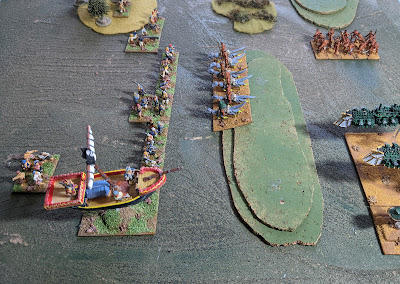 The Gatholian navy quickly came up in support, as the two lines met in a proper fight. 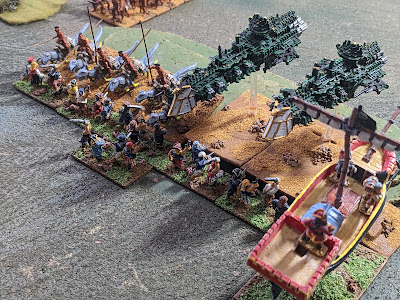 Dispatching the Gatholian flier, the Pyrate Captain turned his ship onto the enemy flank, destroying one of Gathol's mighty air-vessels as well. 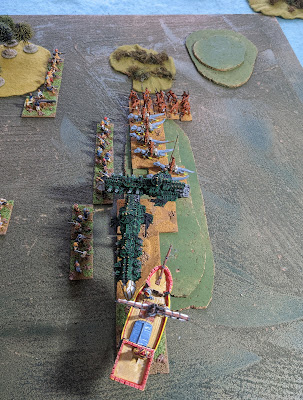 Meanwhile fighting surged back and forth on the ridge, with the Pyrates struggling to dislodge the Gatholian cavalry, but the cavalry unable to break the attackers. Eventually, though, the weight of Pyrate numbers told and an element of riders was destroyed. 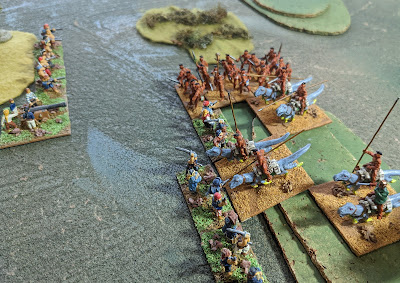 The Pyrates pushed forward, and the Gatholian Jed found himself backed up against his own surviving airboat. It proved fatal. 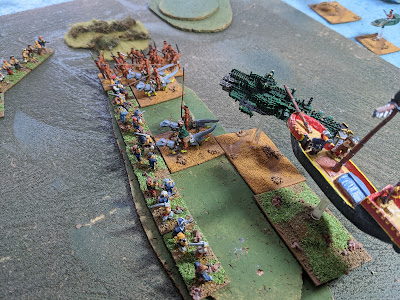 Gathol lost their general and 9AP of troops, whilst the Pyrates lost 2AP.