We played HOTT again at the club this week. Rather than one big game the four of us played two one-on-one games using Geoff's Middle Earth armies.

The idea was to play 36AP on normal-sized board, but I played Lachlan in the first game, who hadn't played HOTT for years (if at all) so stuck to 24AP for what was a kind of learning game.

I took Orcs, and sorted out a kind of Riders of Rohan army for Lachlan, consisting of four knights, six spears and two warband. This was the setup. I had a ton of hordes in the centre, wolf riders on my right and some Uruk Hai blades on the left. 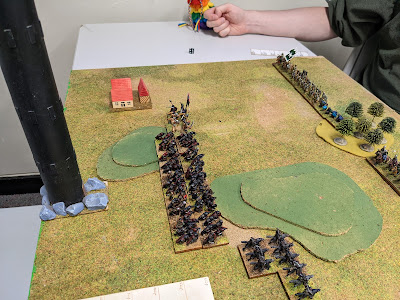 Meanwhile Dave and Geoff were playing a 36AP game with Geoff's Haradrim taking on Dave's Gondorians. 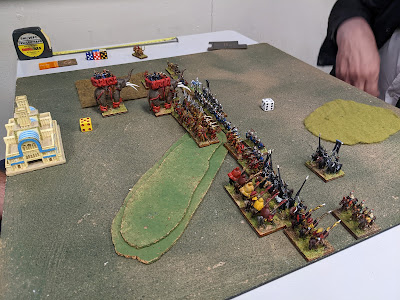 These are Geoff's wonderful mumakil. Apparently they spent most of the game being forced to flee by Gandalf's magic. 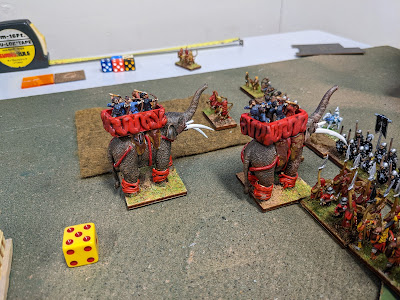 Meanwhile in my game, Lachlan had massed his forces against my left, leaving me in the strange position of being outnumbered at the point of contact. Owing to my stupid general placement (on my far left) I was slow to bring across reinforcements. 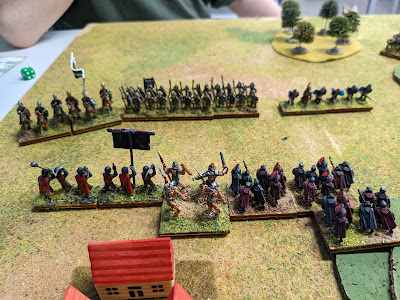 I had plenty of troops on the other flank. They were mostly on the wrong side of a hill, and faced a grand total of two enemy elements. 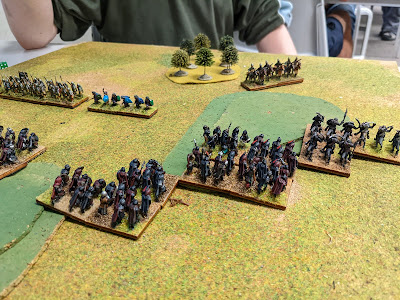 The first combats of the game - Rohan's spears charged my Orc hordes. 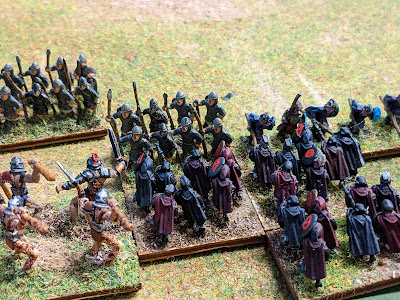 In the centre some Rohan warband broke through and made a run for my stronghold. I was able to bring back hordes to stop, and eventually destroy them, but it did slow down my efforts to reinforce my left. 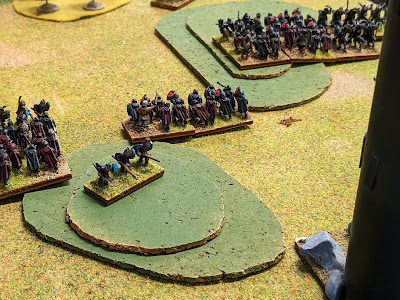 On my left flank my two elements of blades, one of which was my general, had become somewhat isolated. The one blade fell, but the general fought off every attempt to destroy him. Each turn gave me more chance to bring back hordes and (not depicted) take out the Rohan knights on the other flank. 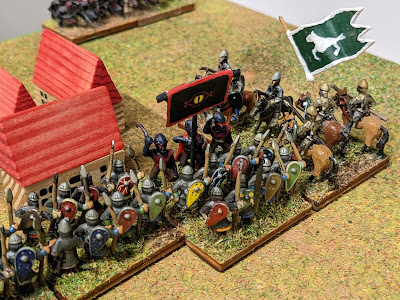 But eventually the odds caught up with me. I was pushed back into the village and the general was cut-down, losing me the game. 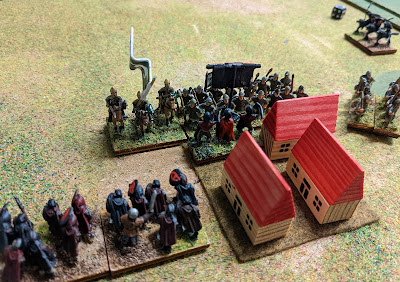 We swapped partners. This time I was facing Dave, who kept his Gondorians. I used the Orcs again, but added more riders, a Nazgul hero and Sauron himself as a hero general*. Our armies, each at 36AP, made an imposing sight. 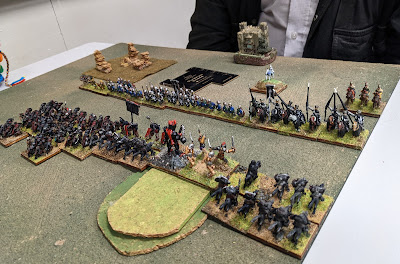 The battle opened with the hero Faramir attaching my trolls and being driven back. 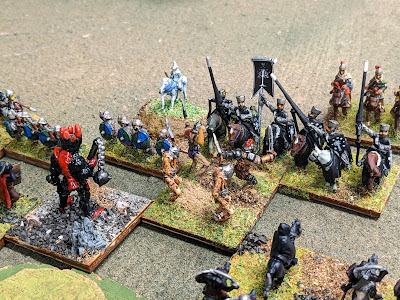 Gandalf hit the trolls in the flank, and was promptly killed by them. 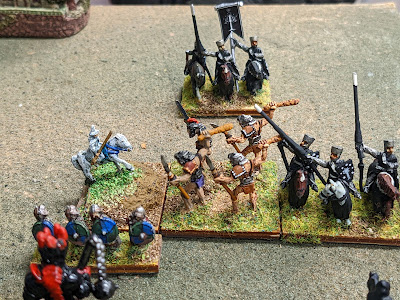 In the centre Gondor's blades sliced their way through my hordes. 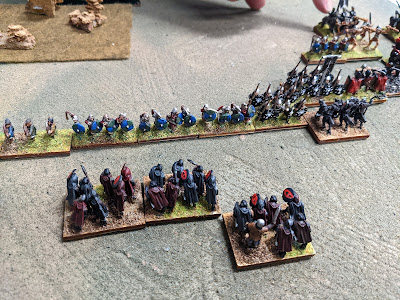 Faramir charged the trolls again, and they recoiled. Straight into Sauron. This killed the Dark Lord, and that was another lost battle for me. 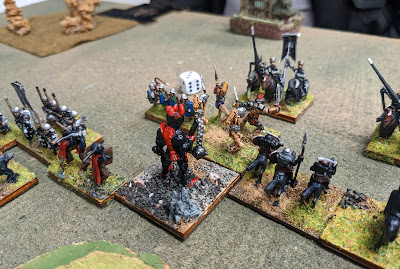 One week I plan to win a game of HOTT.

*Or maybe a Nazgul pretending to be Sauron.