Last night we played a few games of 36AP HOTT in preparation for the MOAB tournament coming up i a few week. Must remember to register for it at some stage ...

I played one game, losing to Caesar's Greek warband and behemoth combination with my Spawn of Tiamat. 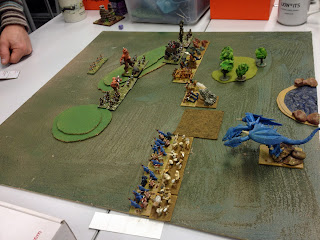 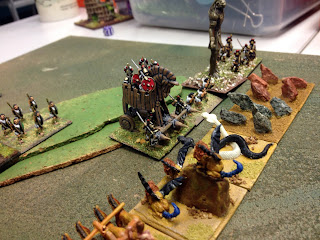 Isn't Caesar's wooden horse lovely? He made it himself from a Christmas cracker toy. 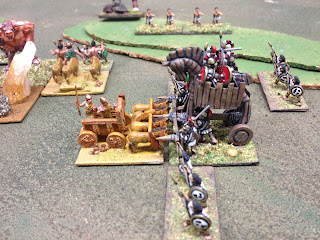 Things ended badly for Tiamat's spawn when Qingu, her consort and general, was backed up into some ally behemoths. 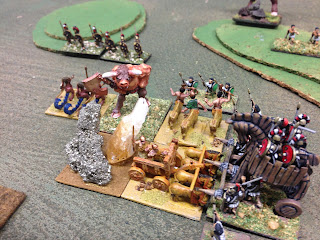 Meanwhile Geoff and Ralph used medieval armies in a coupel of lovely looking games. Geoff won both of them 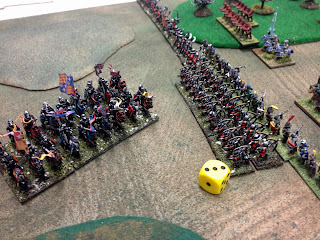 Geoff then went on to defeat Caesar, despite having  knight-based army against an opponent with four behemoths. Geoff will be the man to watch at MOAB, obviously. 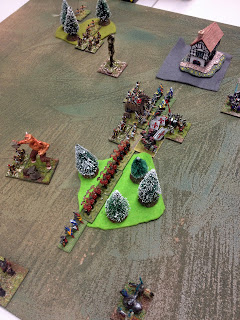 Despite plans to the contrary, the Spawn of Tiamat is looking increasingly likely to be my army for the event, although it needs some repair and a few elements tidying up before then.