Return To The Uni

A few of our club members have spent the past few weeks meeting up at each others' houses, to playtest the new version of Lasalle. I haven't done that because I wasn't entirely comfortable with home-based social interactions at present, but mostly because I'm not that interested in Lasalle.

But Wollongong University, where or club is normally based, has now opened up its buildings to club activities again, so last night saw or first 'proper' meeting since March. And I was there for it!

They played Lasalle. I was happy to go along and watch, just for the social interaction. 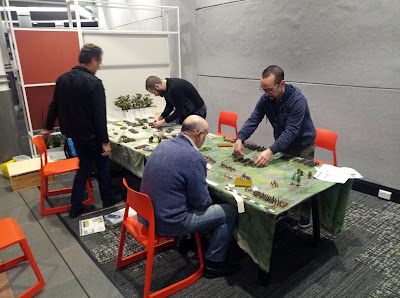 However Colin had brought his MDF top-down ships, and a copy of 'Naval Thunder' he wanted to try, so I did get a quick game of WWII naval, with an American cruiser and destroyer facing off against two equivalent Japanese ships. 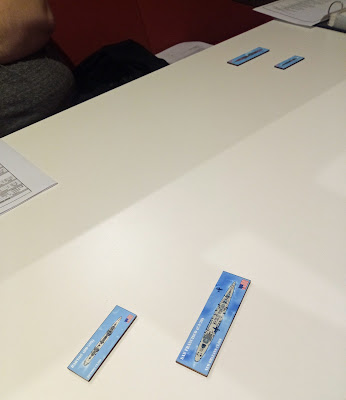 We banged away at each merrily for a while, getting used to the system. I lost my destroyer, Colin lost his cruiser and then my cruiser succumbed to a flooding critical giving Colin the win - his surviving destroyer was undamaged. 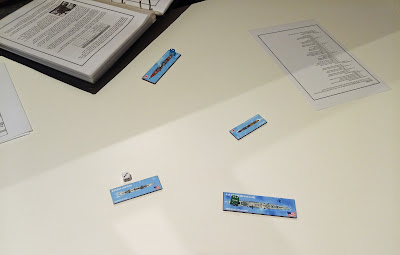 WWII naval is not my thing, and I found 'Naval Thunder' a rather cumbersome set, with written movement and firing orders and rather to many factors and little tables, but it was ice to simply do some face to face gaming in a club environment after four months stuck at home.
Posted by Kaptain Kobold at 09:19