I thought that for this week's HOTT 52 game I'd go for a couple of 'traditional' fantasy armies. Neither of these see much table-time. They actually belong to my son (who has left home and left them behind). One - the Sylvan Elves - was a birthday gift from my parents many years ago, and was professionally painted for him. The Wainrider barbarians were a gift of figures, and I painted them for him. He also has a High Elf army somewhere, some Dwarves (a mix of pro-painted and my work) and the Ceidonians, who do regularly feature on this blog, are also technically his. 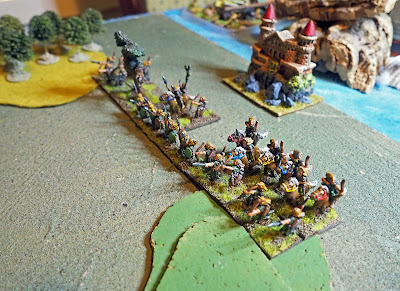 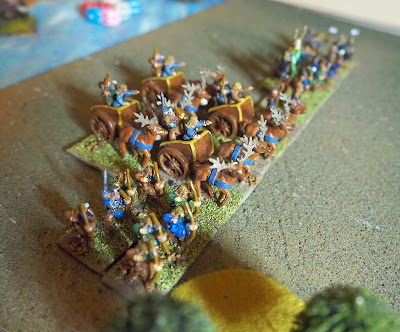 The Elves defended, anchoring one flank on a hill and the other on some woods. 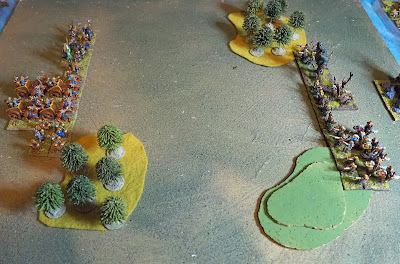 A close-up of the Elves. They do look very nice. 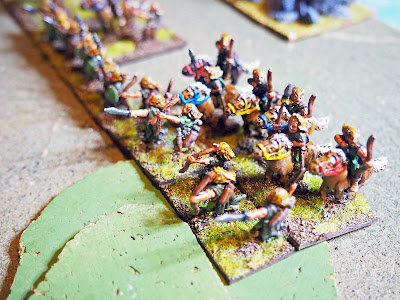 The Elves edged forward to make optimal use of the woods and the hill, whilst the Wainriders pressed forward as quickly as possible. Their wild foot was tasked with clearing the elven archers from the woods, whilst the chariots were to pile into the centre. The Wainrider archers were to skirmish on the right flank. The Wainrider general aimed straight for the mighty Treeman in order to prevent him attacking the vulnerable wild-foot or chariots. 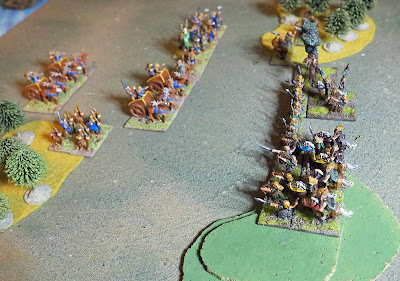 The two lines get close ... 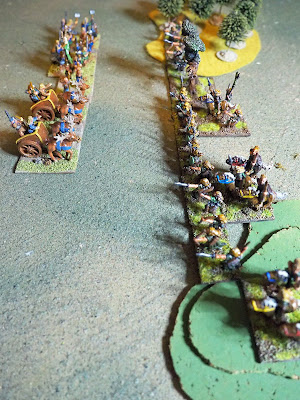 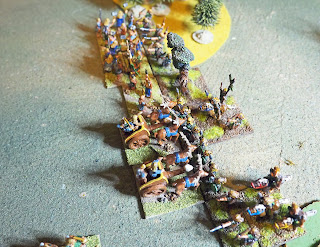 The Sylvan Elves got the better of the combats, throwing the Wainriders back, and destroying one of their chariots. 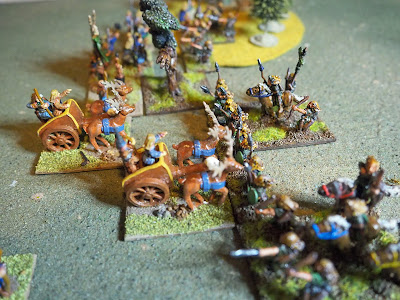 The archers of both sides exchanged fire on the Wainriders' right flank. Initially the Wainriders fell back, but they soon got a line organised. 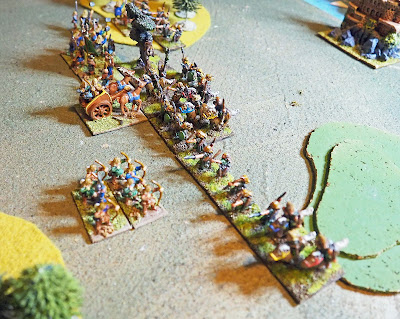 The Wainriders rallied and their general, now locked in combat with the Treeman, hurled his army forward into a fierce attack along the line. 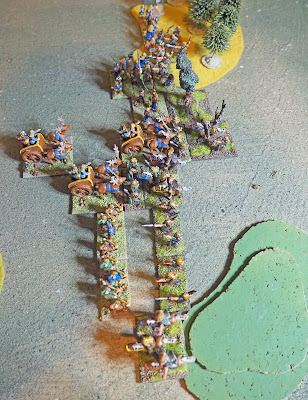 A chariot rode down some spears. 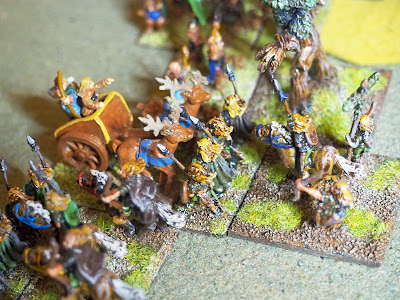 The Elves worked their light cavalry into the rear of the Wainrider army, blocking the retreat of their archer. The archers responded by simply winning all further exchanges of fire, and destroying a group of Elven archers. 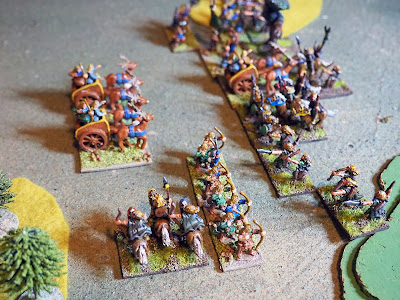 On the other flank the barbarian warriors were gradually winning the fight for the woods. First one group of archers fell, then the other 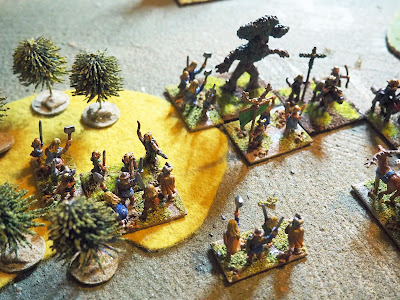 The Wainrider general made one last attack against the Treeman ... 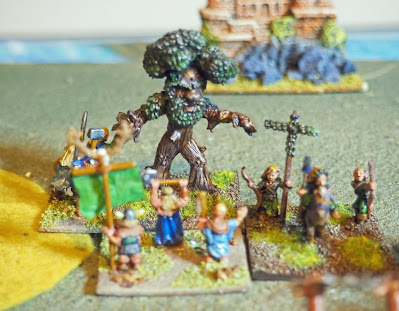 ... and with the support of some of his warriors chopped him down. 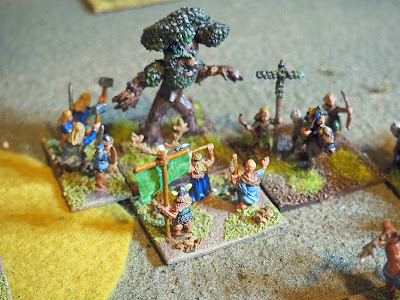 The destruction of 8AP of their army in one bound (two shooters and a behemoth) broke the Sylvan Elves, who had lost a spear and a shooter in addition to those losses. The Wainriders lost one chariot.

Even as a solo player I usually have the feeling that one army is in a good position to win, and in this game I'd have said it was the Sylvan Elves. They had a good position, a behemoth to threaten the majority of the Wainrider army and a versatile combination of troops, including missile superiority. But it failed to translate into winning combats where it counted, and the Wainrider choice to use their PIPs to press the attack in the woods, leaving their archers on the other flank to fend for themselves, gave them a win where it counted, causing casualties and opening up the flank attack on the behemoth.

Anyway the other reason for using a couple of my son's armies was that the other day he told us that he and his girlfriend had got engaged. Which is nice.
Posted by Kaptain Kobold at 20:56