Over a year ago I came up with a different way of doing initiative for my WW1 air rules 'Spandau and Lewis'. It only took me until this evening to actually try them out.

Two RE8s on a photo-reconnaissance mission ... 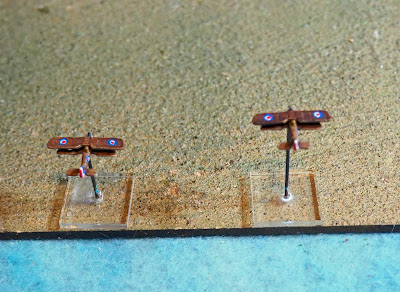 ... are being stalked by three Fokker DVIIs 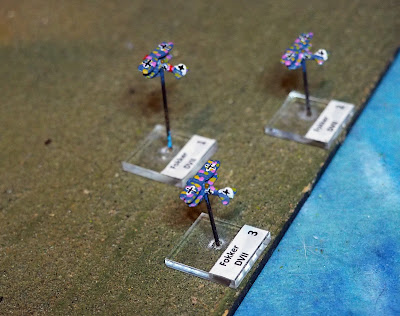 As the two-seaters head towards the village they are to photograph, the German scouts swoop in. 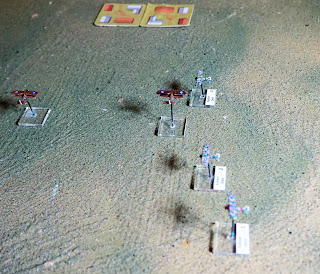 But the British have a couple of SE5s in the area. 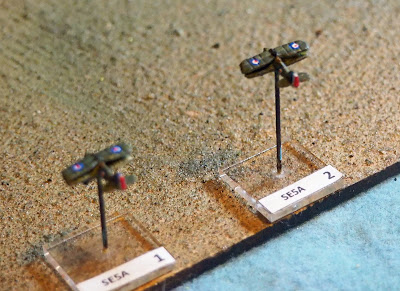 And they quickly bring the battle to the Fokkers. 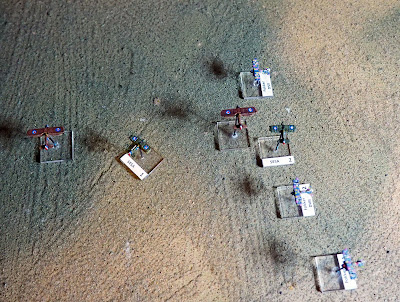 As the bullets fly across the sky, one DVII is downed when its pilot is killed. 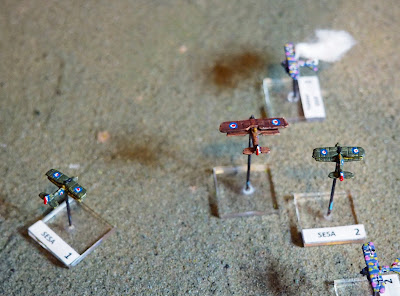 The two surviving DVIIs work into the rear of the RE8s as they head for the village. The SE5s fail to follow them. 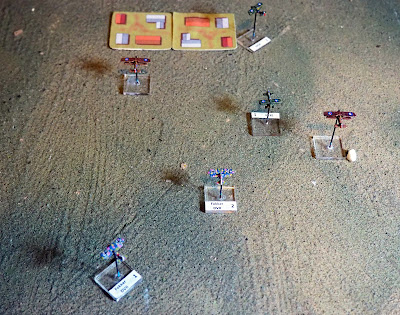 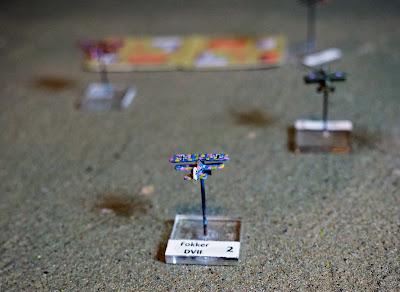 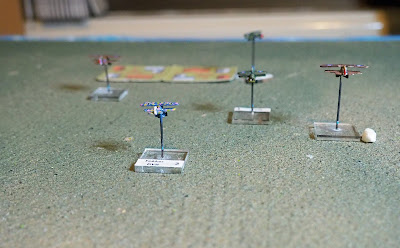 One of the Fokkers went after an RE8 as it took the photo, but misjudged its approach. The other got on the British plane's tail however and put some shots into the fuselage at long range. 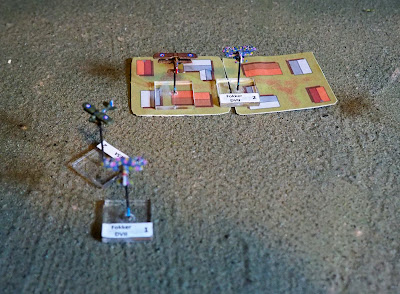 The British plane got its photo, but as it headed away from the village the other Fokker dropped in on its tail, riddling it with bullets. 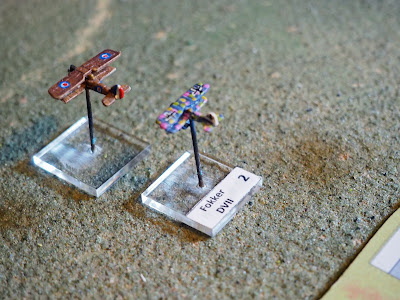 It turned to escape, but the Fokker followed. However the other RE8 had also photographed its target and as it turned away from the village it locked on to the Fokker. But in doing so the second Fokker tailed it, but was in turn targetted by one of the SE5s. We had a procession. 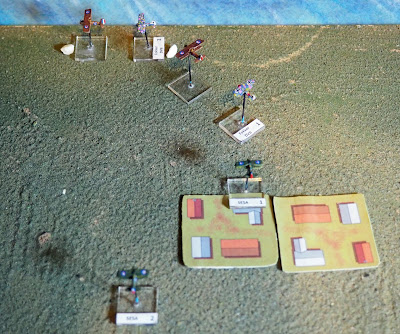 Lots of planes took hits, but the lead RE8 was the only one to take enough to be downed. 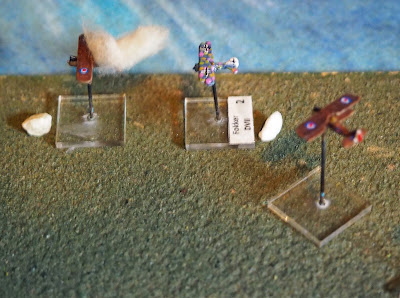 The Fokkers were now under pressure from the SE5s, as the surviving RE8 turned for home. 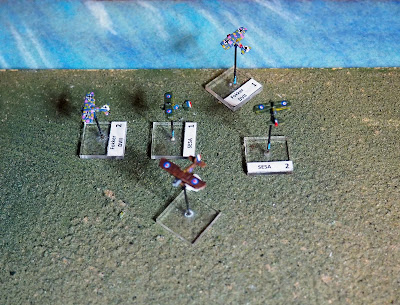 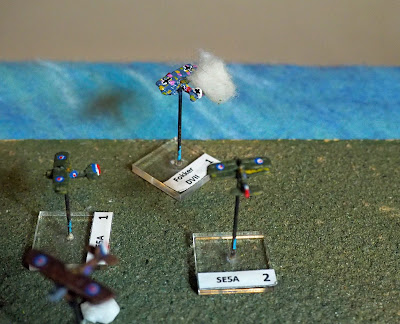 And the final German ran for it. The SE5s turned to escort the damaged RE8, and its photos, home. 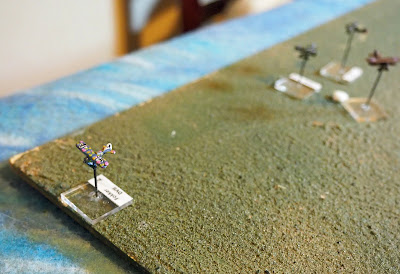 The initiative system worked OK, with both sides getting a chance to dictate the flow of action at various points. I did add one extra set of modifiers to those in the link above - a side got +1 if it had more planes with an enemy aircraft in its front arc and at 6" or less than the enemy had. And a side got -1 if it had more planes with an enemy in their rear arc who also had them in its front arc (a tailing penalty, basically). I also modified the Agility modifier so the negative one only applied if there were at least three different Agility values in play. In this scenario the Germans got a +1 for the Fokker DVII Agility (B+ to the SE5s B), whilst the British got a -1 for the RE8s only having an Agility of C. I ran all pilots as Experienced; when I play again I'll try some different skills.