I haven't had the Army of Rama out for years, so I thought I'd get it on the table for this week's HOTT 52  game. The Hollywood Arabs were in the same box, so I gave them a run too.

Rama defended, and closed down the table with some bad going. The Arabs don't have a lot of bad going troops - a couple of shooters, and that's it. 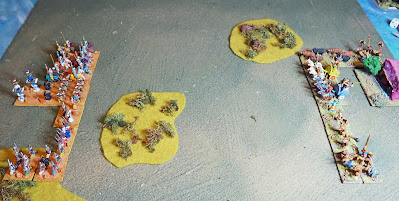 Rama and his army. 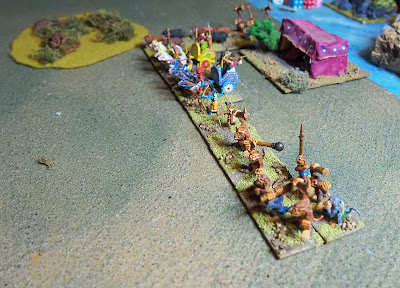 The Arabs. The core of their force are the riders on their left flank. 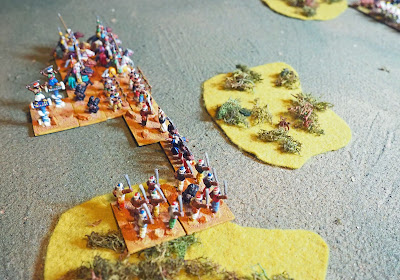 The Arabs had committed to a high-risk, high-PIP advance through the bad going, so Rama had his army advance to meet them as they emerged in disarray. The Arabs pushed their cavalry to the fore, and Rama's line expanded to meet them, with the demon chariots (knights) flanked by Jambavan's bears. 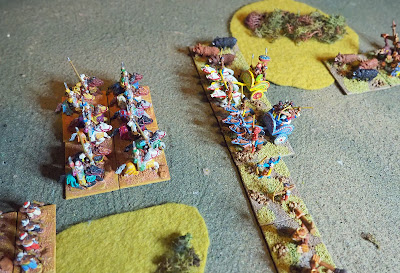 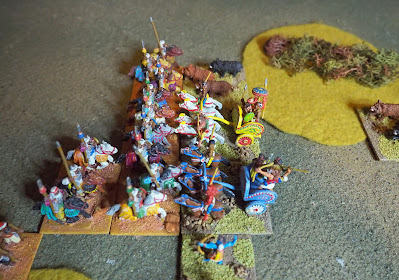 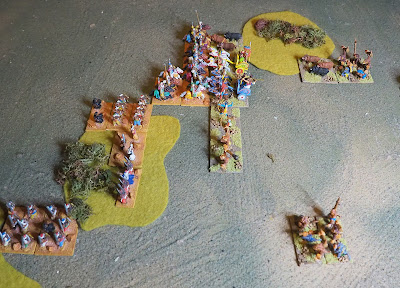 At first Rama's forces pushed the Arab horse back. 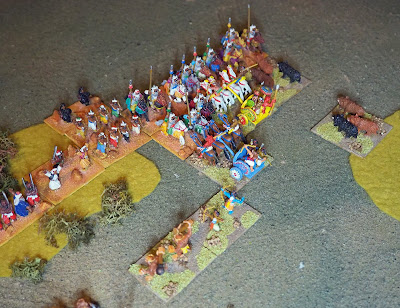 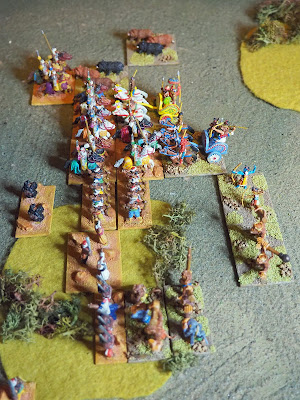 But as the riders retreated they gained more space, and picked up overlaps on the impetuous chariots and bears.

The bears were the first casualties ... 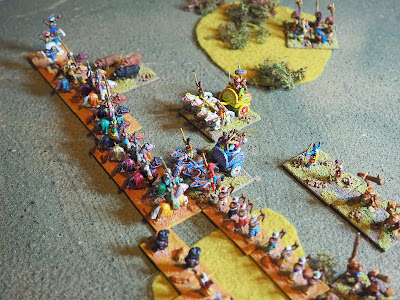 ... then a demon chariot overreached itself ... 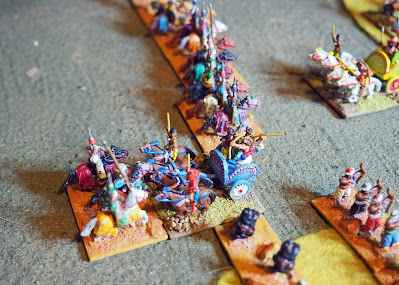 ... and was flanked by some assassins and destroyed. 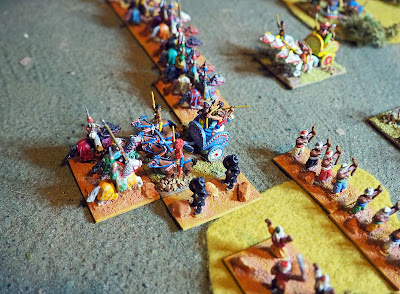 With the Arabs gaining ascendency on Rama's right, he led a charge into the bad going in order to attack the Arab centre. 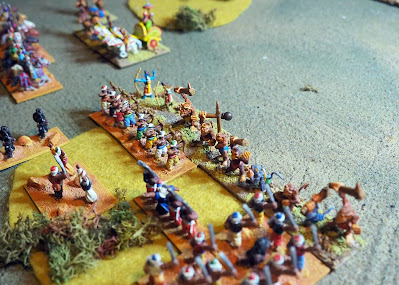 Rama and his brother easily dealt with the archers facing them, but against the odds the monkey king Hanuman was killed by his opponents.. 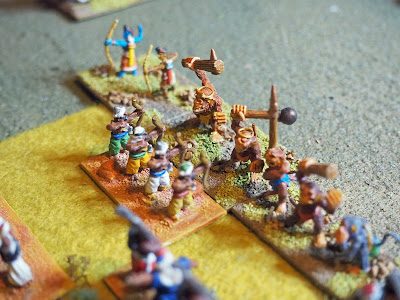 Rama finished off the Arab archers, but his army was a single element away from breaking. 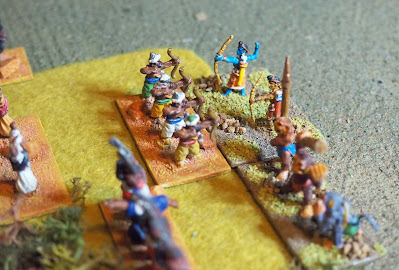 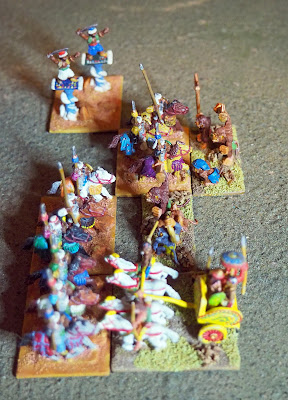 They flanked some Arab riders - slowly Rama was evening up the casualties. 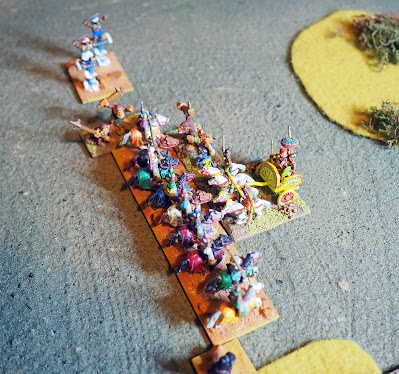 The kept up the pressure as the Arab PIPs failed them and prevented an exploitation of the flank. 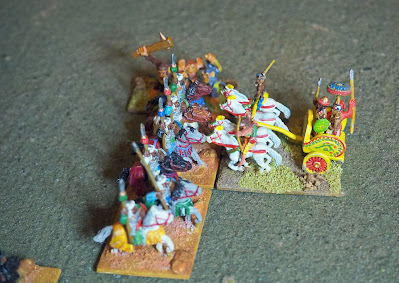 Rama supported some monkey warbands in an attack on the Arab vVzier. The Vizier's bodyguard failed him and he fell. This broke the Arab army. 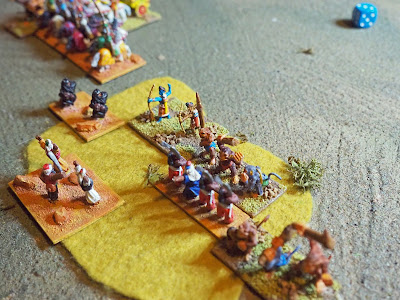 This was a close game, with the arabs losing 12AP and their general, and Rama losing 10AP. Pushing through the bad going was a risky strategy, but actually worked initially, as it covered the flank of the riders whilst they held and then turned back Rama's initial attack. A dearth of PIPs prevented the Arabs from exploiting their advantage, and then their troops in the bad going suffered after Rama launched a counter-attack. 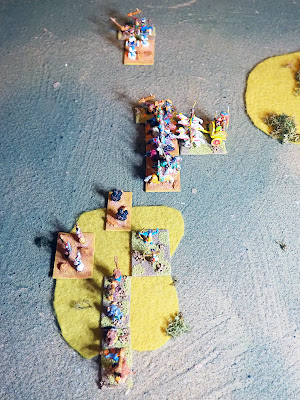