I played another game of HOTT with classic fantasy armies this morning. Sometimes it's nice to just thrash it out with Dwarves and Elves.

The Dwarves are some from my son's box of armies - they are a mix of Peter Pig and Ral Partha figures, aside from the cavalry which I think are Kallistra, but I wouldn't swear to it. 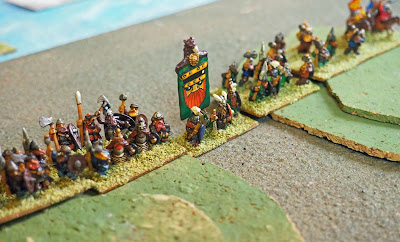 The Elves are the same army from the other day, but I swapped out the Treeman for another hero. 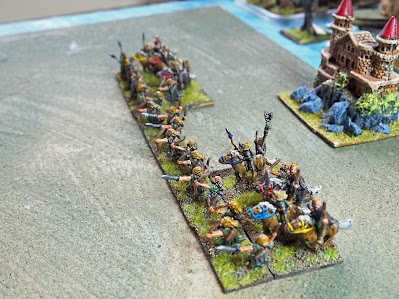 The Elves defended, but the random terrain placement basically had the armies fighting on an open field. 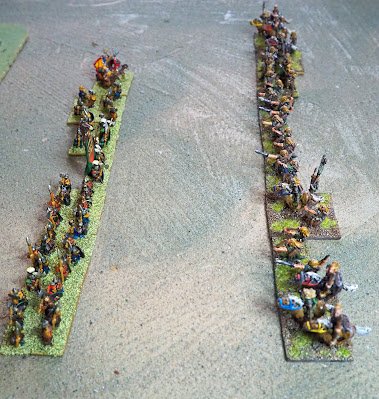 The Elves used their cavalry to get around the Dwarven flank. 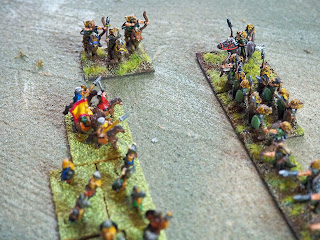 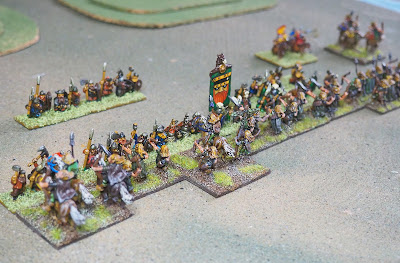 ... and it's bad for the Elves as their archers can't hold the line. Their general (one of the heroes) is isolated. 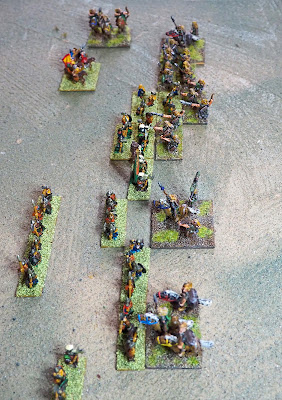 Not just isolated, but surrounded. But he's a hero, and holds off the attack again and again. 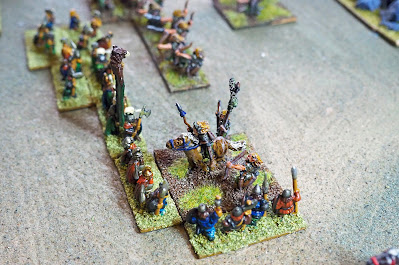 Dwarven cavalry isn't a thing most people think of, but this army has some. It's is routed by the first attack. 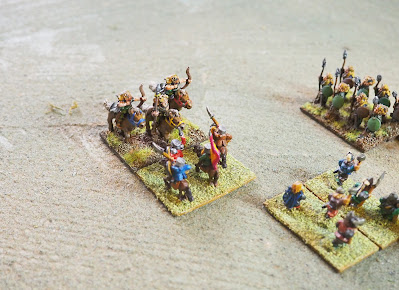 The Dwarves press their attack in order to avoid their left flank being overwhelmed. But the Elves hold them. Their other hero is now supporting the general. 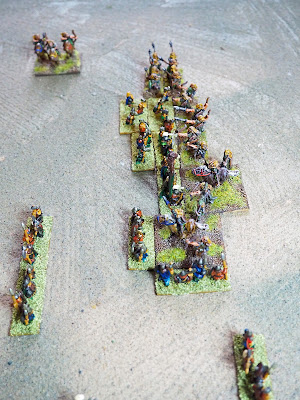 The Dwarven left flank suffers a further blow when their warband is destroyed. 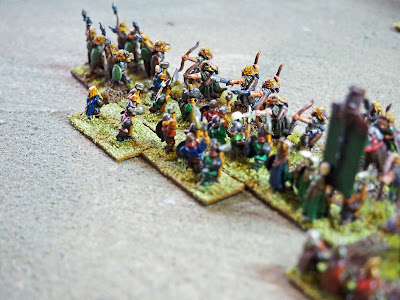 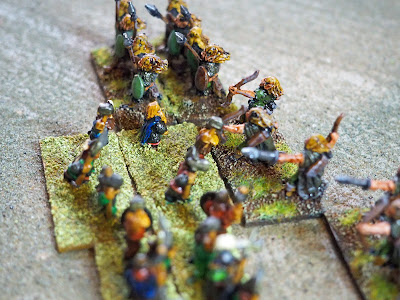 The Elves begin to exploit their positional advantage. As their heroes hold the centre, their right begins to slowly grind down the Dwarven left. 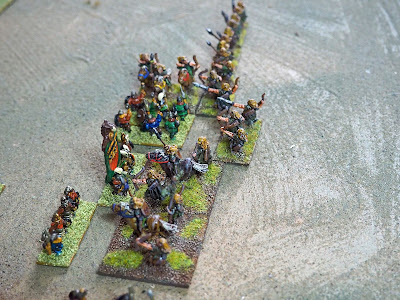 But the Dwarves are stubborn, and refuse to dies. They destroy the Elven cavalry. 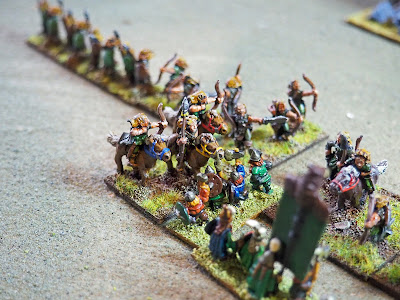 And continue to press home with attacks on the Elven general. 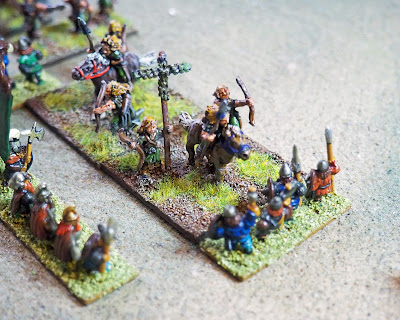 The battles has become fragmented. Both sides spend time to reorganise. 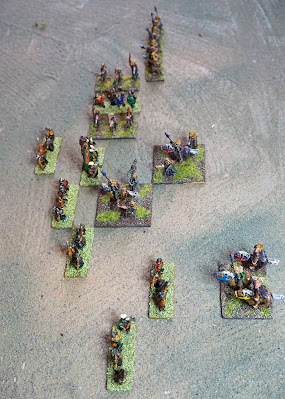 The Elven heroes hold off another attack. 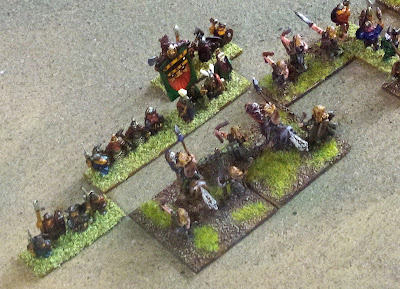 The Elves push forward, pinning the Dwarven centre as their spears keep up the pressure on the Dwarven left. 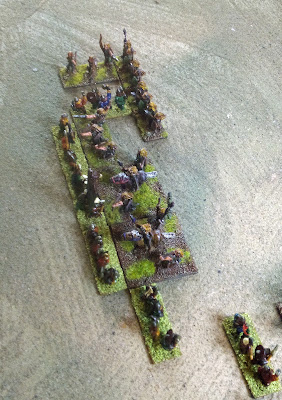 And that's where they finally score the victory, destroying some Dwarf blades and breaking their army. 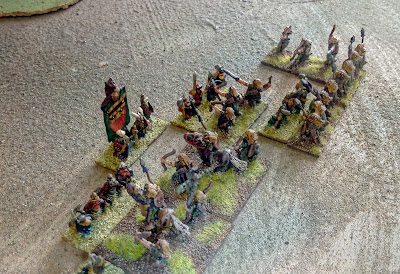 Final position. The Dwarves lost 12AP (two warband, a rider and three blades) whilst the Elves lost 6AP (two shooters and a rider). 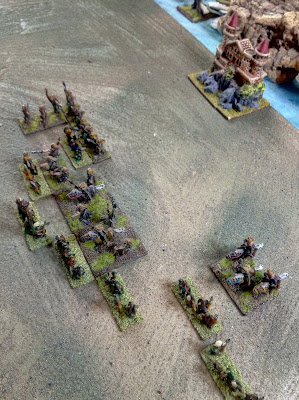 I need to go back and redo the bases on those Dwarves.
Posted by Kaptain Kobold at 14:48