I played a quick game of HOTT this morning, pitting the Mound Builders against some Aztecs. 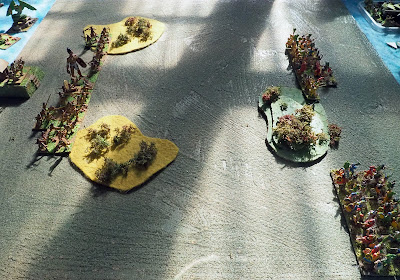 The Aztec plan was bad. Split the army and try to swamp one flank with the hordes. This requires PIPs and timing. The Aztecs failed on both accounts. 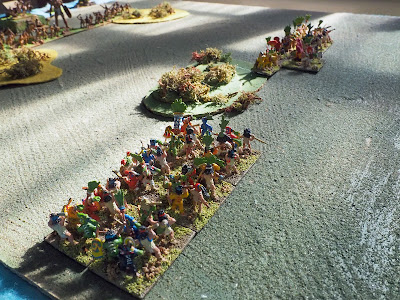 The Mound Builders were in a strong position, with their toughest troops in the centre and their flanks covered by swarms of missile troops in bad going. 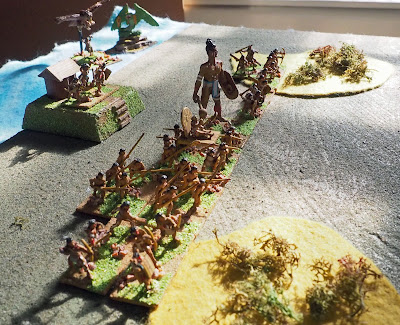 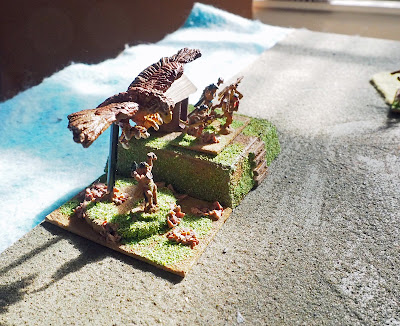 The Aztec advance was slow. 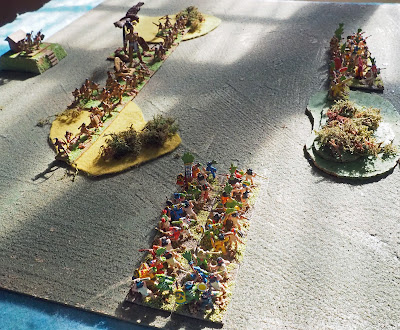 And the advance of the hordes was quickly broken up by missile fire. 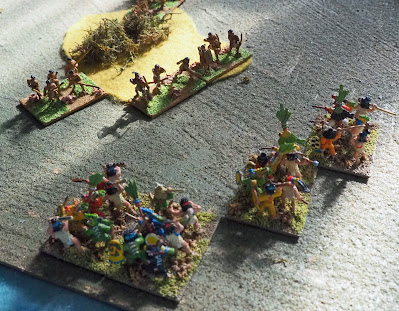 The main part of the Aztec line continued to advance very slowly, whilst the Mound Builders shuffled troops ready for the attack. 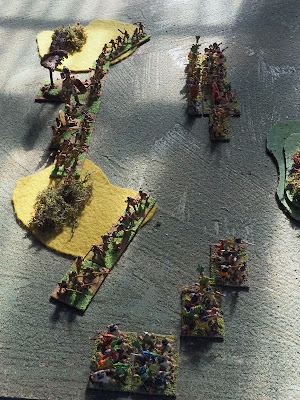 The Thunder-Bird flew into the Aztec rear, ready to pick off troops if they retreated from the rain of arrows, dars and spears the attacking Aztecs would be subjected too. 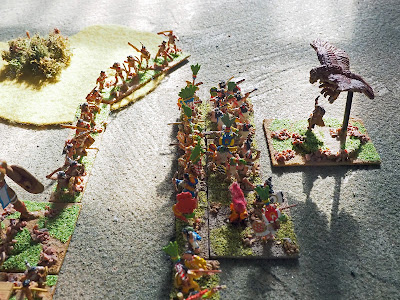 Broken up and already suffering casualties the Aztecs charged. The ensuing scrum was something of a stalemate. 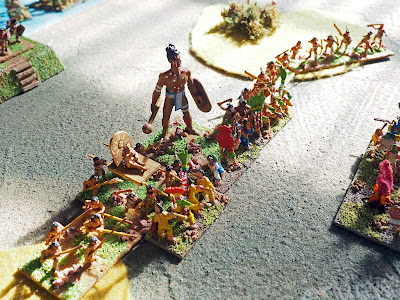 The Thunder-Bird attacked and destroyed the magicians supporting the Aztec commander. 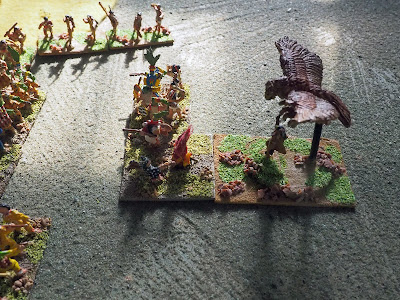 But by now the Aztecs had their own 'dragon' on the board, in the form of a feathered serpent. With little left to lose, it attacked the Thunder-Brd, and in the first piece of good fortune for the Aztecs, destroyed it. 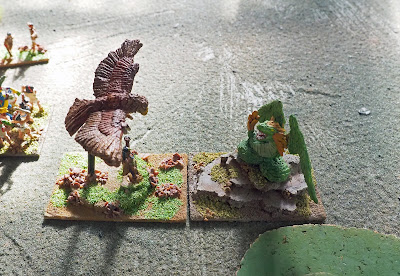 It then swung across to attack the Mound Builder line, scattering a mob of stinkards. 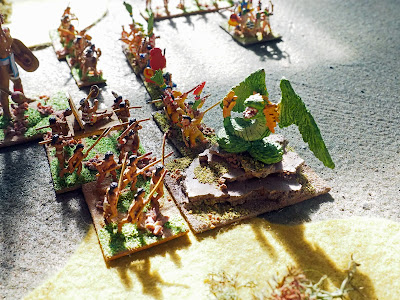 But the other Aztec flank was compromised niw, and losses there broke the army - their serpent had arrived too late 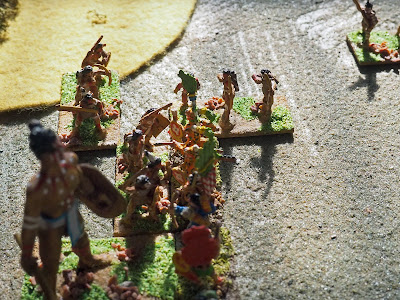 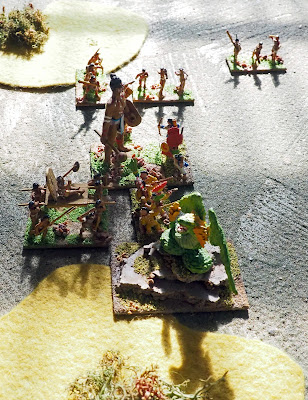 Poor PIPS and a poor setup saw the Aztecs attacking a tough foe too slowly and in insufficient numbers.

I'm tempted to do a refight using DBA tomorrow.
Posted by Kaptain Kobold at 21:56