I had my first go at 'Black Seas' last night. It seems an OK set of rules - more at the 'Galleys & Galleons' end of realism than, say 'Form Line of Battle', and maybe dependent on rather too much game-specific/proprietary paraphernalia than necessary. But we had fun, even if our scenario setup was basically a mater of lobbing down all the ships caesar and Daniel had, on a board that was probably too small and thus creating what at times appeared to be Gaslands with wood and canvas.

The setup. We had a mix of ships from teeny-tiny gunboats to a 1st rate SOL. This contributed to the chaotic nature of the game. 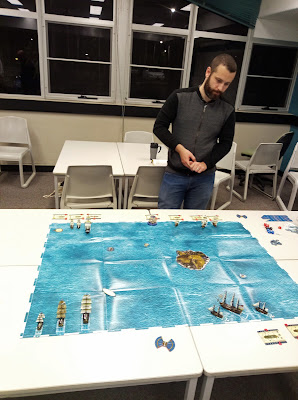 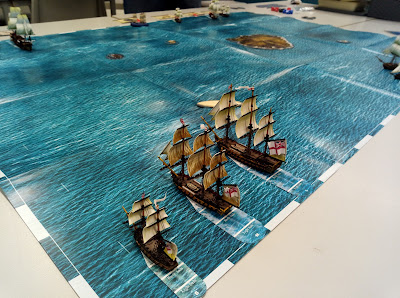 I didn't keep track of the battle details. We spent a lot of the time looking up rules and dealing with chaos. Caesar managed to set one of Daniel's ships on fire with his first shot. 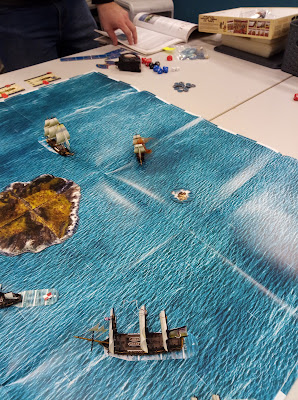 Everything kicks off. Sorry about the light reflections from the paper board. 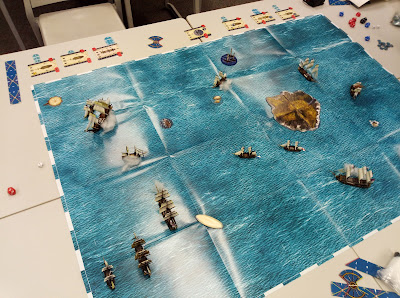 One fire begat another. 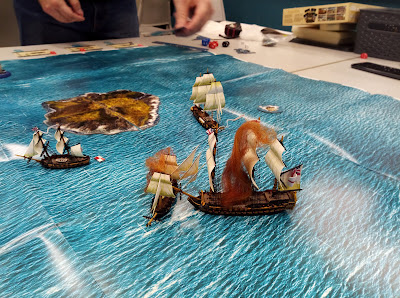 Everyone tried to avoid the first rate (top left). 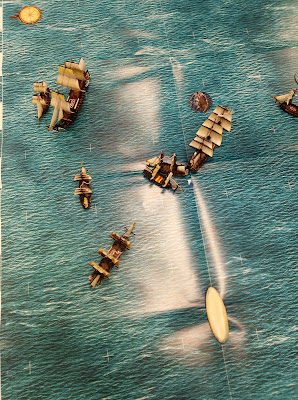 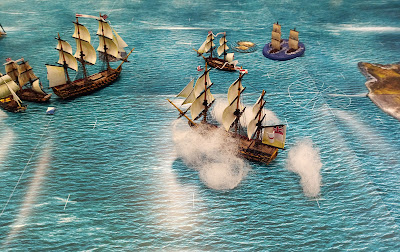 Caesar got his 74 raked by the first rate. It wasn't pleasant. 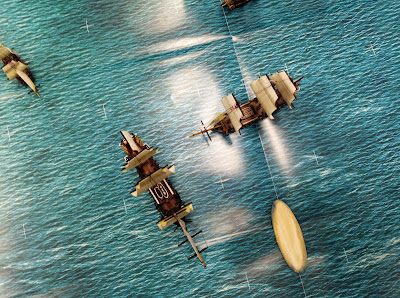 Anyway, I think we got the knack of sailing and shooting. Mostly. Not pictured is me piling my frigate into a rock towards the end of the game. I blame Caesar.
For future games we will be trying (i) more sensible combinations of ships - all SOL or all frigates/brigs, for example and (ii) a larger playing area, or fewer ships.
So, it was fun, and the models are beautiful (if tricky to handle without bases), but at this point I didn't feel the rules offered anything I can't get elsewhere.

Anyway, thanks to casar and Daniel for putting on an entertaining, if chaotic evening's gaming.
Posted by Kaptain Kobold at 07:59