Geoff and I played a second game of HOTT last night, using some of the troops he's been painting and rebasing whilst the club's activities have been suspended. The game saw High Elves (under Geoff) fighting Dark Elves (Me).

I defended, and completely messed myself up with the terrain, not giving myself enough room to deploy. 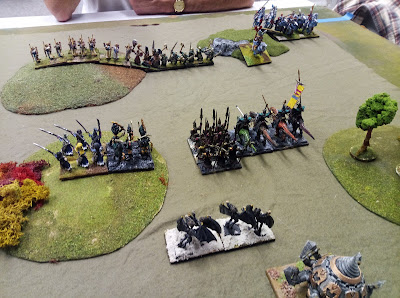 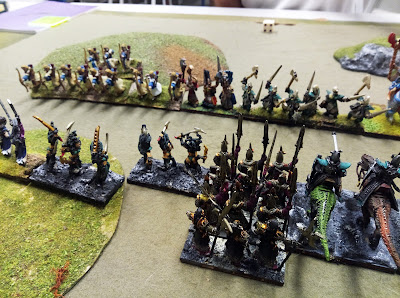 I had to advance to gain some deployment room, and left my flank exposed to a pile of High Elf knights. 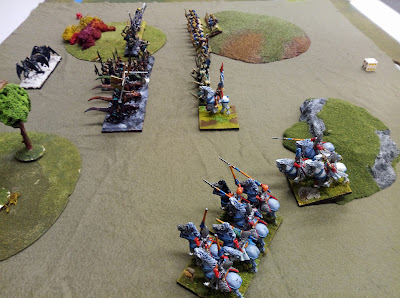 The warband on my left got stuck into the High Elf archers, but didn't make much impression on them. 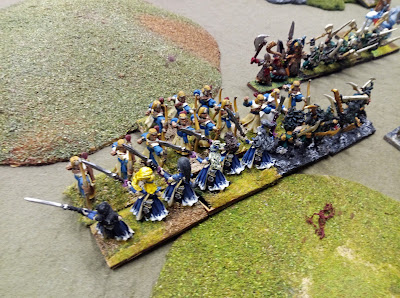 And this really didn't help - 50% of my PIP rolls were '1', and I had both troops in bad going and aerials to run. My deployment didn't help, but PIP rolls over '3' might have improved things somewhat. 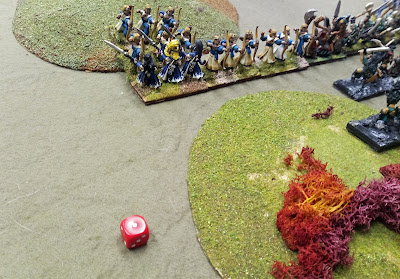 Anyway, there was lots of fighting, and I managed to use some flyers to hold up the flamking elves long enough to make a decent fight of it in the middle. 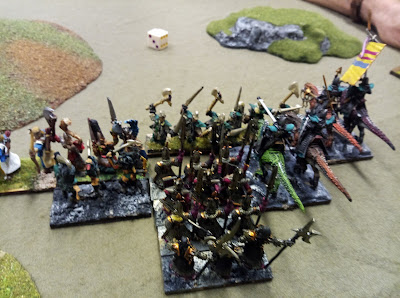 However the end was swift and brutal, and knights hit my general in the flank, and destroyed him. 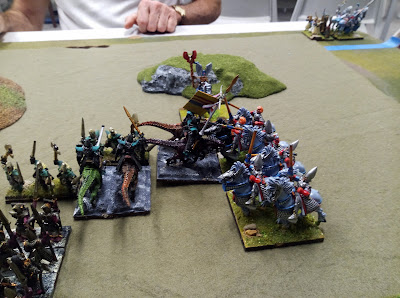 Losses were surprisingly even, but the loss of my general lost me the battle. I blame my PIPs.