I played another game of Spandau and Lewis last night, using the same scenario as the previous ones, but setting it a few years earlier. So this time the mission was being undertaken by a trio of BE2s - I added one extra two-seater, because BE2s are very poor indeed. 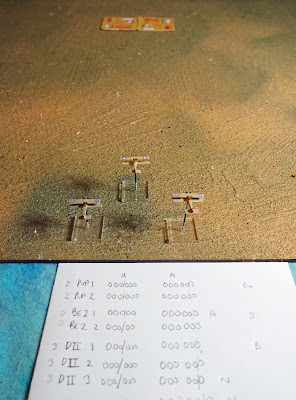 (You can see the complex aircraft stat sheet in that picture - that's all the info I need for the eight planes in play.)
The Germans flew a trio of Albatros DIIs 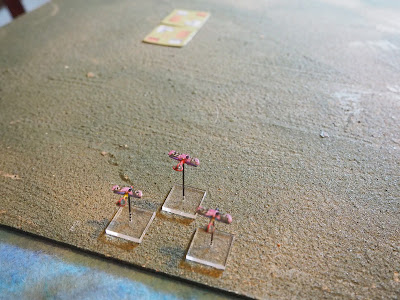 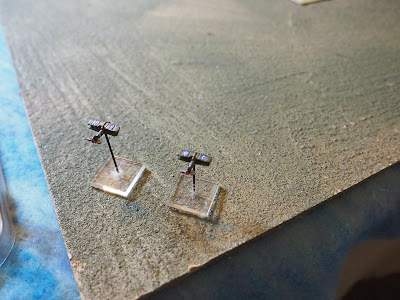 Early moves. The Germans misjudged their approach, and only got i a couple of shots, taking return fire from the BE2s as they did. The two-seaters can only fire to their rear, which is a pretty risky strategy. 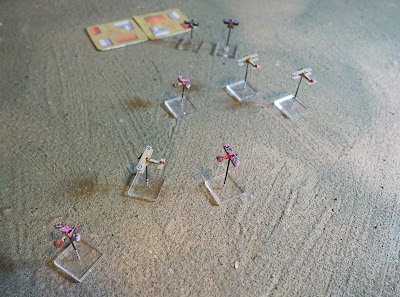 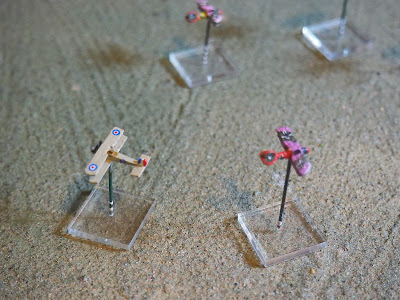 The Albatri turned for another pass as the BE2s approached the target. The Pups also maneuvered badly and flew through the dogfight, only getting off a couple of shots before having to turn back into the action. 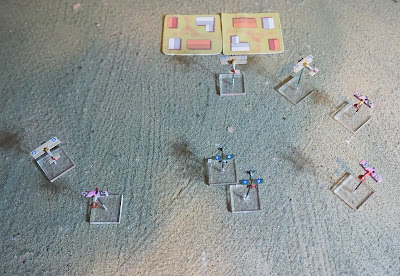 They did get in a long-range shot on one of the DIIs, and scored some significant damage. 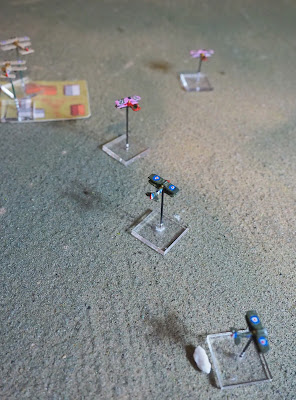 The BE2s photographed the target. But the DIIs were on them as they did so. 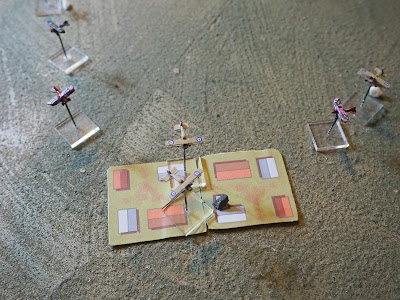 A Pup continued to chase the damaged DII, as a BE2 turned away from the target and made its bid for home. 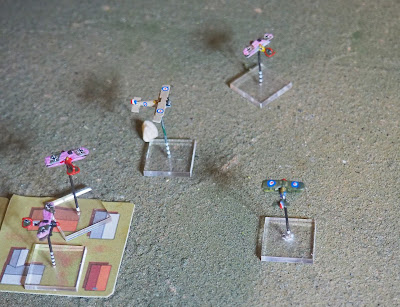 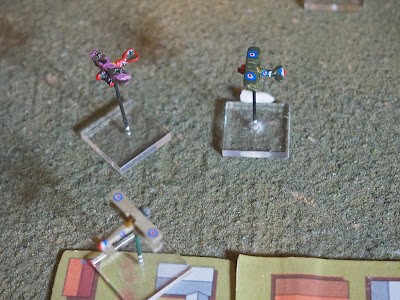 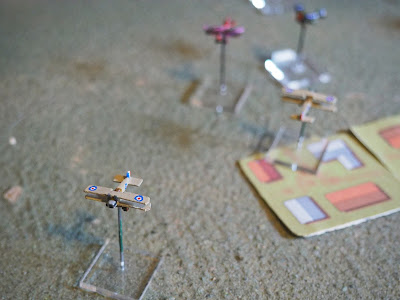 ... and brought it down.
Actually another BE2 was shot down on the other side of the target, but the war-artist missed getting a picture. 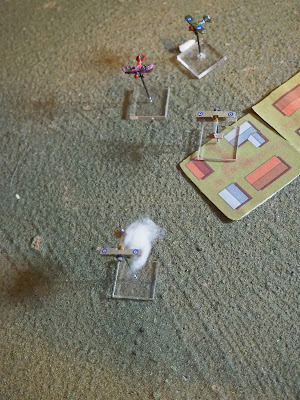 The last remaining BE2 came under fire ... 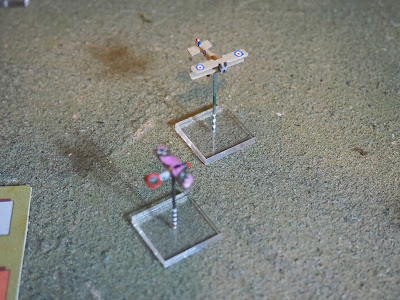 ... but managed to dodge the worst of the German attack as the plane struggled to turn after it. 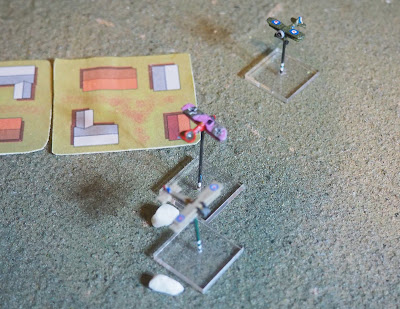 A Pup shot down a DII. 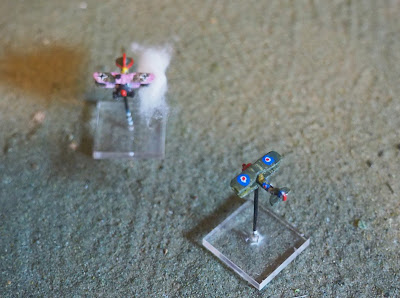 The lucky BE2 didn't stay lucky for long. 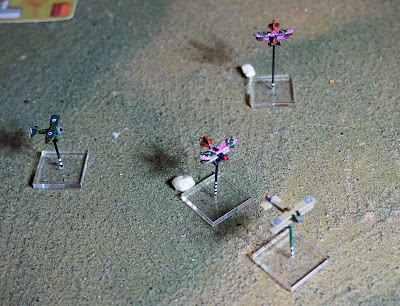 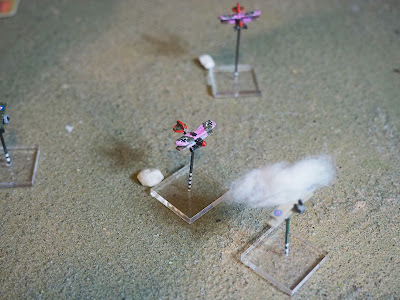 Now all the RFC could do was avenge the two-seaters by shooting down the Germans before they could run for home. 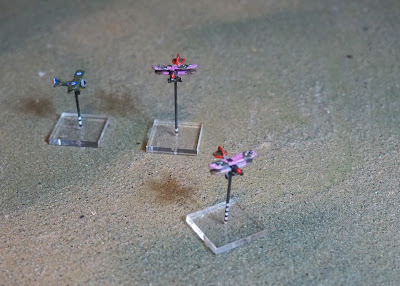 They chased them, and even got in a couple of shots, but eventually the Germans made their escape. One of their planes was on its last hit, though. 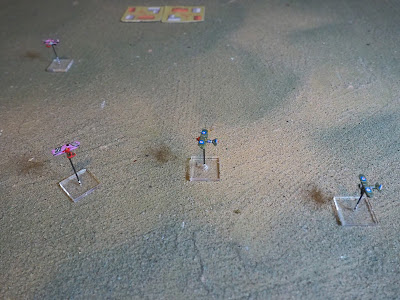 The BE2s are really easy to shoot down, thanks to a modifier I put in making certain classes of aircraft easier to hit. I may need to rethink it, as it's probably excessive given the granularity of the game. Otherwise the Germans did well because the Pups maneuvered really badly; they have a high agility, but if the dice are against you there's not much you can do about it.
I used dice-based initiative again, and it worked well. In addition I tried variable ammo - a plane can fire five shots OK. When it fires the sixth it tests to see if it is crossed off or not (4+ to 'keep' the last shot). So every plane can be sure of firing six times, but may get to fire more. I'm still looking at how much ammo to give to planes; having them shoot every turn regardless of range seems to make things too easy, so a limit woud help, but I don't want to make it hard to shoot enemy aircraft down.