Having showcased my Boxer Rebellion and Foreign Devil armies the other day, I thought that it would be appropriate to make them the subject of this week's HOTT 52 game. So I did.

After considering changes to the armies I decided that the Foreign Devil's Bishop Favier element, currently a paladin, could be reclassified as a hero, thus reducing the deadly paladin/cleric combination this army has where their magician is effectively neutralised. More to the point I decided to run him as a hero general; the sources I used say that "Bishop Favier ... was transformed into a "devil prince" (guiwang), two hundred years of age, who ... had gained complete ascendancy over the minds of the other 'devils'.". This 'ascendency' sounds like justification to make him a general.

Anyway, the Boxers defended, and ended up with one flank of their army anchored on some fields. 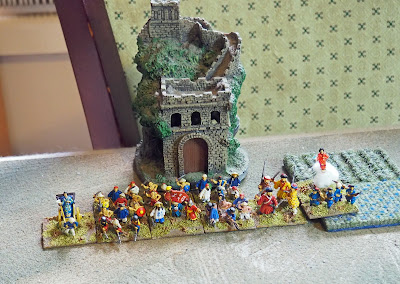 The Foreign Devils found their advance slowed by some fields on their line of march. They put the Russians and Japanese on their right in order to hold that flank, covered by the artillery. The advance in the centre, against the bulk of the Boxer troops, would be led by the Royal Navy contingent supported by shooting from the Italians and Americans. 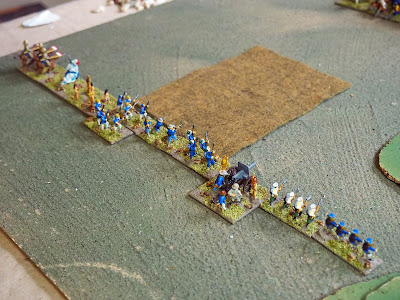 The main attack would be on the left, with Bishop Favier and the Bengal Lancers moving rapidly to turn the Boxer's right flank. 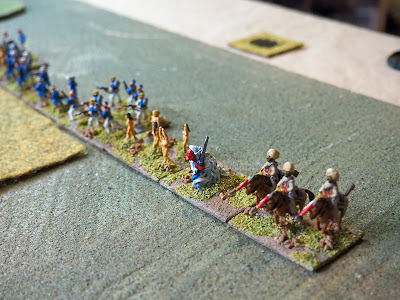 The Boxers were deployed close to their stronghold (deep bases plus a deep stronghold will do that), so needed to advance a little to gain fighting space. 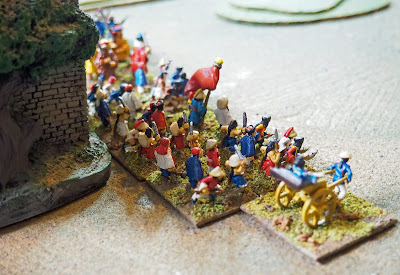 A view from the artillery position. No relevance to the game. 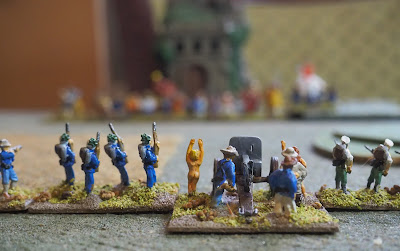 Early advances into bright sunlight. The field slowed the Foreign Devils' advance, but the Boxers were slowed reinforcing their right flank. 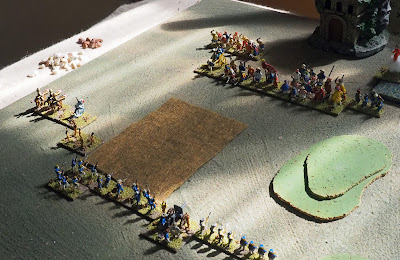 The Foreign Devils moved forward slowly, but on their left the Bishop and the lancers were making good progress. 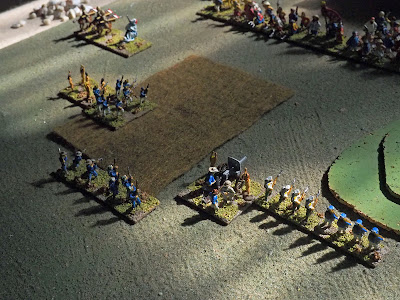 The left flank attack halted for a turn to allow the naval contingent to move up in support. 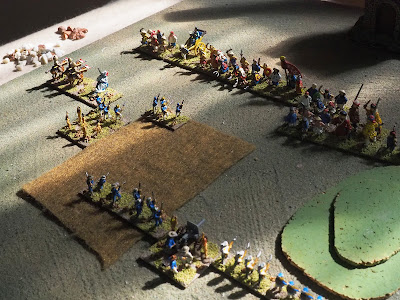 The Boxers initiated the attack. A gap in the Foreign Devils' line was too good an opportunity to waste, offering a useful overlap, and attacking meant they controlled the order of combats (often an important consideration in HOTT). 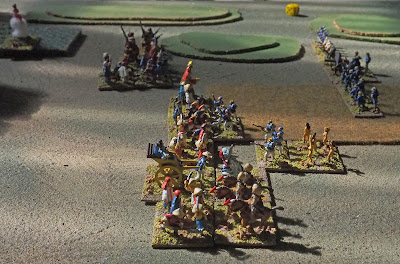 In the centre the advance party of Royal Marines and sailors was overwhelmed and destroyed. 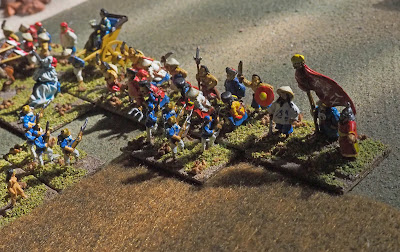 Bishop Favier was faced with the Boxers' Red Lantern sorcerer. The odds were in his favour ... 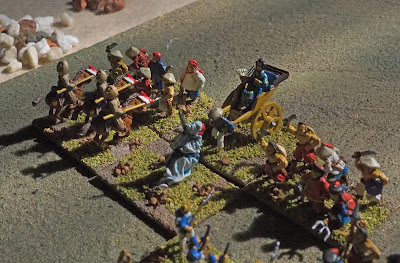 ... and improved when the Bengal Lancers covered his flank by riding down the Boxers threatening it.

Sadly whilst the odds were in the Bishop's favour, the dice weren't, and he found himself a captive of the Red Lantern's magics. 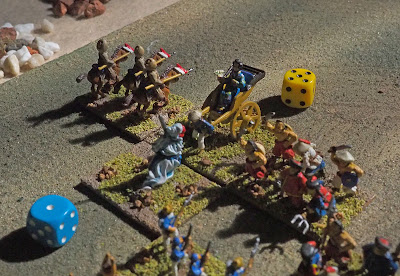 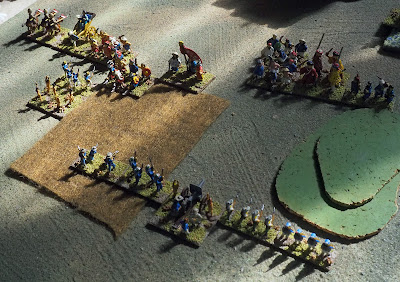 It was such a short game that I set it up again, so you get a bonus report this week.

This time the Foreign Devils defended a cathedral, improvised from my toy buildings. 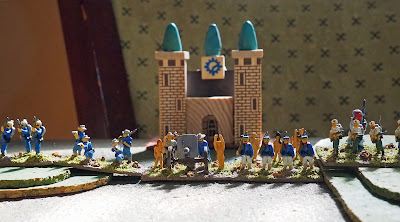 The Boxers aimed their attack on the enemy left. A rapid advance would reach the enemy position before they could move forward to benefit from the forward slopes of the ridge they were on. The Boxer's left was covered by a large village, and the Imperial musketeers were ordered to take position there and cover it against a Foreign Devil flank attack. 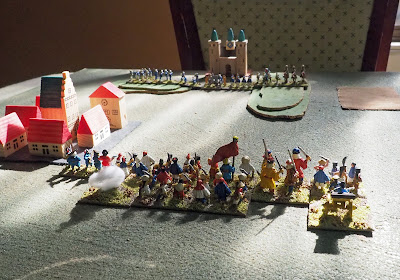 The Boxer advance was rapid indeed, and they got a toehold on the ridge before the Foreign Devils had moved forward too far. 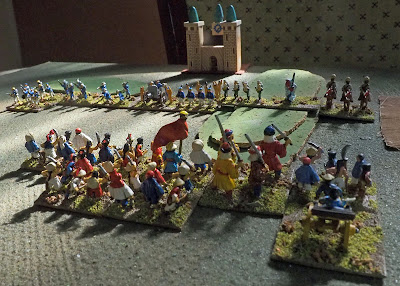 Meanwhile the Royal Navy advanced on the village. 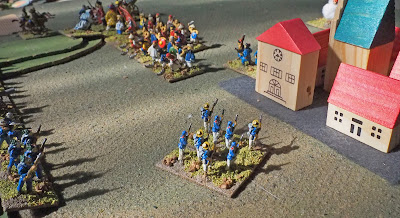 The artillery destroyed an element of Boxer soldiers. 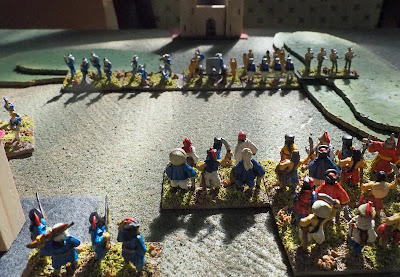 The musketeers opened up on the advancing naval troops. 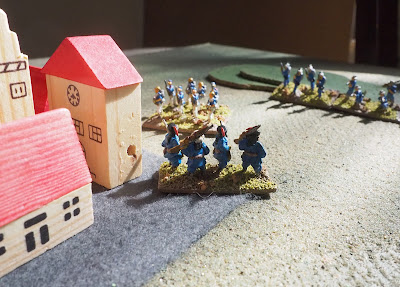 Bishop Favier and the lancers moved forward to seize the forward part of the ridge. The Bishop charged the mighty Peking Boxers; beating them would drive them back and break up the Boxer line, whilst losing to them and retreating (there was no chance of being destroyed) would see them pursue and become isolated from the rest of the Boxer line, forcing it to advance to cover them. It seemed like a good idea at the time. 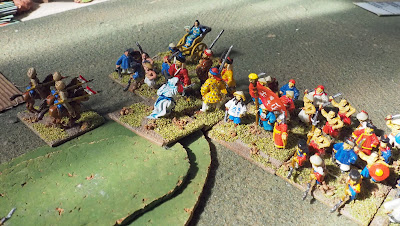 The plan didn't allow or a tied combat; the Bishop ended up stuck in melee with the Peking Boxers. 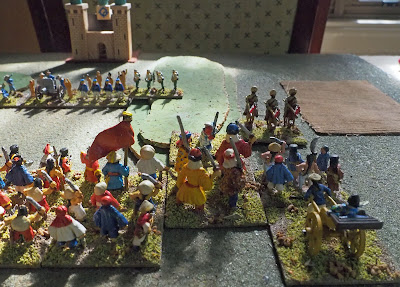 The Boxers responded by bringing in the flying Red Lantern to hit Bishop Favier's now obvious exposed flank. This sequence of events shows that even playing solo you can outwit yourself; I really didn't see that coming when I launched Bishop Favier's attack. 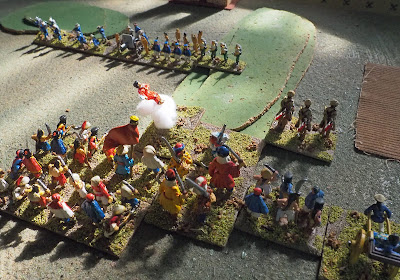 And that was it for the Bishop. Again. The Foreign Devils broke, having inflicted the loss of one element of warband on their opponent. 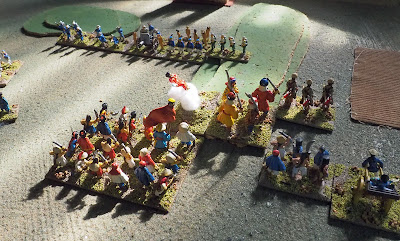 I'm not 100% sure about the Favier as hero general option, but may explore it further. Maybe simply making him a hero is the way to go, making his loss less critical. I am rather taken with the original army's choice of an artillery general, which is delightfully risky (but which actually makes the artillery a tough proposition in close combat if well supported).
Posted by Kaptain Kobold at 14:19