Back around the end of October and beginning of November last year I started work on some Renaissance galleys, in the same style as my cheap and cheerful lolly-stick ships. You can see the posts HERE and HERE. I did actually progress them a little further, but didn't document it. Then, like most of my projects, progress stalled. This was partially because I wasn't happy with how I was doing the oars. When I made my cheap and cheerful ancient galleys last year (HERE) I painted the oars on to what is kind of the base. I certainly had no desire to cut and glue individual ors; I needed a cheap-arse solution to go with the cheap-arse nature of the models. Painting the card blue, then painting the oars on seemed the way to go.

But really, it looks a bit bollocks. And it's terribly tedious to do. So when I got to that stage on my Renaissance galleys, I lost heart.

Until today, when I had a flash of brilliance (or, as we like to call it in this house, a 'brain fart'). The 'oars' are basically a flat piece of card. I can't paint as nicely as a computer, so why didn't I just generate strips of paper with the oars printed on them, and just glue them on? Brilliant!

So I found a suitable stripy pattern via a Google image search, angled it a little, cleaned it up, resized it and dumped it into a Word table. Like this:

The red border is part of the margin in the Word table cell, and gives me some leeway; the red strip goes against the hull of the ship. Basically I just have to cut out one each of a port and starboard strip, trim it to the length of the oar banks on the model, and glue it down. And you can see it on the go here - some ships already have their oars, one is in progress, some just have the blue edging on the card and some ... remain to be completed. 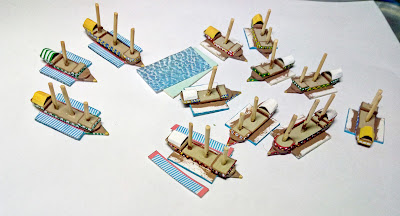 The only bits left to be painted after that are the awnings and masts, and then I need to decide if I want to fit the gallets with just yards (realistic) or some lateen sails (prettier). The galleass will just get sails, since in Galleys & Galleons they are a form of sailing ship with secondary rowing capability.

Anyway, in the middle of that previous picture you can see the beginnings of another project that came out of this brainwave - proper bases for the ships. They've spent the past three years fighting on pale blue card, and I felt they deserved something better. To be fair my 'proper' metal Napoleonic ships fought on blue card for 30 years before getting textured bases, so three years is nothing really.

Anyway, doing the fancy bases I did for my proper models wasn't something I fancied they lok great but take time. I wanted something quick. And having done the oars by means of Photoshop and Word, I though, why not the bases as well? So I produced this:

I used this photo I took 10 years ago at a local promenade, and mercilessly processed it in Photoshop. 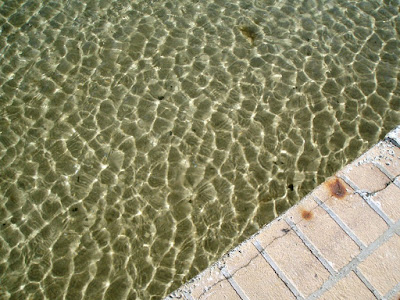 I then pasted it into another Word table. Print and cut ... 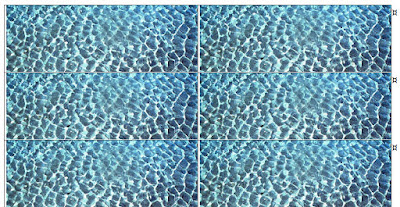 ... and away we go. They are larger than the bases, so I can easily trim off the overlap and so they will work with some of the more eccentric sizes I have. This is a 'proof of concept'. I'll do the bases once the oars on the galleys are finished, and once the ships are stuck down on their new artistic backdrop I'll look at painting in a wake and bow-wave for each one. Maybe. 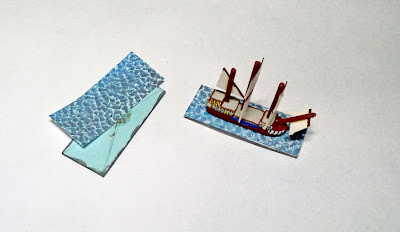 Anyway, I have a 2-3 hour social Zoom session tomorrow, so I can sit and do the bases then I hope.