My new Wood Elves were on the table after their photos-shoot, and the Pyrates were close to hand, so I set up a debut game for the Elves.

The Pyrates defended, and got a nice safe hill close to their base-line. How much use this would be against an army that could stand off and shoot remained to be seen, but it would give a good position for the artillery. 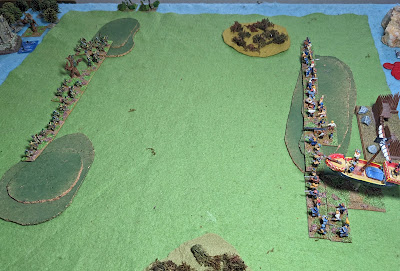 The Elves advanced. Their option of standing and waiting for the Pyrates to attack was a good one, but they chose not to take it.

(Normally when playing solo I play the best option, as I see it, for each side, but sometimes you get games like this where it's really in neither side's interest to advance. So I created a couple of tactical options for each army, then diced to see what they'd do.)

The Pyrates shuffled their line, moving their artillery so that it would get a better shot at the ent. 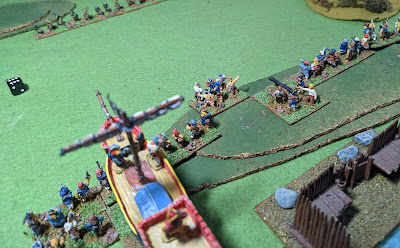 Whilst the Elves had gone for a proper attack, both sides had also opted to attack strongly on their left. The Pyrates got off to a bad start when a PIP drought meant that they were unable to bring up their airboat to support their warband. The Elves shot down one element ... 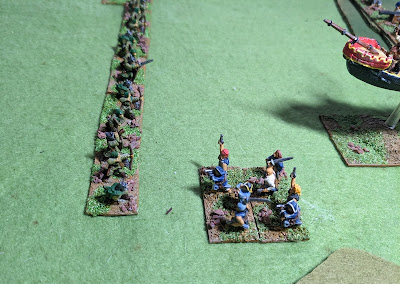 ... then detsroyed another in close combat. 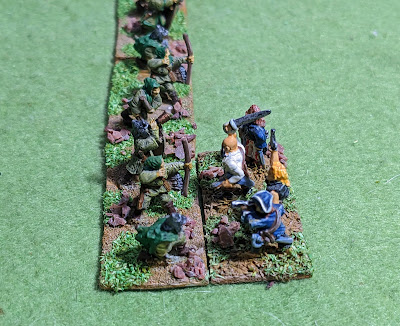 On the other flank the Pyrates formed a strong line of warband in some brush, but the Elven archery scattered and destroyed them. PIPs were so poor here that neither side managed to deploy their lurkers. 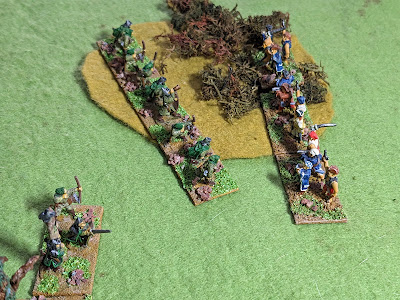 The Elves advanced some more and took the Pyrate King's airboat under fire. Surprisingly it weathered volley after volley with no effect. A good job, as PIPs continued to be in short supply and he was stuck there for a while. 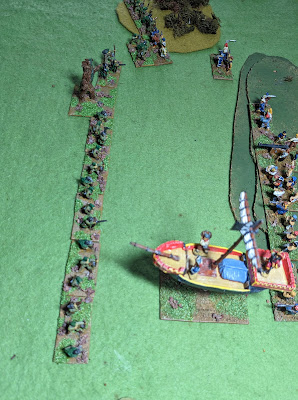 Once he got the airboat moving he did what any self-respecting airboat captain does; flew behind the enemy line to block recoils. The Pyrates brought up their outgunned musketeers to create some of these recoils. 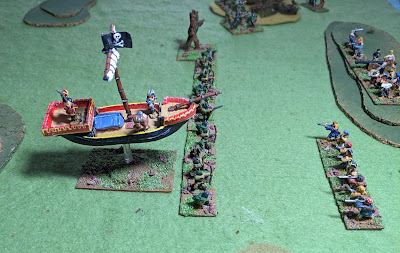 The Elves turned their troops and drove back the airboat.

But soon things were looking tight for them as the two sides exchanged fire. 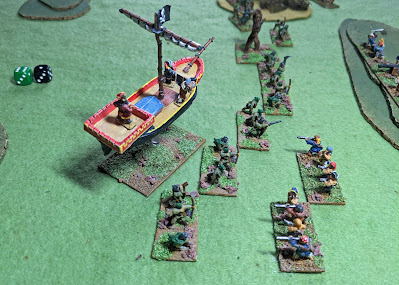 In teh centre the Elves had advanced to within range if the hill, only to see their ent driven back by fire from the Pyrates' cannon. 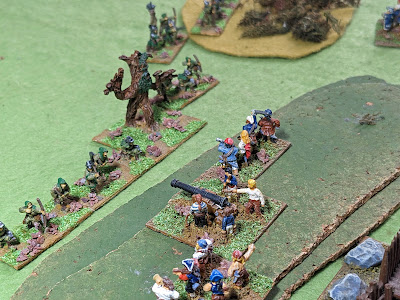 The Elves then charged the cannon - it's a straight kill if you can beat it in close combat - but were wiped out. 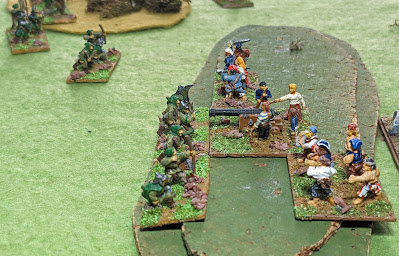 Thanks to blocking by the airboat and the sterling work of teh Pyrate artillerymen, the Elves had now lost a few elements, although the Pyrate losses meant that they were close to breaking as well. 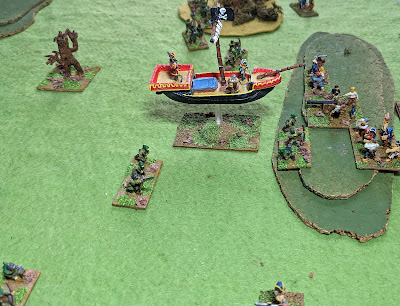 The cannon saw off another group of Elven archers, their recoil blocked by the airboat. 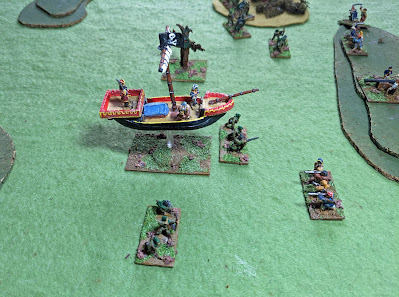 The problem the Elves were having was that a lot of their force was bogged down in the brush on their left. Their commander shifted their attention to this group, and pushed forward; one more kill would see the Pyrates break. 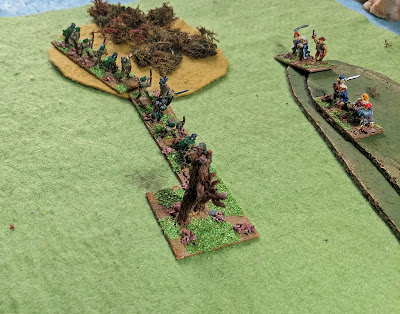 But the Pyrate King was upon them, and a critical set of combats ensued. The cannon could shoot at the ent. The last of teh Pyrate warband had charged the Elven commander. And if either Elf element lost then they would recoiled into the airboat. If the Elves lost both combats then their army would break. 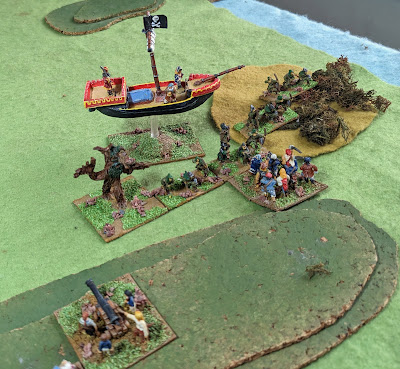 The ent resisted the artillery and the Elf commander destroyed the warband facing them. This saw the Pyrates break instead. 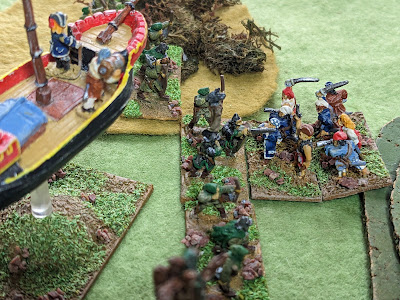 The Elves had won 14-8, but came close to losing 12-10. It was a tight game. The majority of their losses were caused by the artillery and blocked recoils from the airboat.
It's nice when an army wins its first game.
Posted by Kaptain Kobold at 20:00

Email ThisBlogThis!Share to TwitterShare to FacebookShare to Pinterest
Labels: hott