I promised that I'd let the Daleks have another outing after their comprehensive trouncing by UNIT the other week, and today I did that.

I selected my Weird WWII Americans as an opponent and they got to defend, laying down some useful bocage and a couple of hills. 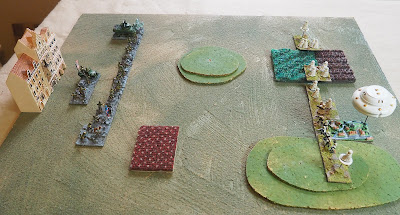 I picked up these ceramic ornaments in a charity shop the other say, so thought I'd use them as the stronghold. 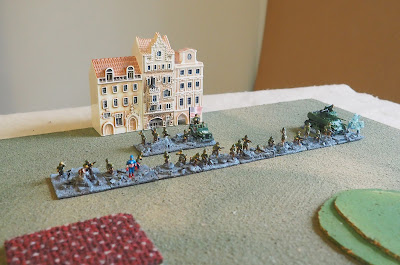 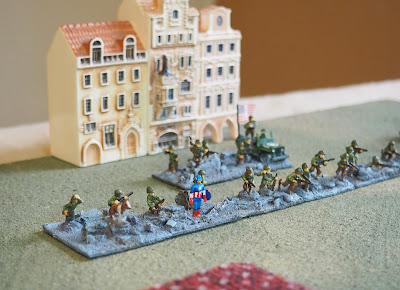 The Daleks had a strong aerial contingent, led by their command saucer, as well as some human mercenary allies. 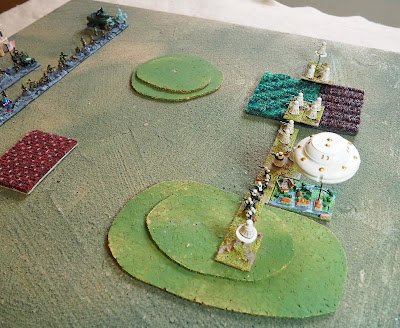 The Americans advanced, with Lassie and Sergeant York covering the flank against a sudden aerial attack. 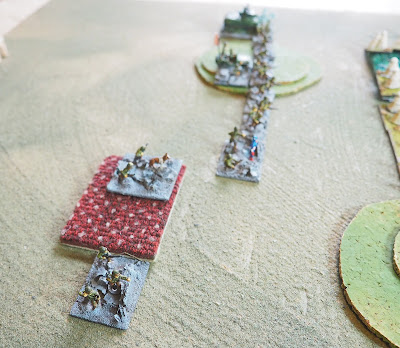 The Daleks pushed forward slowly, hamperd by the bocage. 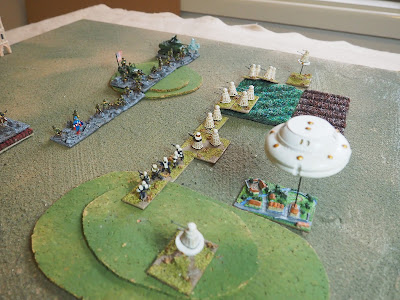 The special weapons Dalek and the mercenaries fired on the Americans, to little real effect. 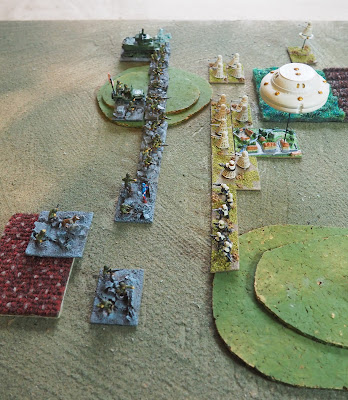 The Americans attacked in the centre and on their right, leaving their left held on the security of a hill. 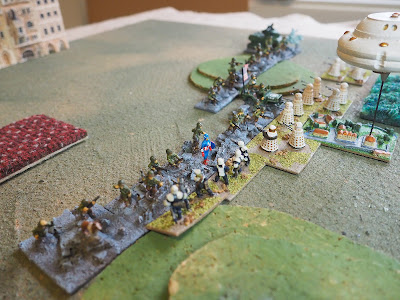 The General led from the front. 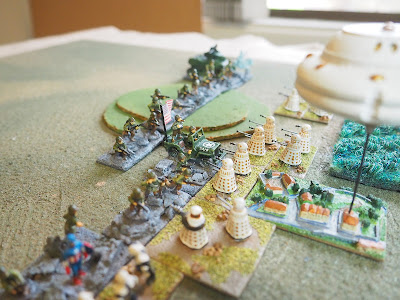 Sergeant York dealt with some of teh mercenaries, but the rest of the Americans were pushed back. This was a good moment for a strong Dalek counter-attack. 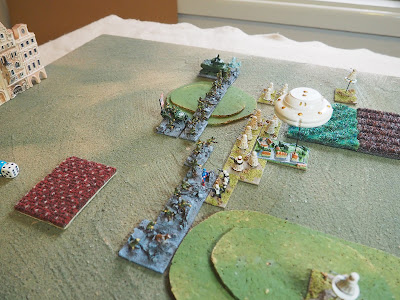 Instead they rolled a second '1' for PIPs and did little more than reorganise their line. 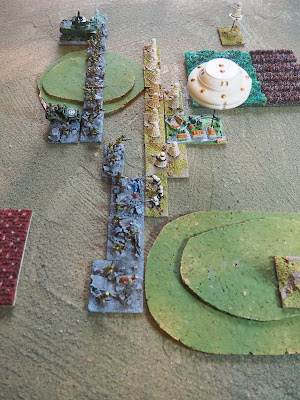 The Americans pressed forward again, led by Captain America and The General. 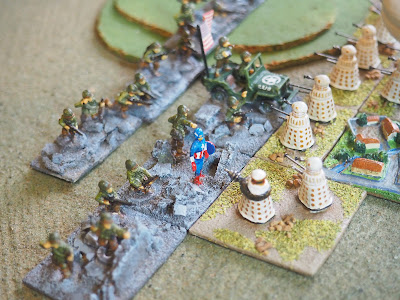 The last of the mercenaries fell, as did the special weapons Dalek 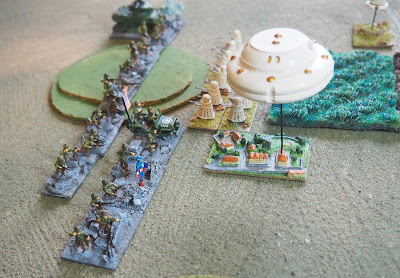 The Daleks were in serious trouble, and could do little more in response than a furious attack on the American left flank. 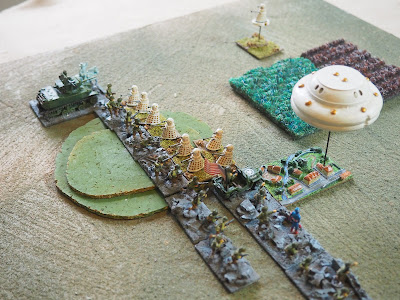 The American infantry were driven back ... 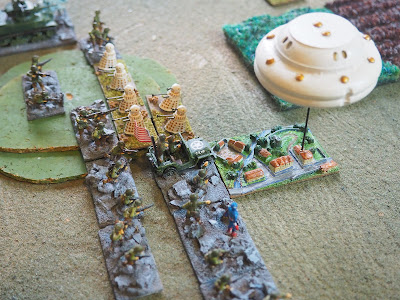 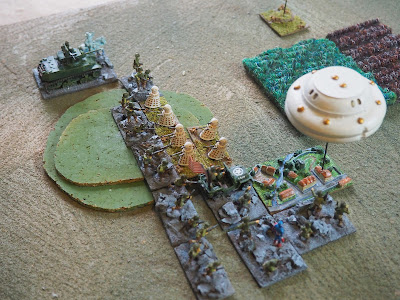 The command saucer survived an attack from The General and Captain America, but more Daleks fell to the furiously charging Americans, and the Daleks retreated. 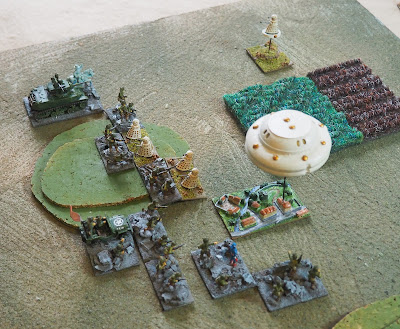 So the poor Daleks did no better in this outing than their last. Splitting up the aerials was a bit silly, although a complete PIP drought at the key moment of the battle didn't help either.
Posted by Kaptain Kobold at 20:51