The Wars of Illawarran Succession continued last night, with six of us playing another round of our ongoing Maurice campaign. I am ashamed to say that I can't remember what the actual alliances were. I think that Daniel, John and I (playing Russia, Prussia and Sweden respectively) were allied against Caesar, Peter and Gary (Britain, Austria and the Ottomans). I could be wrong.

Anyway, I ended up facing Peter's Austrians, one of the front-runners in the campaign, and a seasoned army with no national advantages and loads of troops. Here I am, outnumbered two to one in just about everything and somehow on the offensive. Very Swedish. Basically doomed. 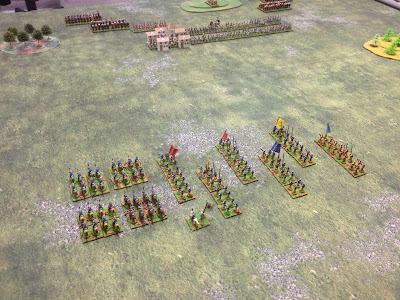 I didn't have any terrain to hide behind and neither did the Austrians have any reason to come ut and attack me, so in I went. 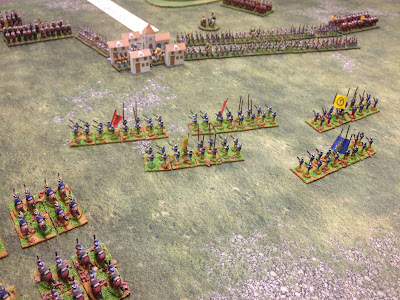 Hey! Since I'm outnumbered, why don't I attack the strongest part of the Austrian position - the town. My flawed reasoning was that I could take it quickly, then try and hold it for the rest of the game against a human-wave of experienced, and terribly cross, Austrians. I mean where's the flaw in a plan like that? 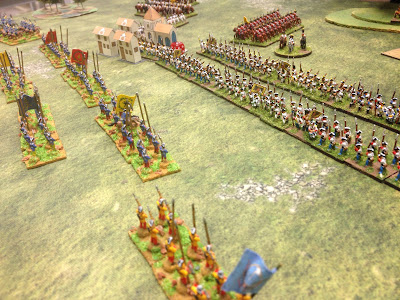 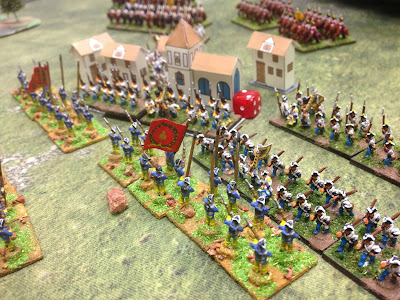 As I wobbled on the brink Peter's cavalry charged, and finished me off. 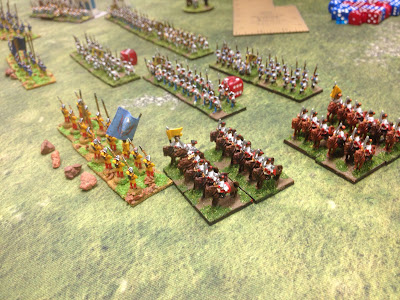 So that was the first game over with a decisive Austrian win and a realisation on my part that I need to think about (i) better army design and (ii) developing some tactics.

Here's the final position. At one point we did almost break the Austrians in the town, so it wasn't all bad. 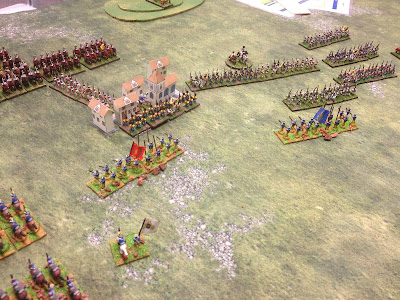 Gary's Ottomans took on John's Prussians. They massed on one flank of the strong Prussian position ... 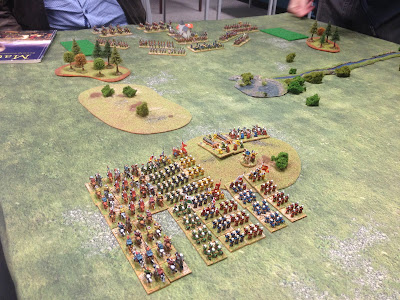 ... turned their flank, and defeated them in a brisk battle. 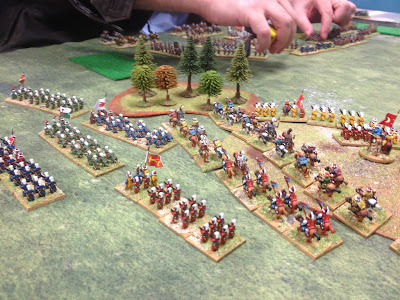 Caesar's British and Daniel's Russians fought on the final table. 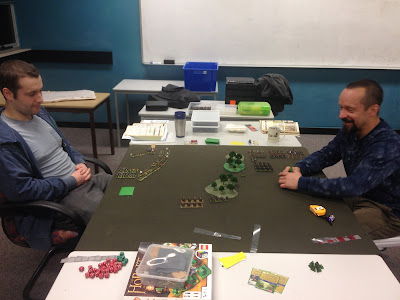 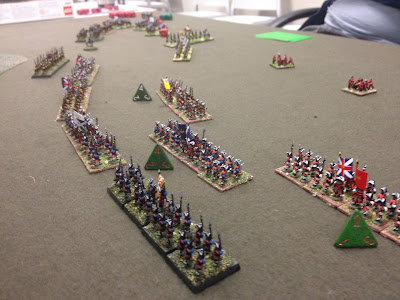 This was the first set of engagements of a new war, but the Anglo/Turkish/Austrian Alliance won it quickly and convincingly, so we all now get a period of peace to rebuild our shattered (in some cases) armies. War will resume in a few weeks. I think I'm fighting the British.
Posted by Kaptain Kobold at 07:20