I ran a game of Machinas at the club last night in preparation for MOAB, where we'll be running games of it on the Saturday. With one player calling in sick, I ended up with two players; Maya and Satvik. Here they are. Aren't they cute? 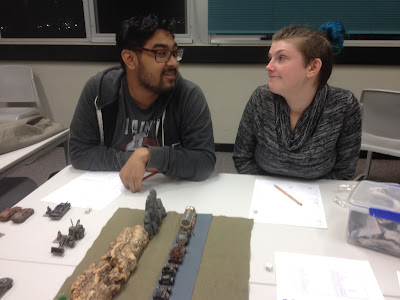 I set up the chase scenario we'll be running; they got to choose from a selection of vehicle pairs, and I played a randomly determined vehicle that they were attempting to chase and destroy. The player who finished off the target would win, so although co-operation was encouraged, a clear winner would emerge at the end.

As you can see from the looks above, co-operation wasn't going to happen, despite the random target being the heavily armoured tanker Industrial Disease. 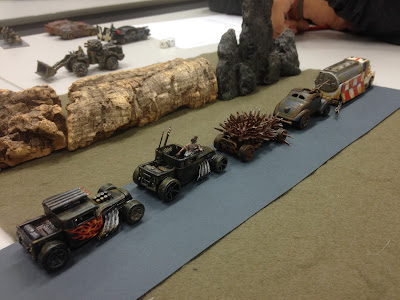 Maya's plan was obvious from the start; destroy Satvik's vehicles. This left Satvik fending her off, whilst also trying to organise attacks on the tanker 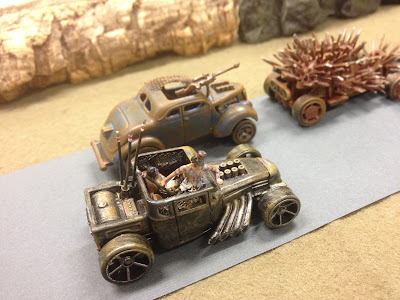 I am working on some better-looking terrain for this game, but I'm reasonably happy with the width of the road for this kind of game. 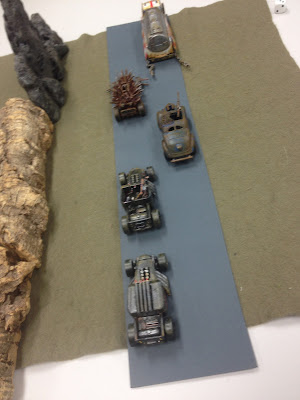 Maya managed to get in a couple of good shots at Blues Breaker, with harpoons from one vehicle and rockets from the other. This left Satkvik's vehicle badly damaged and in danger of being taken out of the chase. 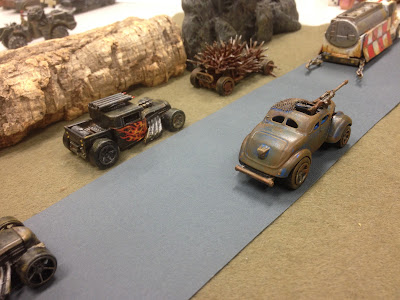 However Satvik was keeping his eyes on the prize, and make an attempt on the tanker with Please Don't Touch. There was lots of scraping of paint and metal, but no real damage. 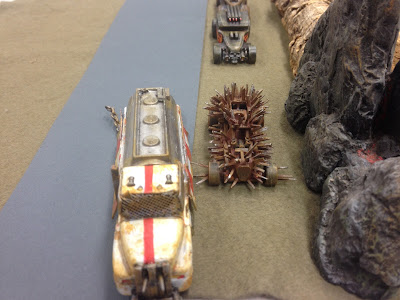 Frustrated by a failure to finish off Blue Breaker, one of Maya's vehicles  dropped out of the chase. 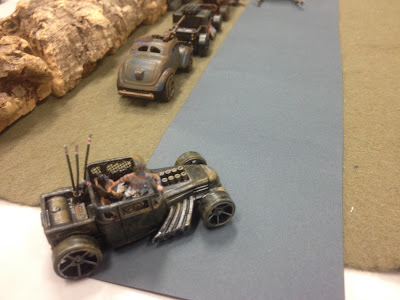 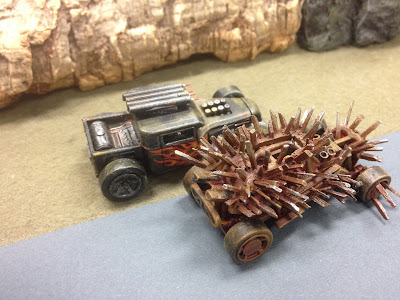 The results were predictable. 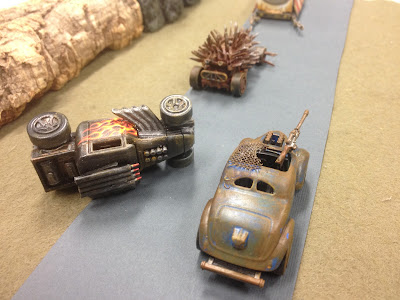 Another vehicle pulled out; the badly-damaged Blues Breaker. 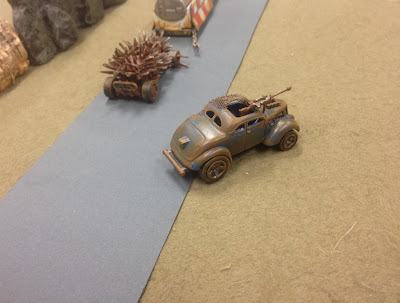 This now left the spiky Please Don't Touch as the only vehicle chasing the tanker. 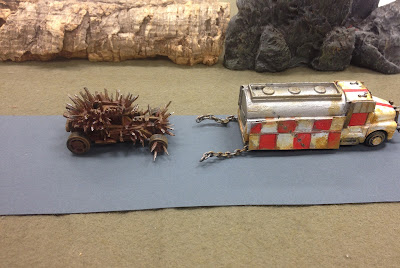 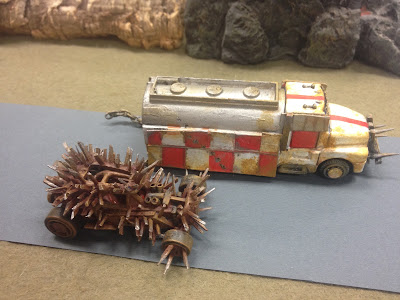 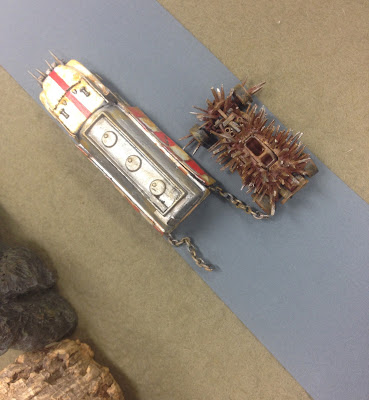 Success eluded him, and the tanker escaped. 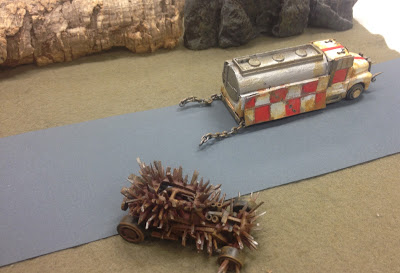 Neither Satvik or Maya had played before, but had little trouble picking up the mechanisms, and Maya had a lot of fun playing a very aggressive game unrelated to the actual victory conditions. Running the tanker didn't give me a lot to do, but the game in general allowed me to assess some of the changes I've made to the rules, so was very helpful.