Catherine and I have just got back from Supanova in Sydney, an annual expo of all that is good and nerdy. Aside from the obligatory cosplay, there are artists, guest from the world of film, TV, comics, video games and beyond, traders selling all kinds of goodies and ... more cosplay. There's even some games.

The expo has expanded from previous years, moving into a second hall at the Sydney Olympic Park site. This also had the effect of opening up a large outdoor space within the ticketed area as well, which meant there was a lot more space to move, breathe and to take photos. A great improvement.

I didn't take as many photos as I should have done, and what I did take were all cosplay. Here's some individual outfits which caught my eye.

I loved this classy Snow White look. If I did Snow White I'd want a frock like that. 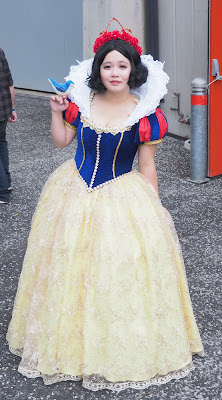 Marvel Girl is on my to-do list as well, but I certainly won't carry it off as well as this. I had a nice chat with her about where she got the boots. 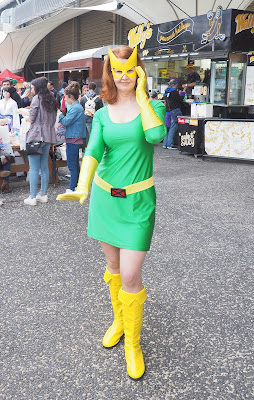 This Lego Batman was a highlight. 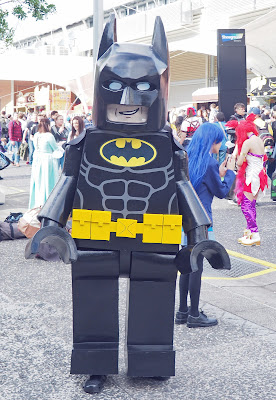 But I think this was my favourite single costume - The Thing. 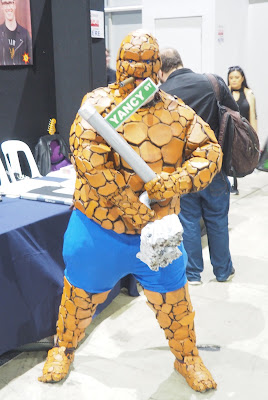 The bravery award went to Ultra Boy and his skimpy outfit. 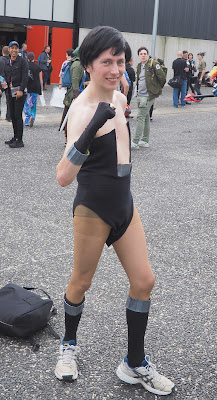 This was my favourite group. Simple but effective. 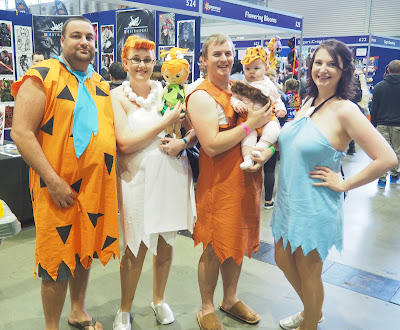 And here's the obligatory Disney princesses (plus Peter Pan). One of the many groups of Disney princesses (including the one my daughter was part of). I took a photo of this one because one of the ladies had come as Megara (from Hercules) and I don't think I've ever seen her done before. The photo doesn't show it, but her hairpiece was magnificent (you'll have to look up a side view of the original character to see what she was aiming for, and achieved). 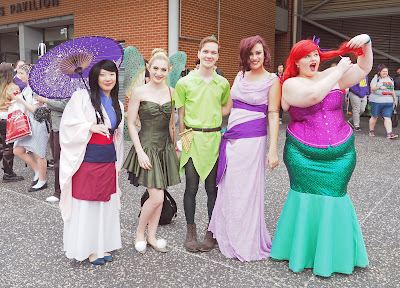 Once again Catherine and I did Jessica Jones and Kilgrave (but not in that order). We hoped we'd get more recognition than we did at Comic Gong back in May. We didn't, really. I think most people thought I was just a transvestite on a day out, which strictly is true, but wasn't the only effect was going for. And certainly wasn't true for Catherine who went full purple and watched a 20 minute tutorial on how to do hair like David Tennant's. 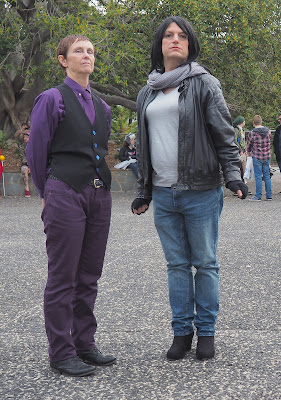 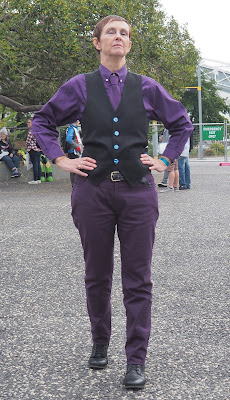 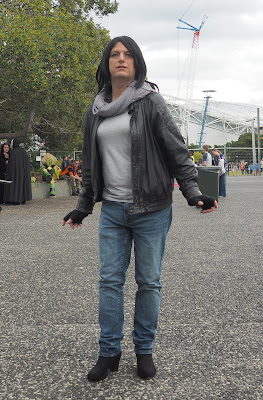 I say we didn't get much recognition; we did get asked for photos by one of the professional photographers who do the rounds at these events; the first time this has happened in the four years we've been going.

We trawled a lot of stall, had a great time chatting to random strangers, and bought very little; some cheap steampunk goggles because ... well, always useful, and a few prints. But we had a fantastic day and will be back there next year with new costumes.
Posted by Kaptain Kobold at 21:10