I was looking for a scenario with which to try out my Portable ACW Wargame changes yesterday, when I stumbled across the fact that 7th December is in fact the 156th anniversary of the Battle of Prairie Grove. So I found the post where I last fought it with the Portable Wargame (back in 2012), set it up and gave it another go.

I gave both sides ten units each. The Union forces were split up into Herron's command (on-table) and Bunt's force (which would arrive at some point. or not at all).

Blunt's troops had to march to the sound of the guns. On any Union card, the Union force could assign a number of the activations to Blunt's command. At the end of ll activations I rolled a D6; if the score was equal to or less than the activations allocated, Blunt would move one 'space' close to the battle. He needed to move twice, at which point is troops could be placed on the edge of the battlefield (I allocated two entry squares) and units could enter via normal moves in subsequent activations.

The terrain and setup: 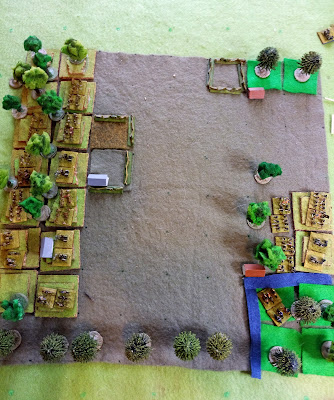 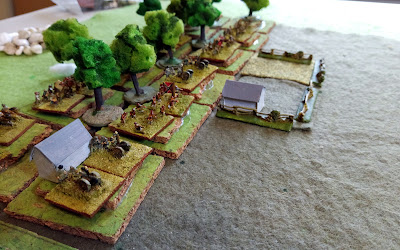 Herron's comand. I allowed the artillery to fire over woods and other troops at targets on a hill. 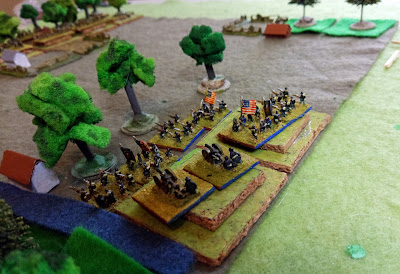 The Confederates pushed Marmaduke's cavalry forward to contain Herron whilst they bombarded his men with artillery. 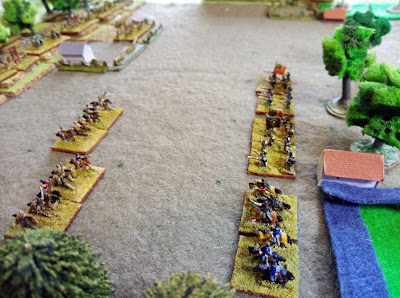 Although some of the cavalry was lost, they badly mauled Herron's troops. 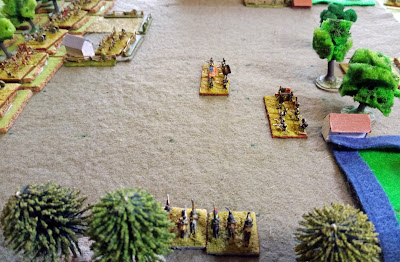 The Confederate artillery was especially effective. 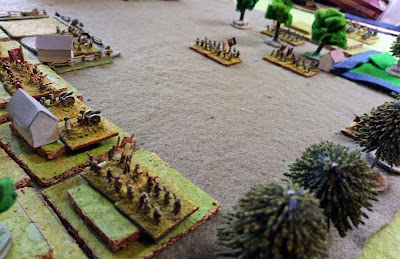 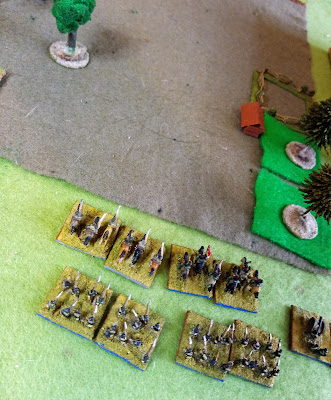 With a good run of initiative cards they pressed forward a bold attack. 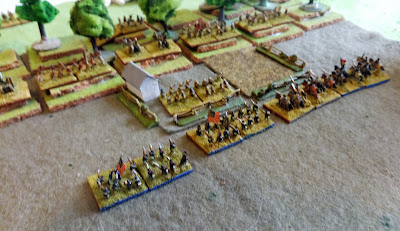 The Confederates repulsed it, though 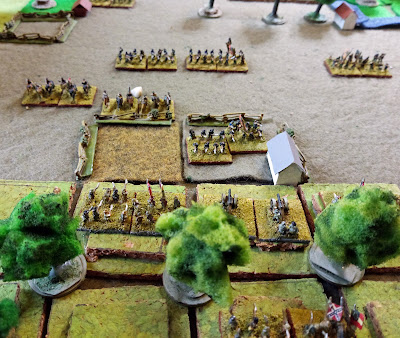 And their right flank, having finished off Herron's troop, turned on Blunt's flank. 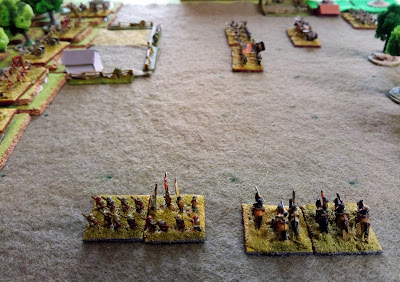 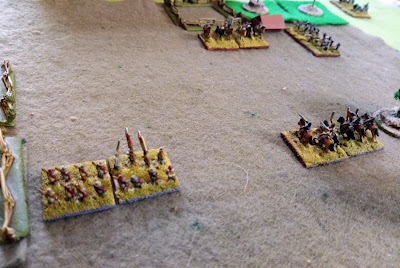 At that point I called it. The Confederates had barely been troubled, whilst the Union were soundly beaten. 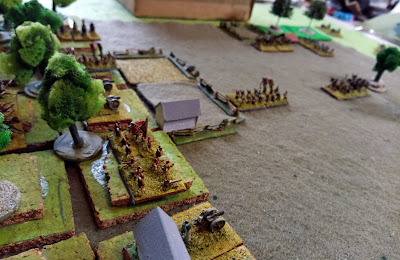 This is a tricky scenario to balance and for which to set objectives. The Union start with half of their troops off-table and yet, on the day, attacked the Confederate line quite fiercely. They were repulsed. As I recall the problem was that Herron thought he'd encountered only part of the Confederate army (rather than all of it), but in turn Hindman (the Confederate commander) thought he was facing the full Union force and behaved cautiously.

What I'll probably do is set those two grey houses as objectives with control of both giving the side a break-point bonus. But I may hamper Hindman's command ability util Bunt arrives; reduce his cards so that he doesn't get to activate too many units. This gives Herron a change to rush forward and maul his force even before the reinforcements arrive.

As for the changes, I'm beginning to find that whilst they look good on paper they don't do it for me in actual play. I will persevere with them and see how they go in other games.
Posted by Kaptain Kobold at 17:45