I know how much most people here like to see Nazis getting a good kicking (and if you're not one of those people, what are you even doing here?), so here's some pictures of a couple of games of HOTT I played against Geoff last night. I used my Weird Reich army. Geoff used the Weird WWII Americans in the first game, and won, and then the Weird WWII Soviets in the second game. And won again.

Americans vs The Weird Reich 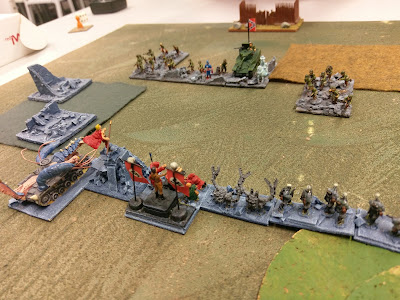 Gung-ho US soldiers pile into the Death's Head Battalion. In fact the skull-heads came of best in this fight, one of my few successes of the evening. 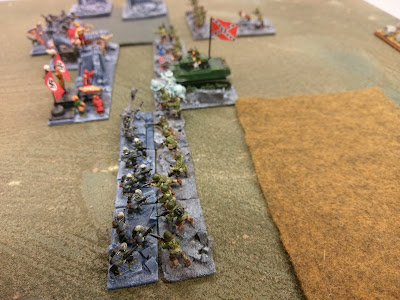 A few brave boys engaged Adolf himself, who fled to his bunker (some bad going far to his rear). 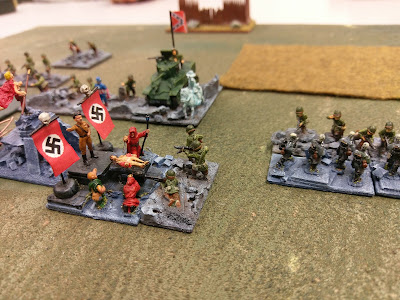 Captain America and The Haunted Tank teamed up to take down the Aryan Superman. 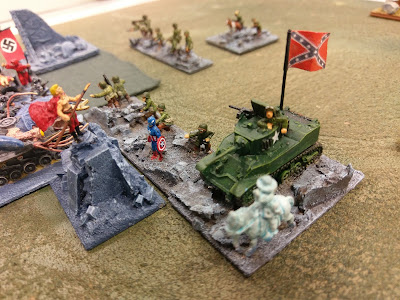 Desperate fighting in some ruins. The ruins had to be removed because of all of the fighting. 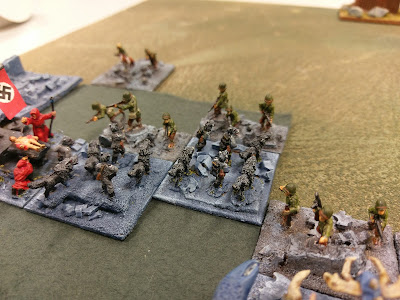 The Death's Head Battalion has a go at The Haunted Tank. 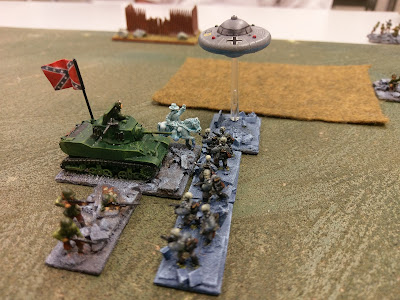 But this is where it all ended. Cowering in the ruins, Adolf was attacked by ... Lassie! And Lassie won. 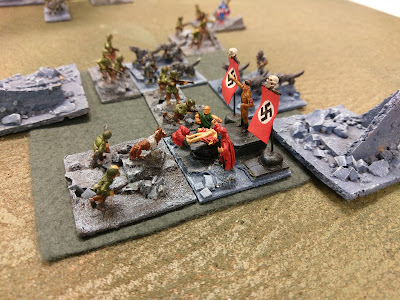 On to the second game. I used the same army as before, whilst Geoff switched to the Soviets 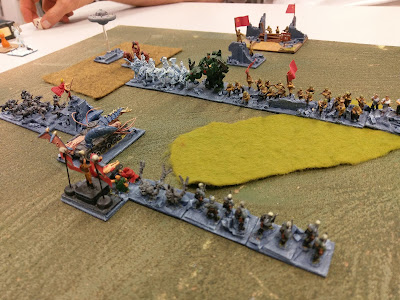 I had a good feeling about this game, and advantages on a couple of key parts of the battlefield. 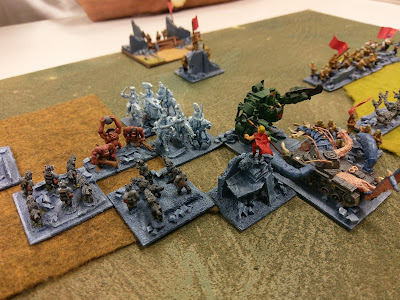 Hordes and skulls faced-off on the left (although skull-headed soldiers already have an advantage in a face-off). 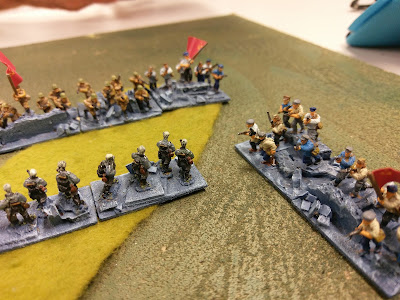 On my left I did a grand job with the werewolves, but Geoff did a grander job with The Hero of the Soviet Union and an even grander one with Stalin in his battle-suit. These two elements cut their way through the Nazi centre, before finishing off the werewolves to win the battle. 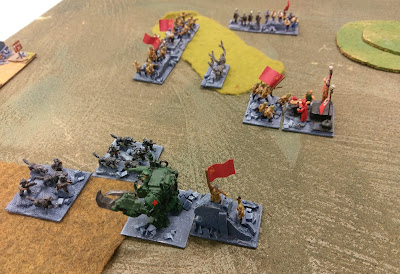 So that was the Nazis thoroughly punched twice.

Meanwhile, elsewhere in the room, everyone else was having a far more sensible time refighting Marengo using Black Powder. 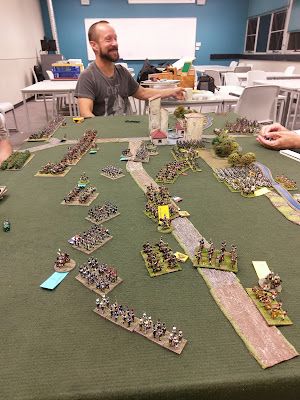