Having badgered the authors of 'Twilight of the Sun-King' with questions over the past week, Gary and I fed the answers and clarifications back into the rules, and replayed the Fraustadt scenario, At Gary's request we left off the Saxon fortifications, on the hope it would make the infantry centre and little more active and give us a chance to try out firefights and infantry charges.

As before the Swedes attacked with their cavalry on both flanks first. 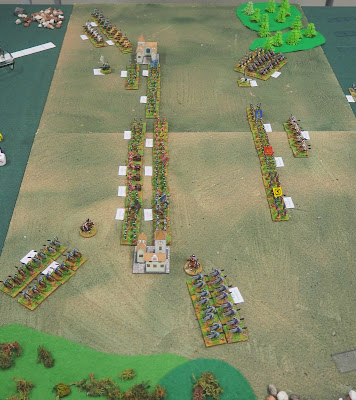 However their infantry also advanced. 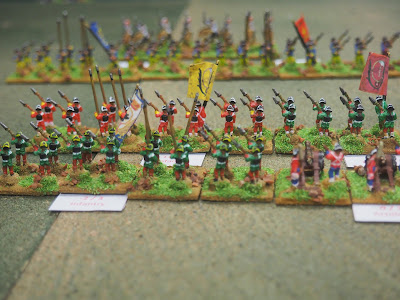 Cavalry melees developed on both flanks, with the Swedes at a distinct advantage. All the Saxons could really do was hope to reduce the morale of some of the Swedish units, and delay the attacks for as long as possible on the hope that their artillery and infantry could do something nasty to the Swedish centre. 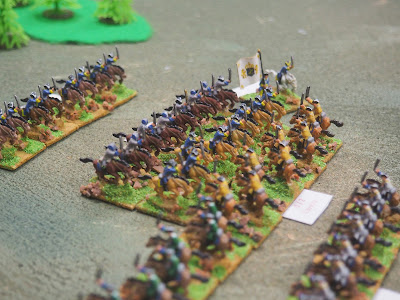 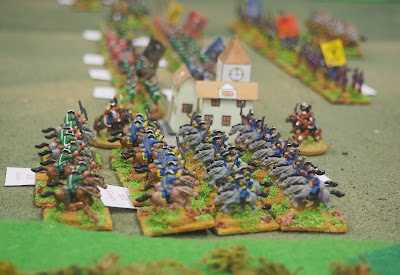 On the Saxon left, one of their units chased off some Swedish cavalry, routing it into the woods. 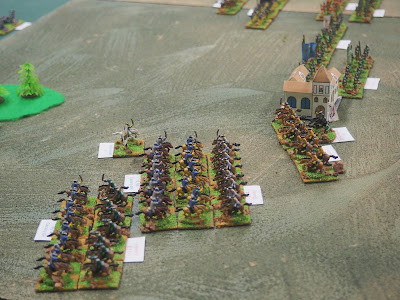 The infantry met in the centre - the determined thin, blue Swedish line against the double line of the Saxons. 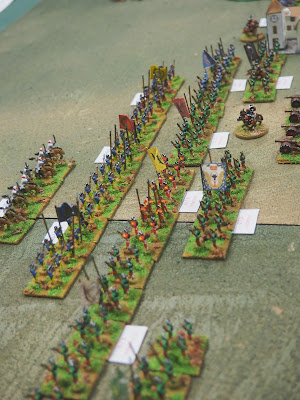 The Swedes charged, and one Saxon unit in the centre collapsed and fled immediately. However the Saxon artillery took the attacker under close-range fire, and slowly whittled it down. The other Saxons held firm, and a long infantry melee ensued. However Swedish cavalry was firmly in the Saxon rear, having eliminated the Saxon right. 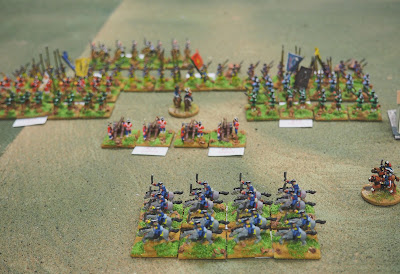 On the Saxon left the last of their cavalry units routed. 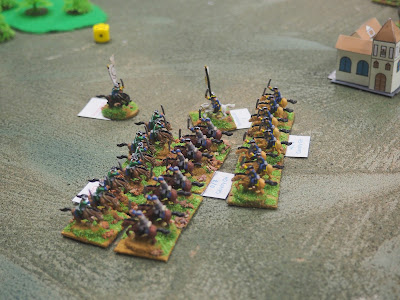 The infantry battle in the centre reached its height. The Swedish units were close to breaking, but the Saxons cracked first and started to break. 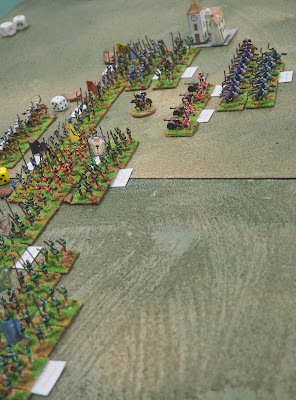 However with a second line they could keep up the fire, and the Russian allies on the Saxon left also moved into action. The resulting musketry broke the whole Swedish infantry line. 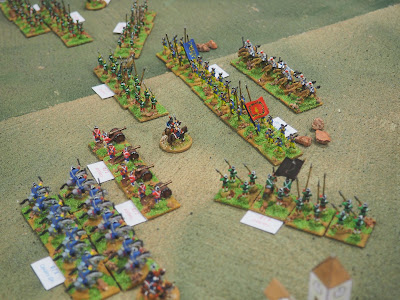 The Swedish cavalry in the Saxon rear attacked the artillery, with inevitable result, but both armies were now wavering on morale. 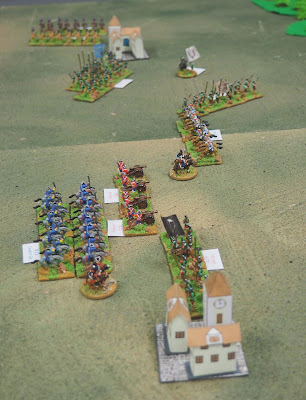 It boiled down to which army would fail its command morale tests first. It was the Saxons. But it was a very close game.

It was also a very smooth game. We hit one or two minor issues, but they were easily resolved on the spot. The clarifications we'd elicited covered all of the major problems we'd had in the last game, and we were free to concentrate on outwitting each other or staving off disaster for our armies.

It appears that an official errata/clarification sheet will be forthcoming. We're looking forward to trying this set for a bigger battle now.