For the last year or so I have been thinking about Doing Something with my South American Wars of Liberation figures. These are 6mm Irregular miniatures blocks, based one block to a 1" wide base and originally organised into units firstly for Principles of War and then Rocket's Red Glare.

I then settled on using a HOTT variant for the conflict, but didn't really have the bases to do anything more than one base = one element. So I could play games, but they were small - very small. Here they are in action: 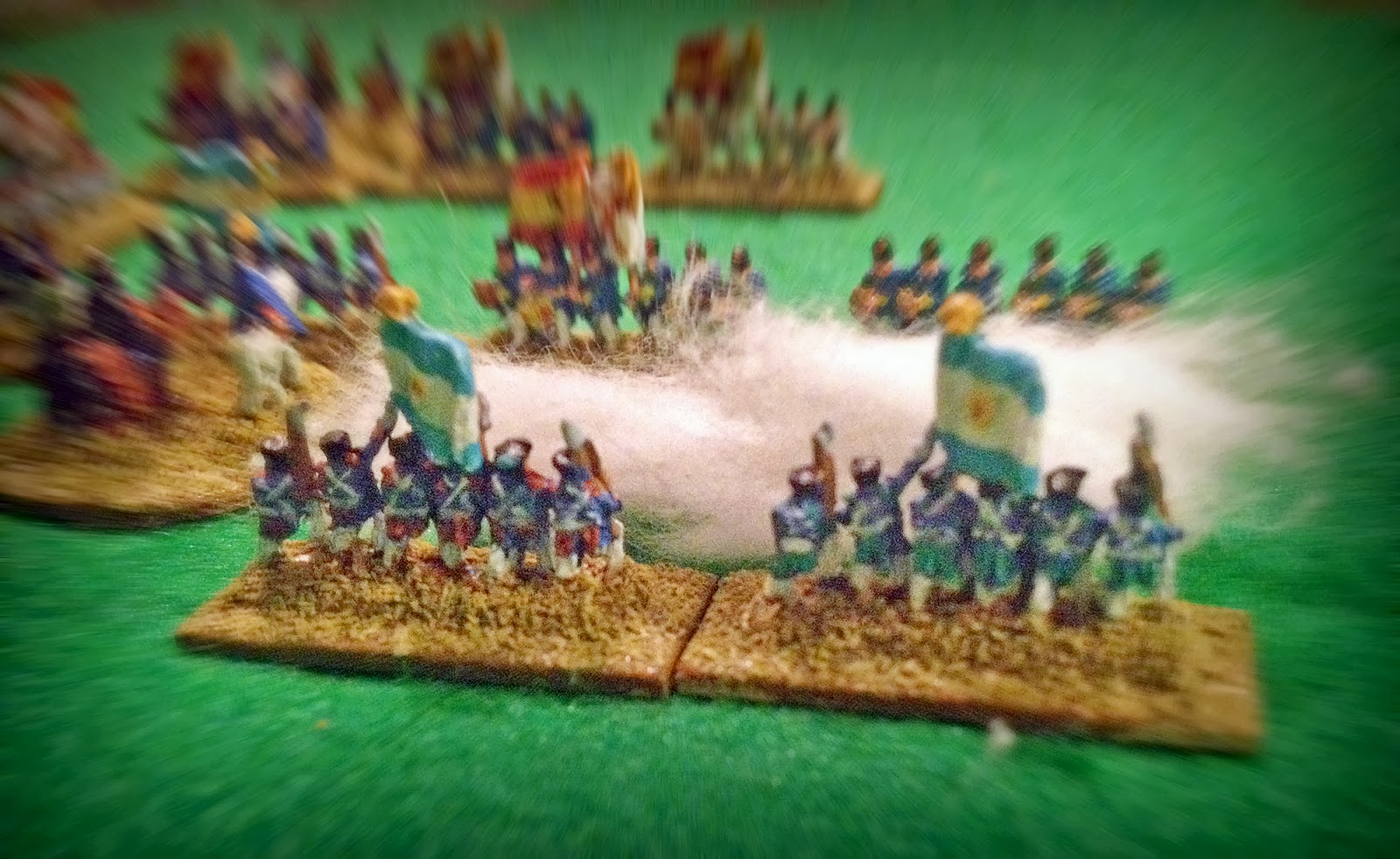 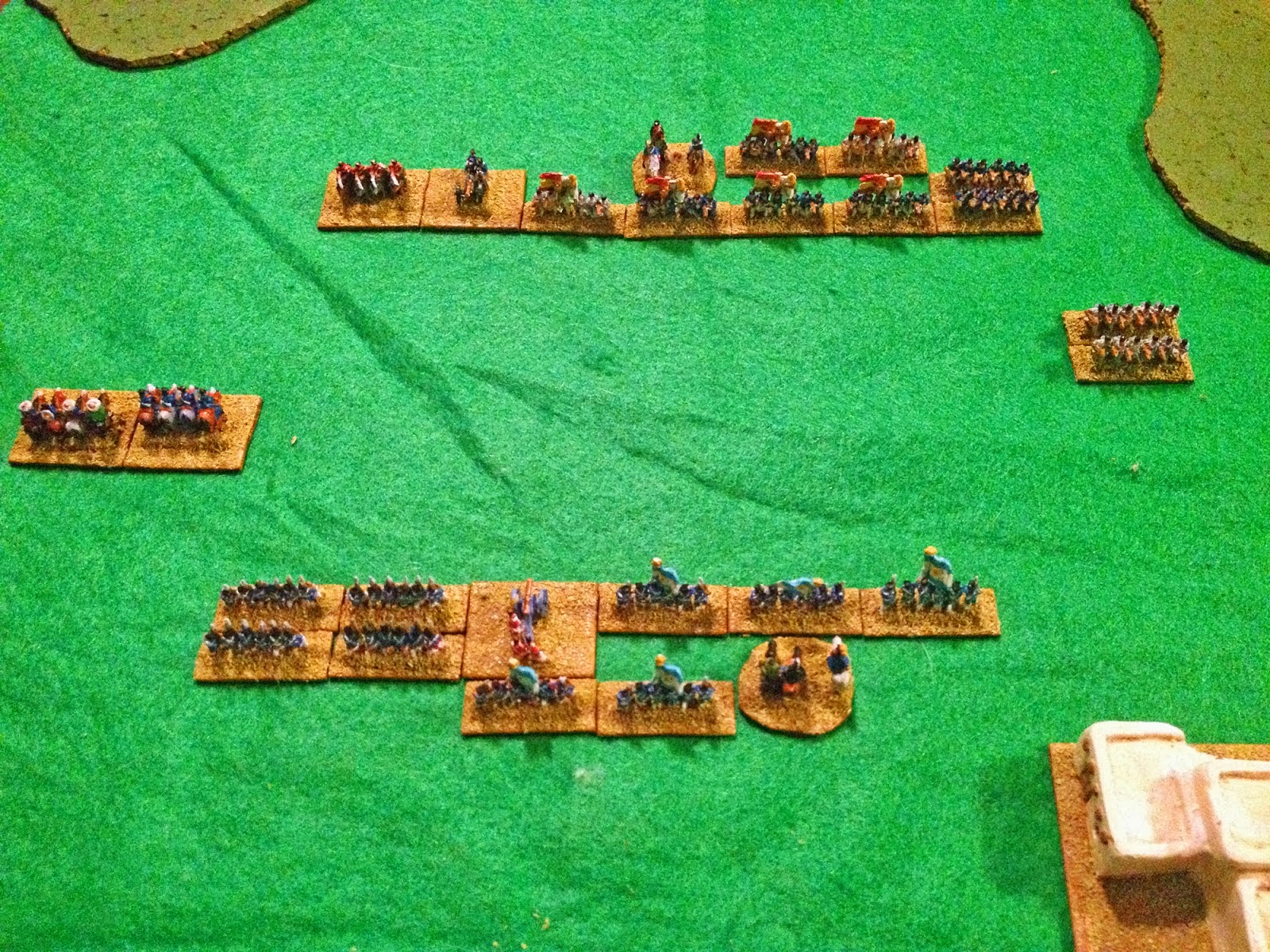 They look OK, but are fiddly to use.

What I'd really like to do is use four blocks on a standard 40mm HOTT element. This would look awesome, and give an excellent-looking game on a 2' square board. But I'd need to by at least as many figures as I already have. And paint them. I really don't fancy doing that; not in the short term anyway.

So I had a think about alternative solutions. And I wondered if I might be able to cobble together some proxies from the Junior General paper figures collection. Imagine my surprise when, trawling through the 19th century lists, I found that since my last visit an extensive collection of South American Wars of Liberation figures have been added to the site. HERE THEY ARE.

So I'm working on assembling two sizes for a 12-15 element Liberated HOTT game. And the first stage is deciding on the best look for everything. Junior General figures are, be default, sized to about 20-25mm, but I didn't want to go that big. I wanted a decent block of figures on a  40mm frontage, with two ranks of infantry. But I'm a dab-hand with Photoshop, so chopping and resizing was easy enough to do.

What I've gone for is this: 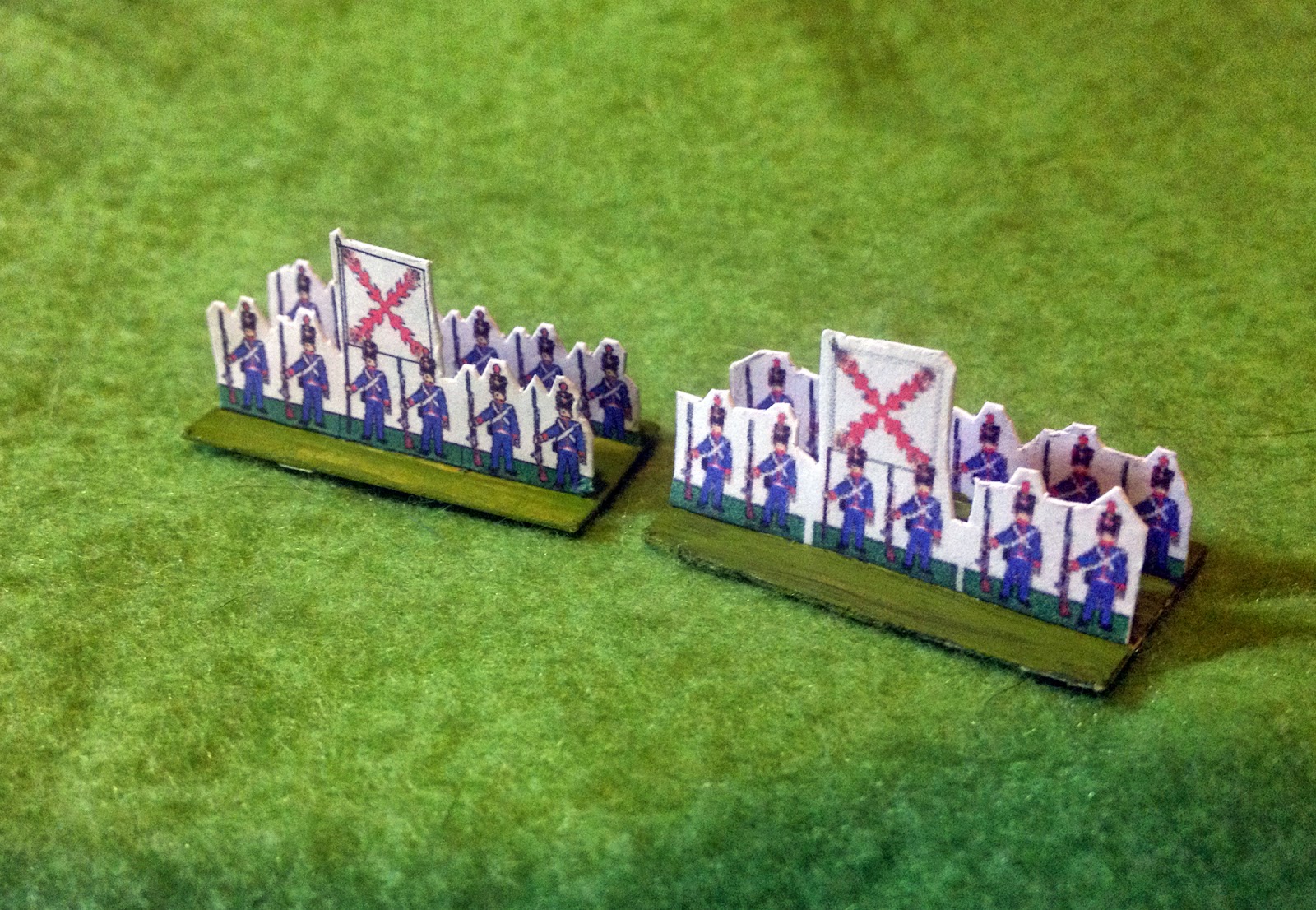 That's two strips of six infantry per base - each element is 40mm x 20mm. The figures are about 10mm tall. I used a high resolution, so you can see all of the original detail if you care to look.

I painted the bases of those elements (which are Royalists, by the way), but here's some Patriots with unpainted bases. One is another infantry unit (obviously), whilst the other is my cavalry test base. Cavalry is always done sideways on, which means it has to be based as individual figures. I went for six cavalry on a 40mm x 30mm base. The density looks OK with the infantry. I haven't painted the bases on these. 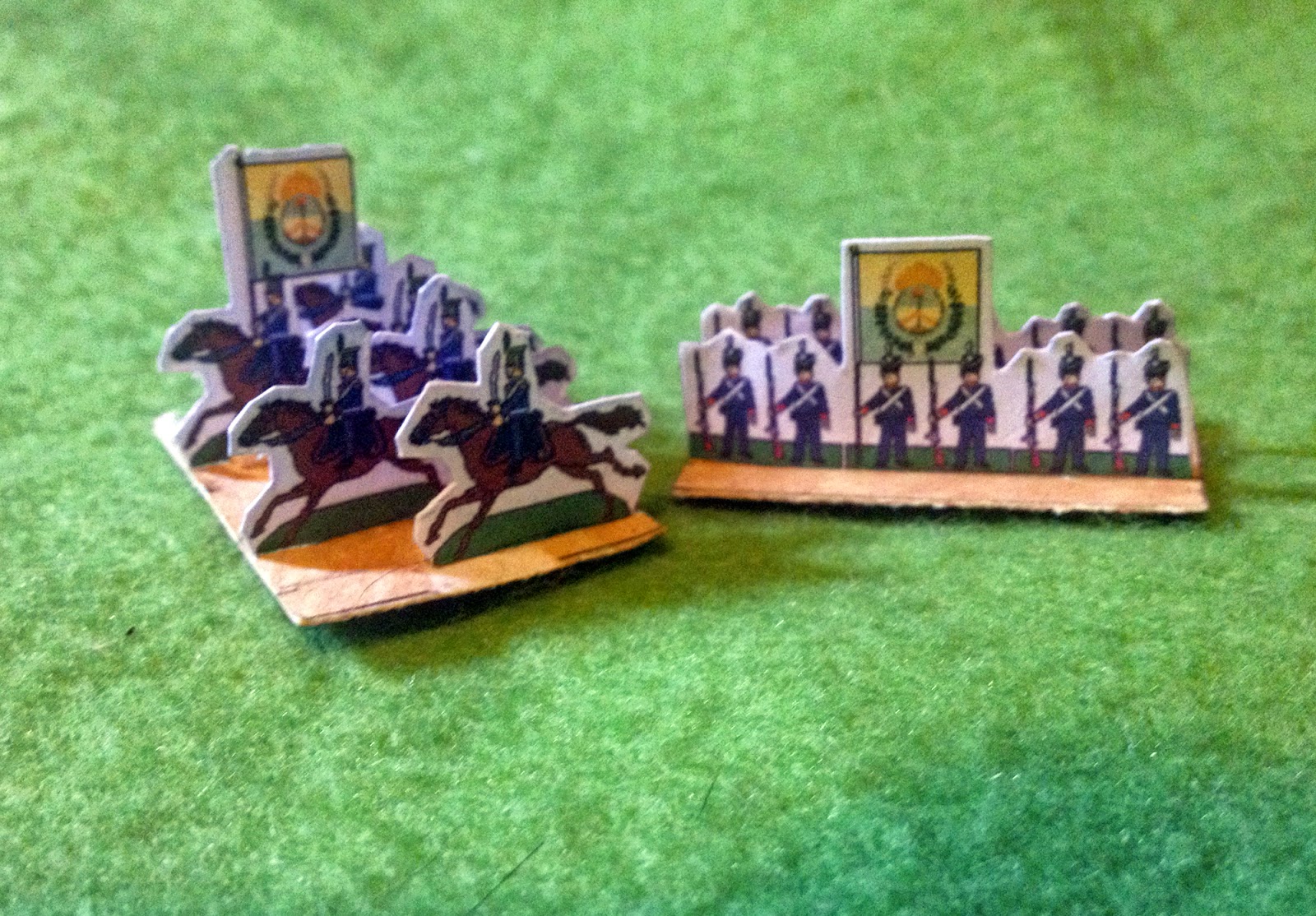 Artillery. I'm not that happy with how this looks, but an army generally only has one or two elements so I shan't worry about it too much. 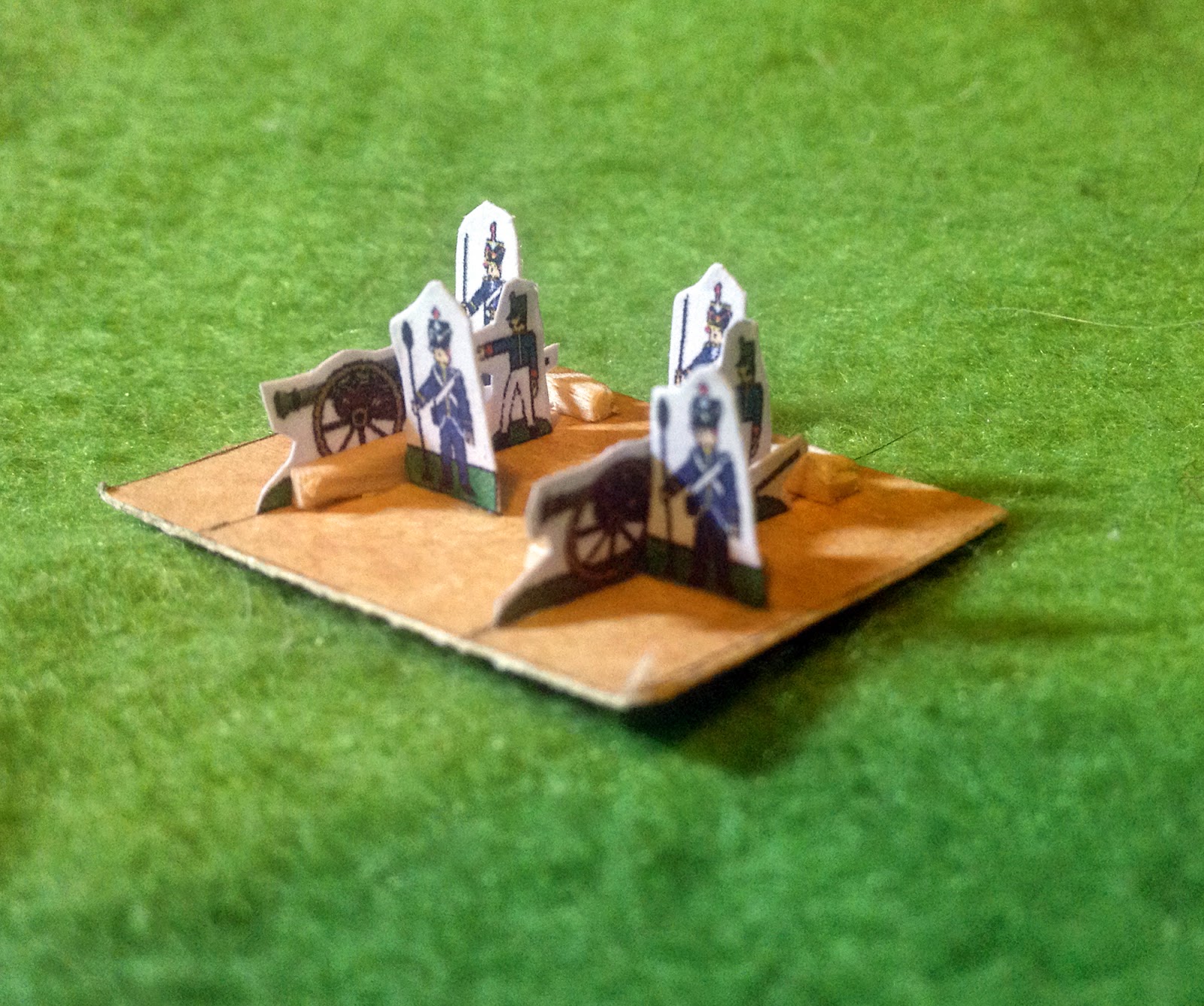 The test bases convinced me that it's worth producing two whole forces, so I have assembled and printed two sheets of infantry - one Patriot and one Royalist. There are twelve elements of infantry on each. Tomorrow I'll put together and print some sheets for the cavalry and artillery. 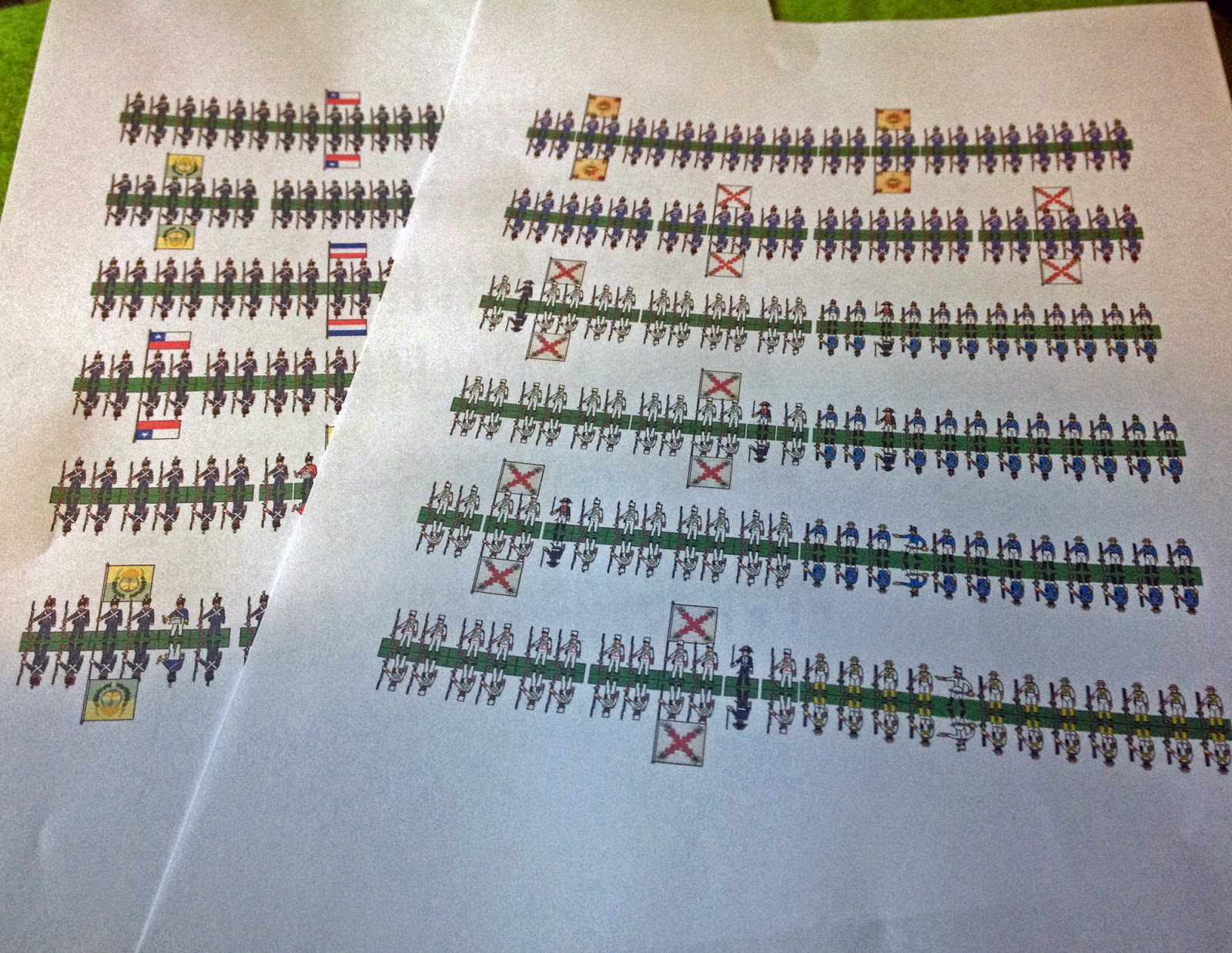 What I'll probably do is get some green mounting board to put them on. Then I only have to paint the matchstick pieces I'm using to support the figures and the edges of the base. I'm looking forward to seeing and using the completed armies.