HOTT On The Road To Moscow

With my Weird WWII Americans currently stalled through lack of critical paint supplies, I thought I'd finish off my gaming year with a HOTT game featuring my original Weird WWII armies - the Germans and Soviets.

The Soviets defended. The photos are poor because, with sorting out how to attach a tarpaulin to our new car roof-rack, and then watching a couple of ancient episodes of 'Doctor Who' I didn't start playing until the natural light had gone. 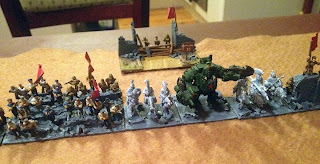 Their stronghold - The Road to Moscow. 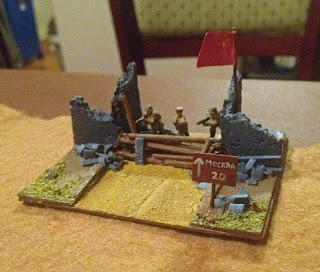 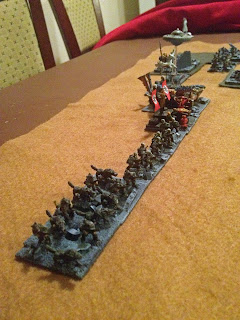 They are led by Hitler himself - a Magician general. 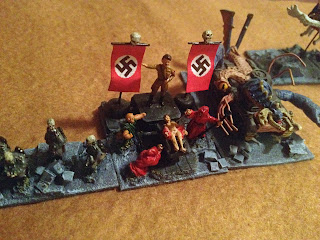 After a couple of moves the plans were developing. The Russians attacked aggressively in the centre, aiming for Hitler himself, whils, the Nazis  were outflanking the Soviets with Werewolves (Beasts) and Death's Head Soldiers (Warband). Their aerials waited in reserve - a Valkyrie and a flying saucer. 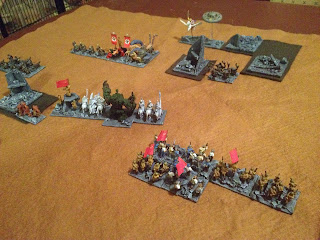 The opening combats saw both generals engaged, and a bad line-up for the Nazis, as Hitler came under attack from the Hero of the Soviet Union (Paladin). Stalin piloted his Steel Man Battlesuit into combat with the Demon Panzer (both Behemoths). 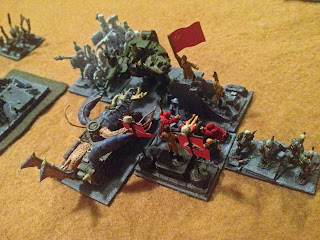 The Demon Panzer was pushed back, but Hitler was luckier and held the Hero to a draw (but not one resulting in mutual destruction). 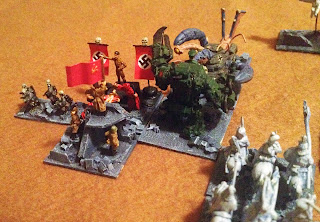 On the German move the Valkyrie swooped into the Paladin's flank. Now, a simple flank edge overlap would have sufficed, and been less risky to the Valkyrie, since it had no recoil room. But by being in close combat contact she also blocked the recoil of Stalin - as a Behemoth he couldn't crush an aerial, but couldn't pass under her either whilst she was in combat. 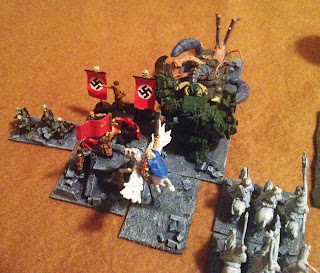 Stalin was lucky, and held the Demon Panzer to a draw. 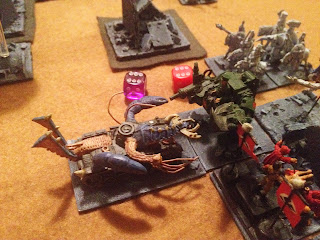 But the Hero of the Soviet Union fell to Hitler's dark sorcery. 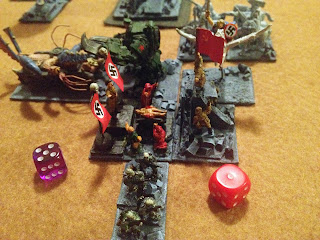 Hitler now swung onto Stalin's flank, whilst the Valkyrie moved into the rear. This looked like it for the Soviets ... 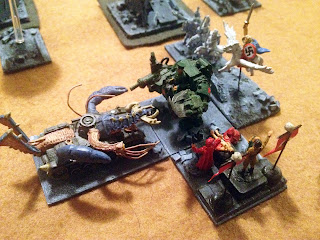 ... but fortune favoured Uncle Joe, and the Nazis were driven back. 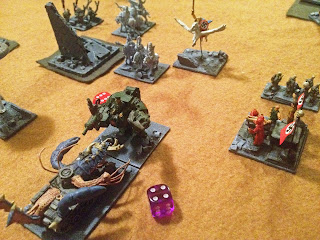 At that moment the Soviets received the help of General Winter (God). 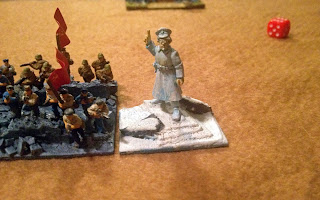 Stalin pushed the Demon Panzer off the board. 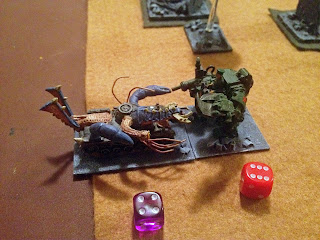 This left Hitler himself as the only viable opponent for Stalin; a win would cause the Steel Man to flee into bad going, where he would be more easily finished off by bespelling or aerial attack. 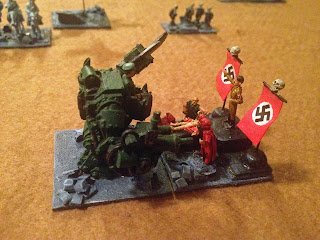 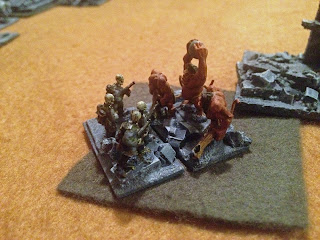 ... whilst the ghostly Heroes of Old Russia (Knights) attacked Some Nazi robots (Blades), watched by massed soldiers and worker (Hordes) 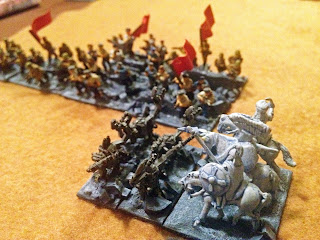 Stalin held Hitler to a draw. General Winter swirled across the board, and joined the combat, allowing Stalin to defeat the German general. 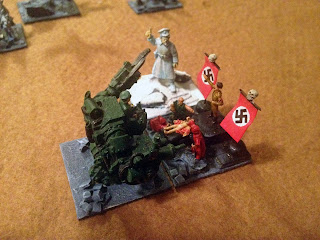 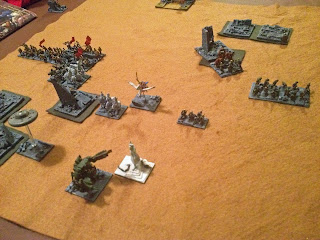 This was a close game, which could have gone either way, although it mostly boiled down to each side trying to exploit an overexposed enemy general. The Soviets were probably luckier than they deserved, although Hitler was lucky not to have been defeated in his first couple of combats against the Hero of the Soviet Union.

I'm looking forward to trying both of these armies against the Americans. But that will be a game for next year.