I played two games of DBA against Caesar last night. He used Early Imperial Romans in both games. In my first I used Sarmatians, because I wanted to try out hordes.

Actually most of the Sarmatian army is knights. Indeed they can have the entire army made up of knights if they want to. 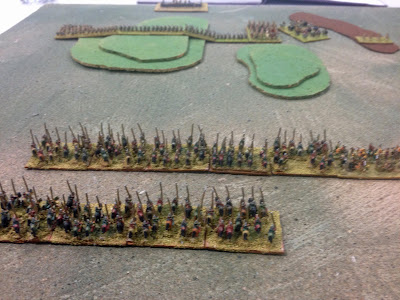 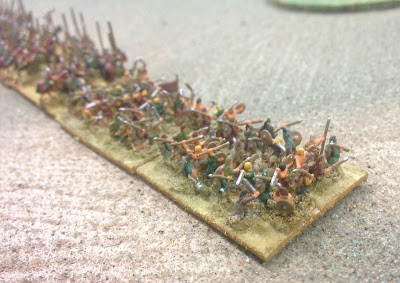 The Sarmatians split up into a number of groups, attacking key parts of the Roman line and avoiding the legionaries ensconced on the hill in the centre. 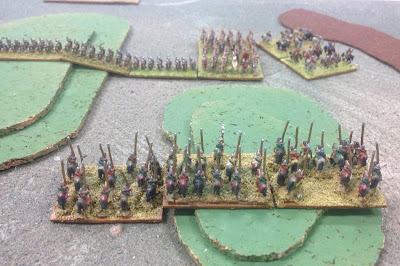 The auxiliary infantry on the Roman right were especially vulnerable, being unprotected by the hill. 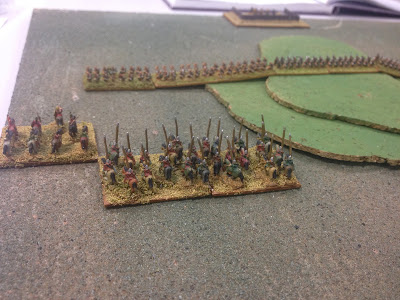 The Roman light cavalry bypassed the Sarmatian levy hordes, but were faced by a reserve of knight. 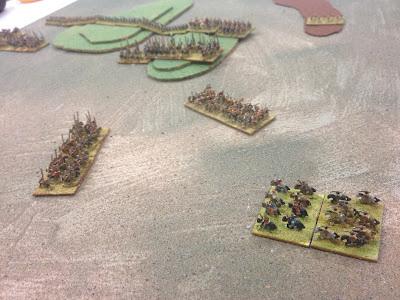 The light cavalry came off worse. 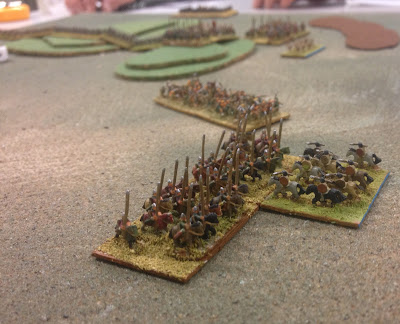 In the centre the two generals met in combat. 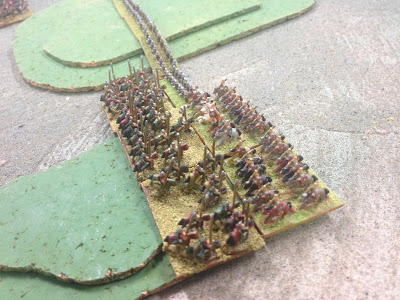 The Sarmatians drove the Romans back, but ended up flanked. Somehow they survived. 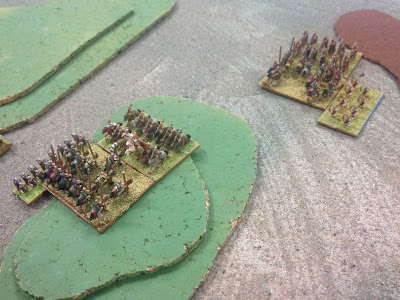 The Auxilia were ridden down. 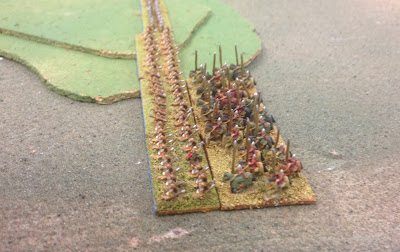 And finally Roman cavalry was forced into  gully and destroyed, breaking their army. The Sarmatians lost one element of knights as I recall 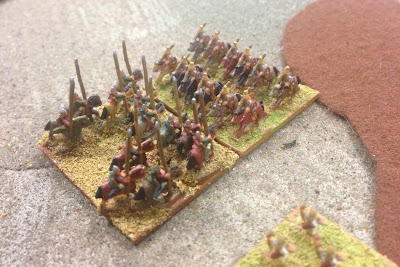 In our second game the Romans attacked the Meroitic Kushites. This time the Kushites got the advantage of the hills. 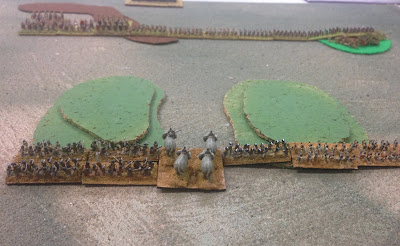 Caesar selected a Roman army maxed out with cavalry, and even the one element of knights they're allowed. His cavalry charged in against the tribal spears. 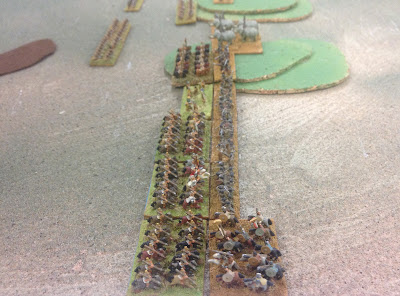 On the other flank the legionaries attacked the Kushite archers, easily cutting through them despite their being supported by tribal axe- and swordsmen. 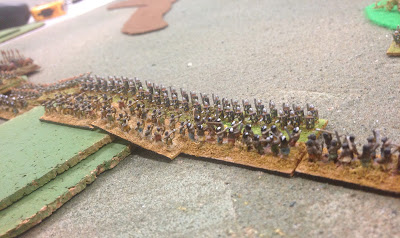 In the centre he was relying on his auxiliary infantry to take down the enemy general on his elephant. 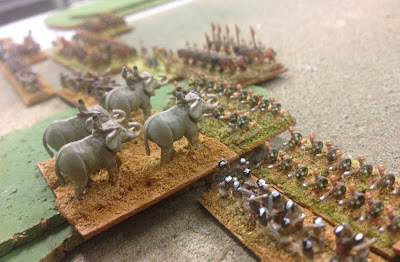 The lines shoved back and forth. 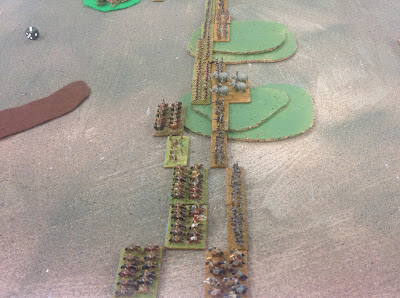 The Kushites broke through in the centre, destroying the auxilia. 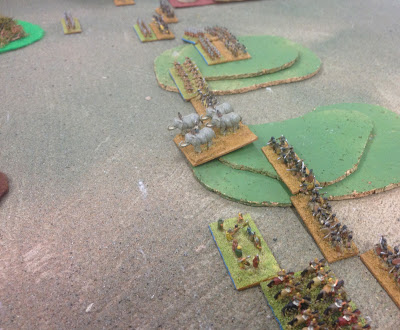 They then turned on the symmachiarii to win the battle, although it was closer than it looked. 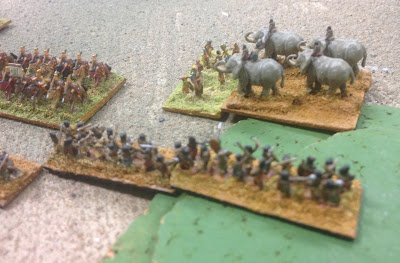 Both games were excellent fun, with the Kushites once again showing how useful an elephant general is, and the benefits of supported spears. The attempt to try hordes in the first game fell apart when the battle became too dispersed and mobile for them to contribute, but they still looked nice.
Posted by Kaptain Kobold at 22:03