Last night we played Ligny (some early 19th century battle set outside of South America, between the French and Prussians, I believe) using Black Powder, 15mm figures and Black Powder's inches converted into those continental mini-inches they call 'centimetres'.

Gary put together a fine scenario with plenty of troops, and Ralph has done an excellent job of writing it all up HERE

I took a few pictures, which you can enjoy after reading Ralph's account.

Before we started, Ralph gave us a solemn reading from one of his holy books - 'Albion Triumphant', I think. 'Blessed are the British, for they shall inherit all manner of good national characteristics' I believe was the subject of his sermon. But the British weren't in this battle. 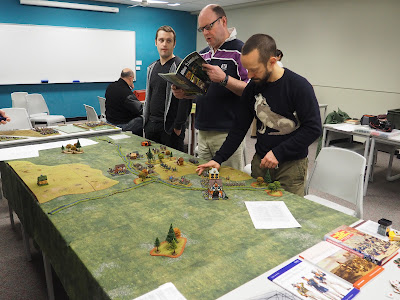 These are the Prussians. And a windmill. Occupied by a mouse. I saw a mouse! Where? There on the stair! 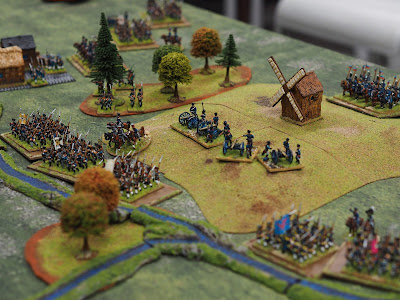 Before we started, Bryan explained flank charges to us. Our club's Yahoo Group has seen more electrons expended on flank charges in Black Powder in recent weeks than on any other subject in the entire  history of wargaming.

We had one flank charge all evening. 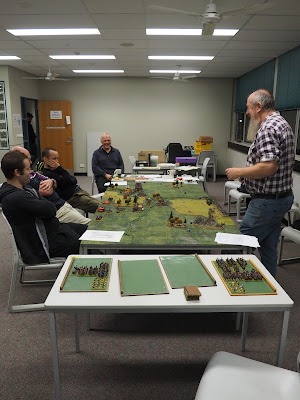 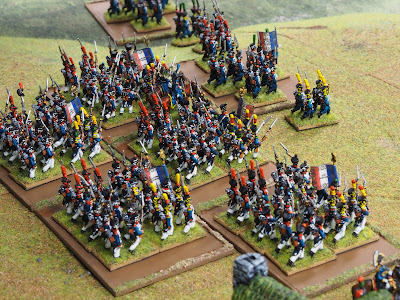 More French columns, also intent on rescuing the mouse. A little mouse with clogs on. 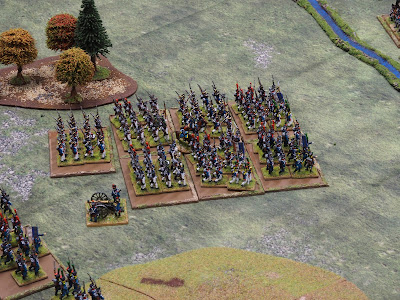 Napoleon hid behind a house and made sure that his artillery didn't do anything useful all game. 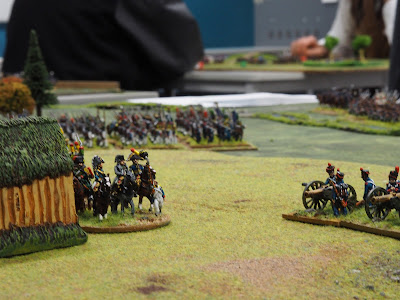 A pretence at tactics - the French columns advanced on one of the defended villages between them and the mouse in the windmill with skirmishers screening them from the worst of the Prussian fire. The mouse was so happy that it went clip-clippity-clop on the stair. 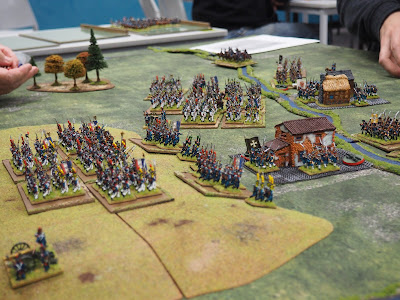 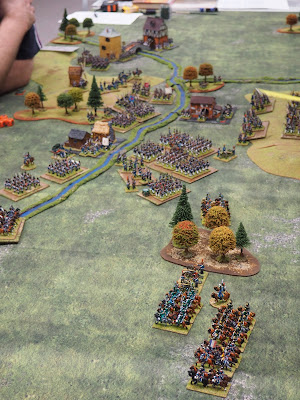 The French charged the villages. It all looked very impressive. 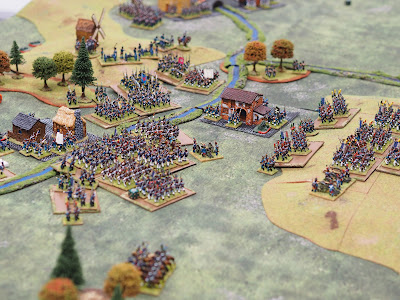 Prussian cavalry. There was more of this than there was French cavalry and, to be honest, it was about as good. And they mostly hid behind the stream 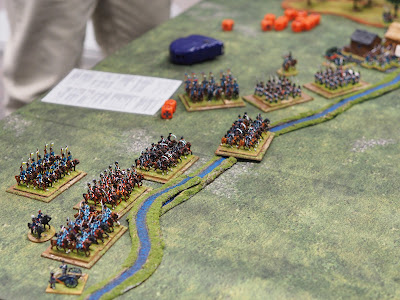 The French cavalry skulked about in disorder as their commander exerted all of his efforts trying to get their artillery into a decent firing range. He failed to do this for the whole battle. 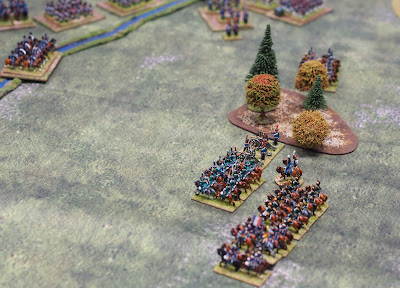 The glorious sight of a massive Napoleonic battle. 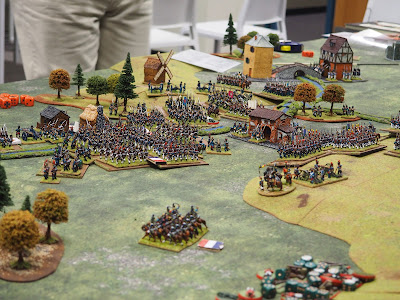 The same glorious sight, but with more table clutter. 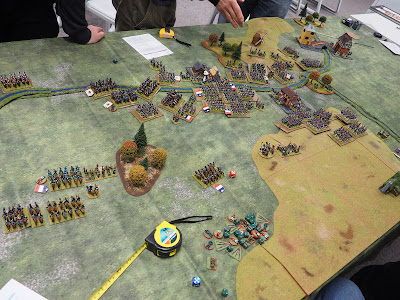 This was an ambitious game to play on a Thursday evening, with players who were a bit rusty with the rules and a lot of figures on the go as well. Gary did a great job putting the scenario together, and the sight of the massed 15mm figures was pretty spectacular. Part of the reason for playing at this scale was to allow us more sweeping moves on a reasonable sized table, but we still managed to cram the whole thing int half of the available playing space. We're just typical wargamers; give us an eight foot table and we'll fight the battle in a three foot section every time.

The mouse remained in the windmill. It sang every morning: "How happy I am." So that's OK then.

Remind me not to drink before I write blog posts.
Posted by Kaptain Kobold at 22:51