This week I thought I'd do another Epic 40K game, and got out the Eldar and one of my Chaos armies, only to discover that I used them for a HOTT 52 game only four weeks ago. So I kept the Eldar and put them up against some Dark Eldar instead.

Both armies were semi-randomly generated; they start with a fixed core of 12AP and then I randomly determined three 4AP groups for each one. 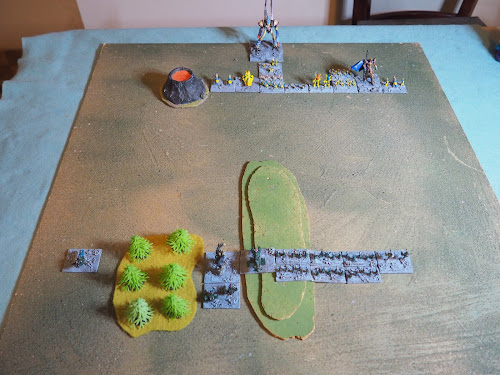 The Eldar position was mostly open, but an impassable volcanic vent covered one flank. 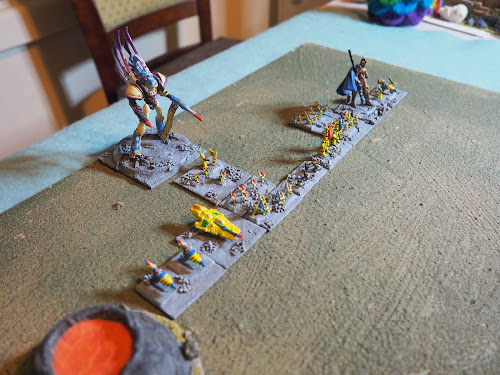 The Dark Eldar massed their warband in the centre, put some Hellions on their right to screen that flank and then pt the rest of heir mobile troop on the left to attack and turn the Eldar right. 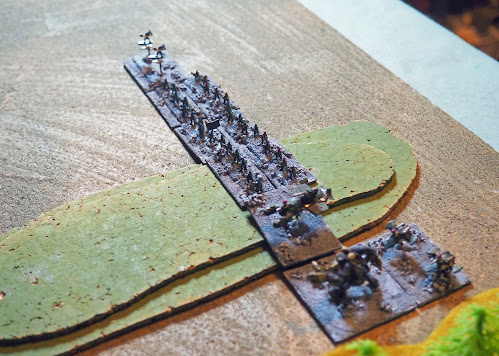 A rapid advance. The Eldar pushed their Avatar behemoth forward to threaten the Dark Eldar centre. 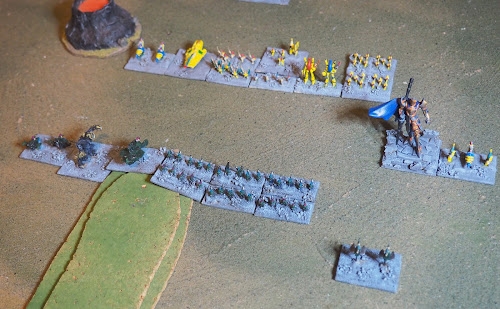 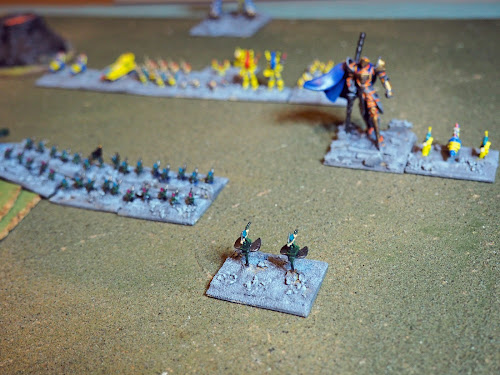 The Hellions moved up to distract the Avatar. 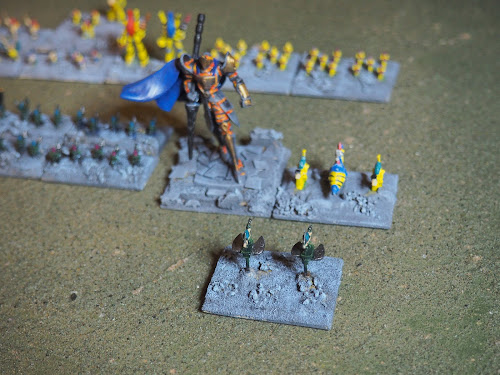 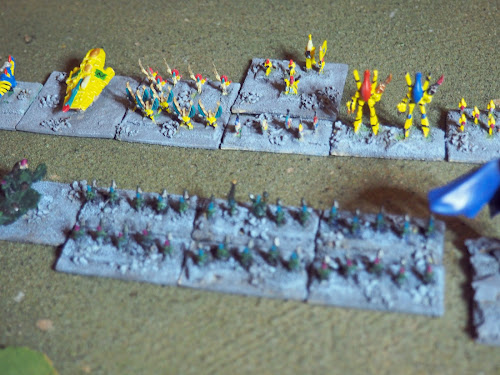 One lot of Dark Eldar raiders worked around the volcanic vent and made a run for the Eldar stronghold. 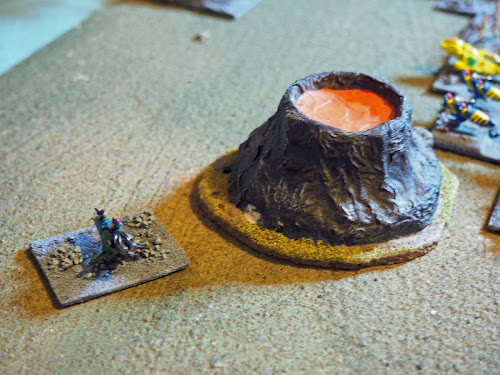 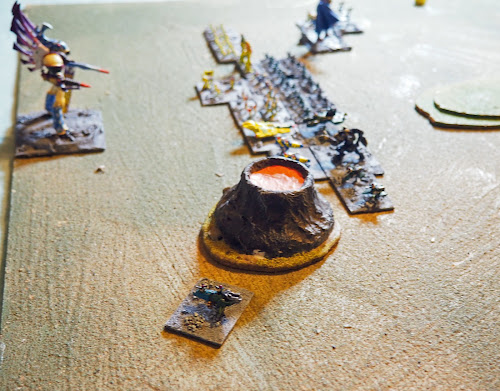 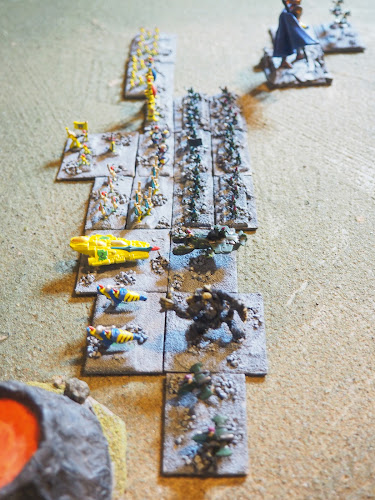 Both sides saw wins and losses. 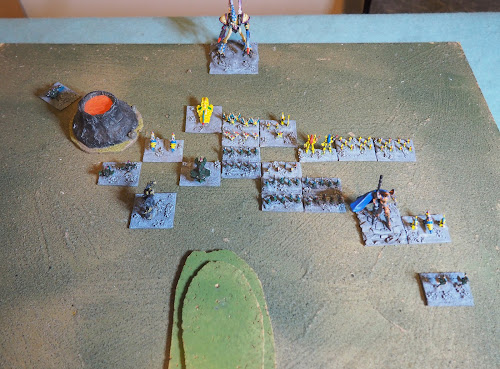 The Avatar attacked some Dark Eldar warriors, but was thrown back. 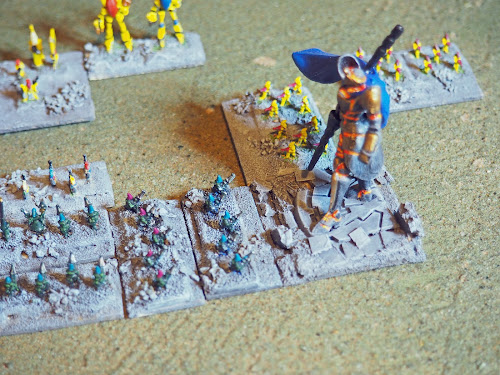 But in the centre Eldar Aspect Warriors eliminated a group of Dark Eldar. 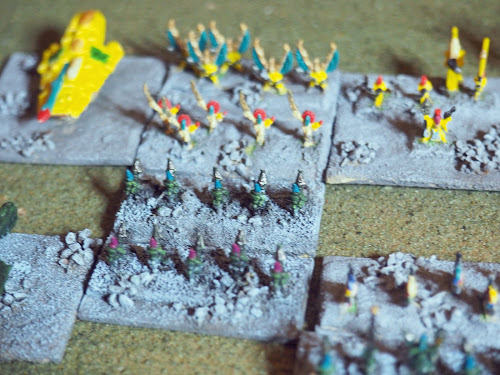 On their right the Dark Eldar scattered to avoid being destroyed en masse by the Avatar. Another group of warriors was lost, leaving the Dark Eldar general threatened. 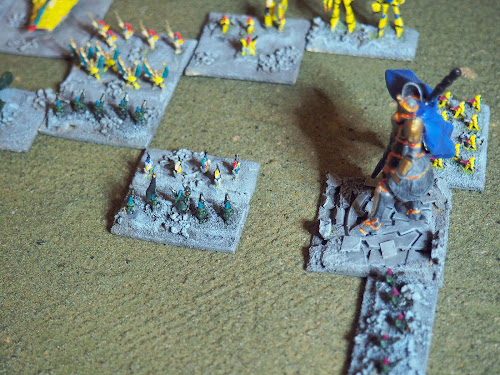 Some Eldar jet-bikes were surrounded and destroyed. 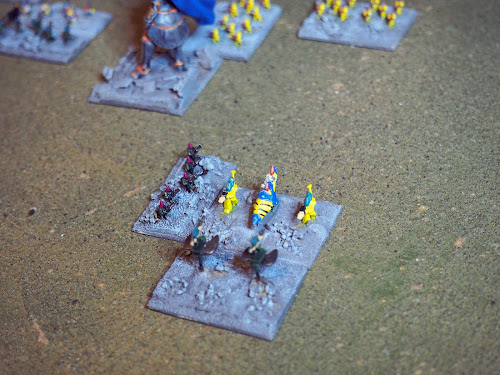 The Dark Eldar attacked the opposing stronghold, but were repulsed. 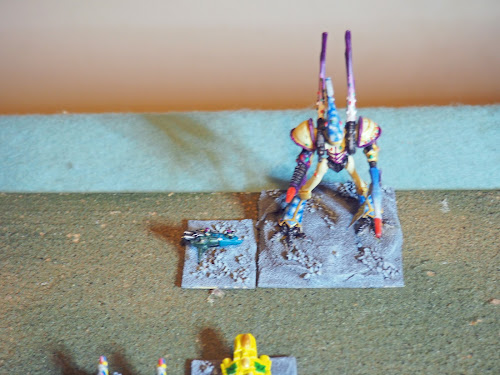 And the Avatar continued its advance, supporting some Harlequins in their attack on the Dark Eldar commander, who fell. 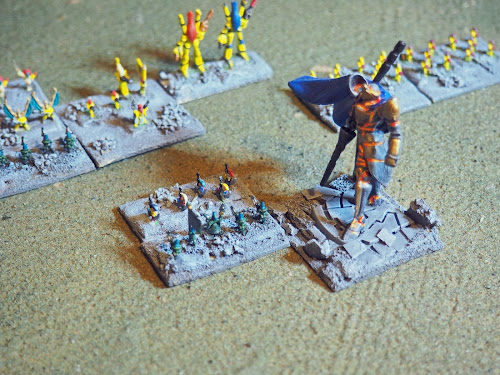 A win for the Eldar; they lost 2AP of riders whilst the Dark Eldar lost 8AP of warband, including their general. 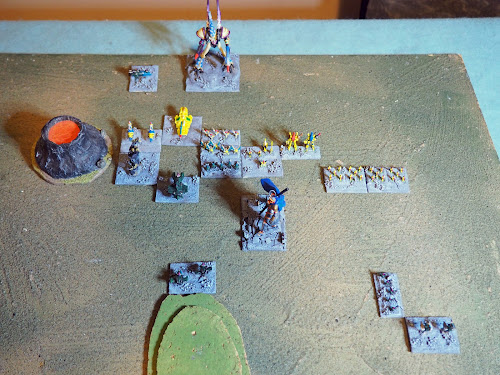 The Avatar did a lot of the damage, in terms of both kills and actual threat; as the Dark Eldar I should have screened it better, rather than hoping to win the battle somewhere else before it became a serious threat.
I have to start thinking about some future HOTT 52 games now - in a few weeks I'm going on holiday, and will have to play at least one of my weekly games whilst I'm away. The report(s) will be late, but the games will get played within the correct time-frame.
Posted by Kaptain Kobold at 07:21