I've been feeling a bit uninspired recently, so I thought I'd try and kick-start some enthusiasm by getting out figures I hadn't used for a while. I went for my GNW forces, and decided to play a couple of Portable Wargames. I won't detail the rules; they were a mashup of what I could remember of my ECW variant and some bits of the 19th century set, and I was making up a few bits as I went along. That's a benefit of solo play; you can change the rules halfway through the game and your opponent doesn't care.

The first scenario I got was Encounter, which sees both sides getting random units on the table and battling for control of a central hill (the only significant terrain feature). 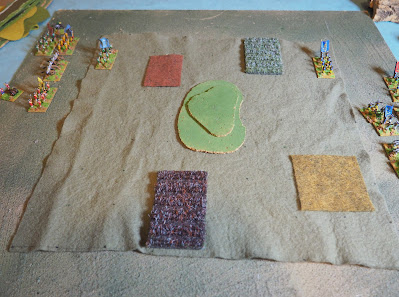 The Swedes got a few units on early in the game. The Russians didn't. 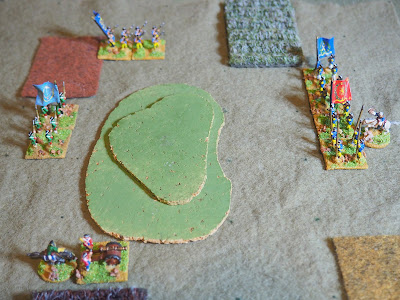 So the Swedes took the hill unopposed. 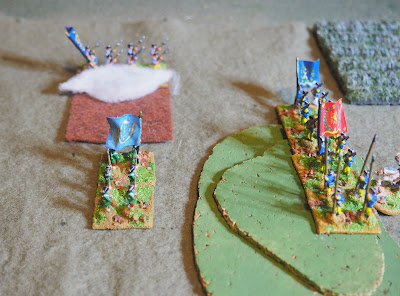 They then pushed the Russians back ... 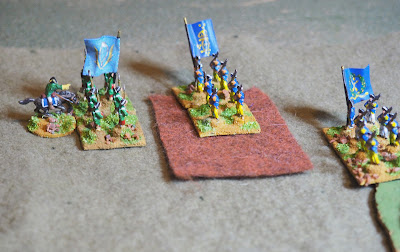 ... just as their reinforcements arrived. 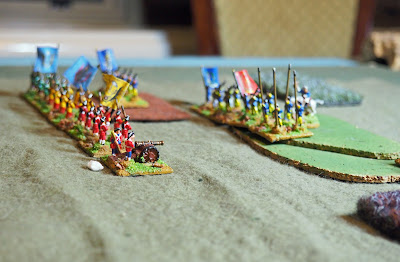 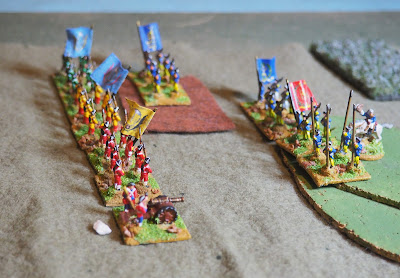 But it was too late for the Russians. The Swedes controlled the battle, and drove in on both flanks. 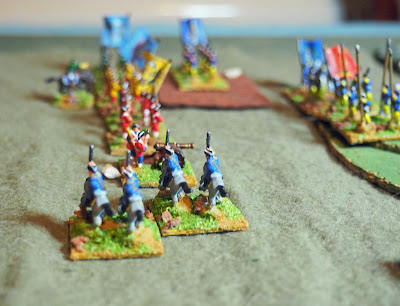 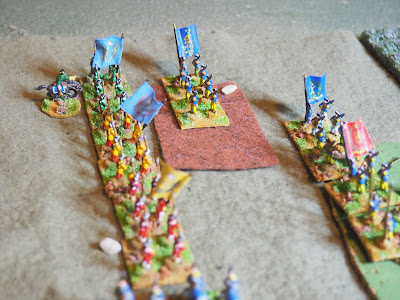 The Russians collapsed and their army broke with a couple of units still waiting to arrive. 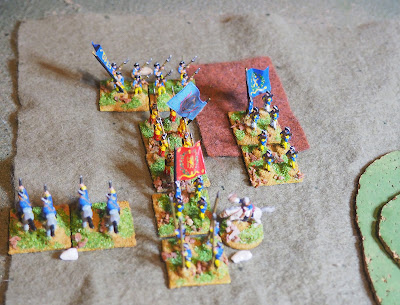 So the first game was a bit one-sided.
For the second I got Control The Hill. But I made the hill a village, which was a bit of a mistake, since a village is much harder to capture.
The Russians were defending. 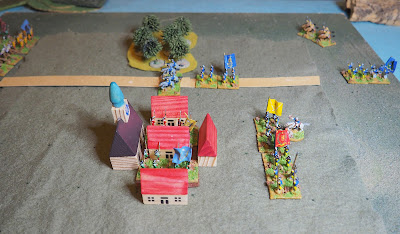 The Swedes attacked the village as the Russian reinforcements arrived from the east. 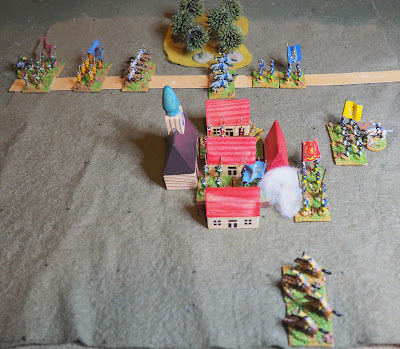 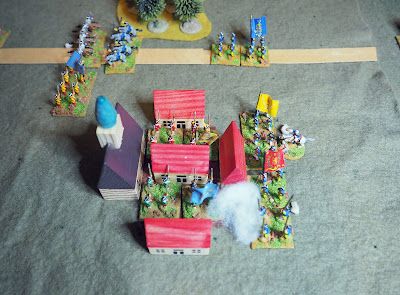 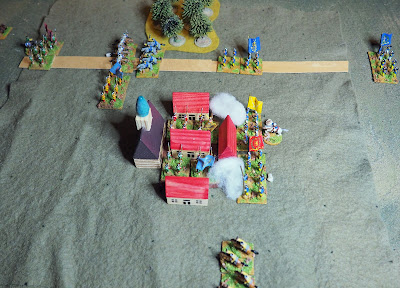 One of the units defending the village was forced to fall back , and was attacked by Swedish cavalry. 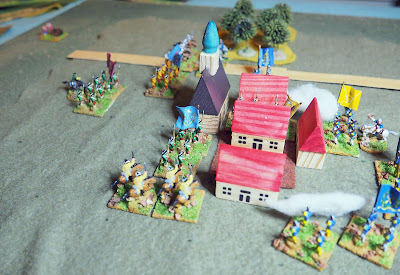 The Russians reorganised and drove off the horse. 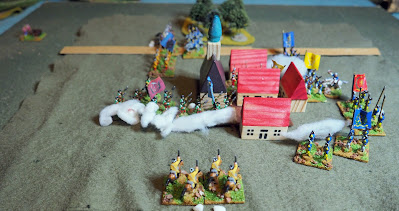 The Swedes occupied half of the village, and attempted to oust the Russians from the other half. 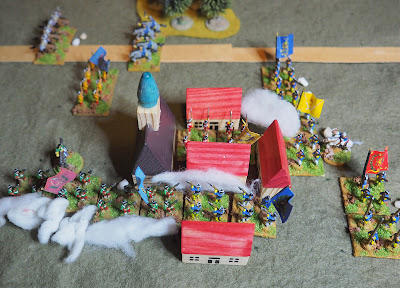 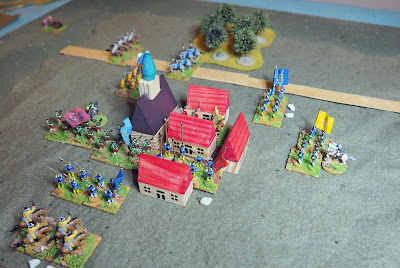 The fighting was intense (but I stopped putting on cotton wool for photos). 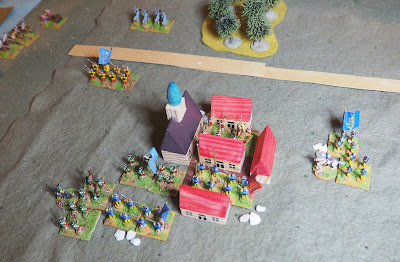 The Swedes had taken a lot of hits and lost two units as well; they kept up the pressure, but couldn't oust the second Russian unit from the objective, despite it being on its last hit. The Swedish army reached its break-point and retired. 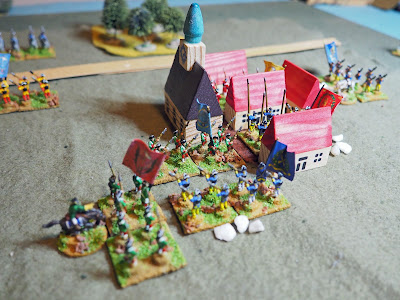 Making the objective a village really left the Swedes up against it. In the original scenario it's a hill, which obviously provides no benefit against shooting, making its defence harder. Mind you, the village is more attractive, so I'd be tempted to run the scenario again using the same set-up, but tweaking it a little to make things slightly harder for the Russians (reduce their quality, maybe, or make the Swedes better quality).

It was nice to exercise my brain with something different, and I might give these armies another outing later in the week, although I'm not sure with what rules.