We played Gaslands last night, for the first time in ages. It was a bit of a relearning exercise, not helped by the fact that it's only the second time we've played using 'Gaslands: Refueled', so a few things we thought we knew were in fact different in this edition. However we rattled through the game pretty well, all things considered.

We kept it simple - or restricted anyway. All teams were limited to 2-3 lightweight vehicles only and a total of 30 Cans. This pretty much ruled out a few of the sponsors, either because the rules wouldn't allow them, or because a team with those restrictions wouldn't be viable. We went for the ever familiar Death Race

Three of us played. Jason ran a Miyazaki team with a buggy and a bike. I tried out the balletic delights of performance artistes Maxxine, running two buggies, and Caesar went for an high-speed Idris team, trying out a dragster for the first time.

I thought I'd taken a photo of the circuit, but obviously I didn't. Basically it was a version of the circuit from This Game where gates could be passed in either direction and some gates were used more than once. Caesar was very sportsmanlike as I set up the raceway - I had no idea what vehicles other people had picked, and the tight, twisty route was definitely not going to favour the high-speed, straight ahead movements of his dragster.

Jason roared off to a great start with his bike. 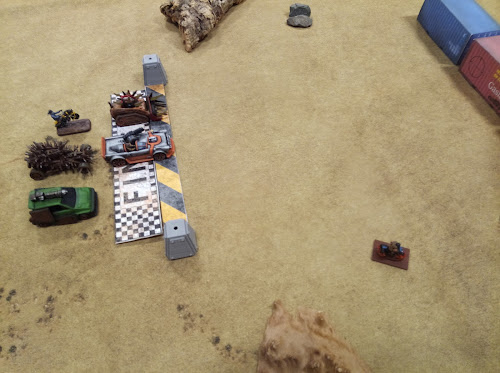 Everyone else spread out. With plenty of room to maneuver, and a choice of directions to take for passing the first gate, there was little interaction straight off the grid. This speed the game up a lot. 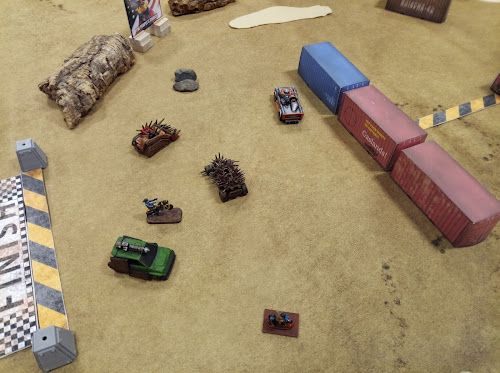 I kept my vehicles close together; Maxxine scores Audience Votes for performing spins and slides in close proximity to friendly vehicles; it's all about the dance. 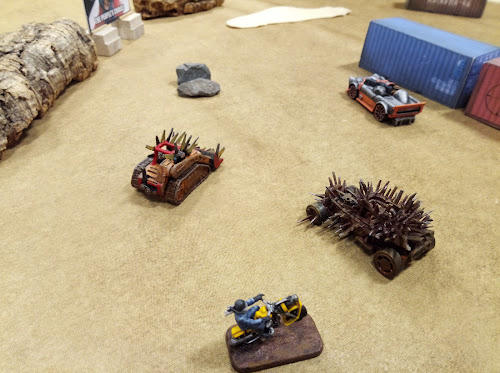 Jason's bike approached the first gate, but my spiky bulldozer was coming round the corner in  the distance. 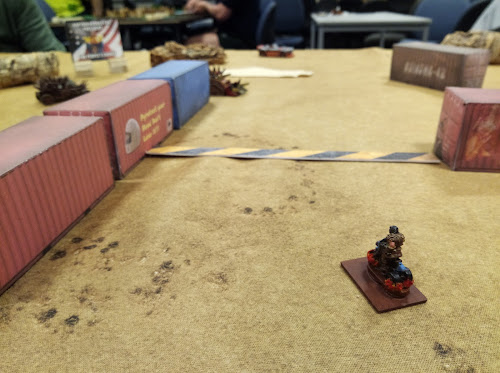 A head-on collision looked likely. But the bike swerved and avoided it. 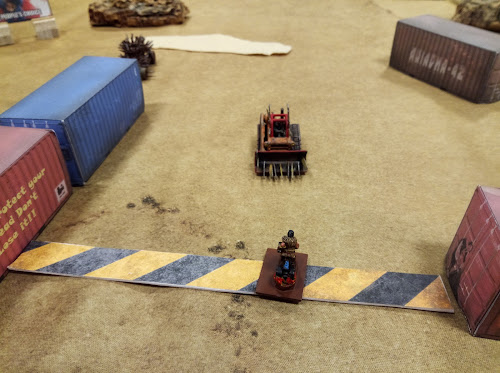 Jason's buggy wasn't so lucky, and was destroyed. 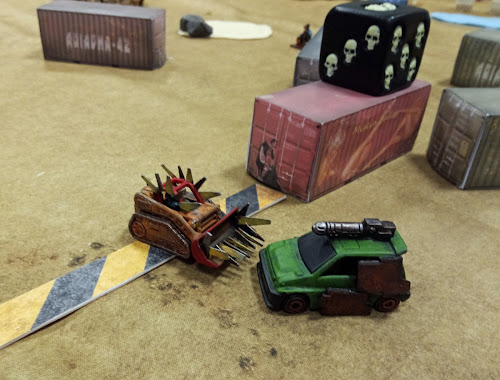 Caesar was having loads of 'fun' trying to get his dragster t go where he wanted it to without colliding with terrain. It travelled further than any other vehicle in the game, but failed to pass the first gate by the end. 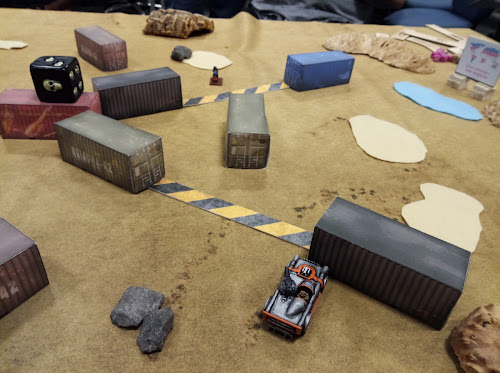 Jason's bike cruised fairly easily around the course, and was heading for the finish when other vehicles were still making their run for the second gate. The bike in front of my two spike-machines is Caesar's, though. 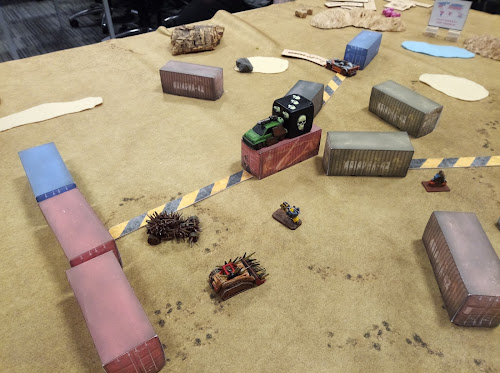 I rammed Jason's bike, destroying it and forcing him back a gate to respawn. Caesar;'s bike had no choice but to collide with the spiky side of my buggy, and was also written off. 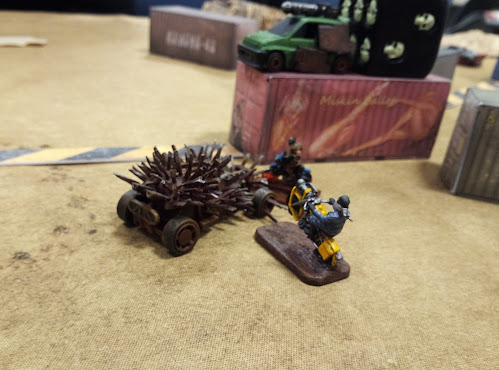 My lead vehicle was the bulldozer, and Jason losing a few rounds whilst he waited to respawn gave me a good chance to close up on him. But I fluffed a few key turns, meaning that I had to take the long way around passing the third gate, and lost ground again. 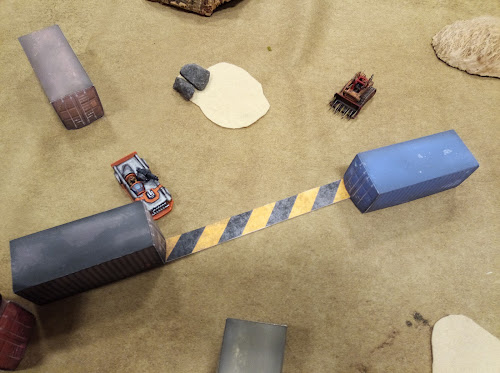 This left Jason pretty much unopposed in his run for the finish. 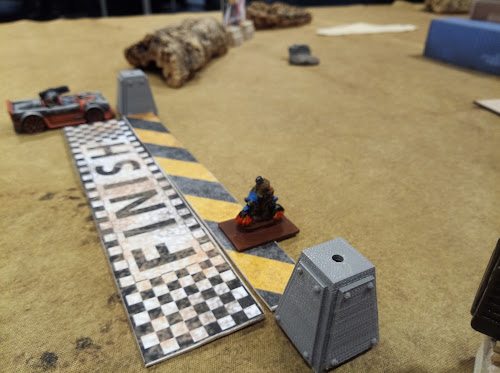 A Miyazaki vehicle left unopposed is pretty much a guaranteed winner in a race; even destroying it only sets it back by one gate, and it's fairly easy to make up lost ground. But I gave it a good try; as I wrote earlier, it was only a couple of key moves where I couldn't line up my vehicle on the gate I was aiming for that cost me a chance at contesting the finish.

The light vehicles were fun, if fragile, and we got back into the game pretty quickly all things considered, despite making a couple of errors.