All the P's this week, as a gang of Pyrates (from Peter Pig, naturally), defend against Prester John. Obviously a pirate incursion into Darkest Africa will attract the attnetion of one of its legendary inhabitants.

The Pyrate army is one of my first HOTT armies and probably the oldest one I still have in use. Prester John is a more recent acquisition.

The defending Pyrates slapped down plenty of bad going so as to force Prester John onto a narrow frontage. That way the Pyrates could hide their vulnerable warband in the bad going, and use the shooters and artillery to engage the inevitable knight/behemoth attack. 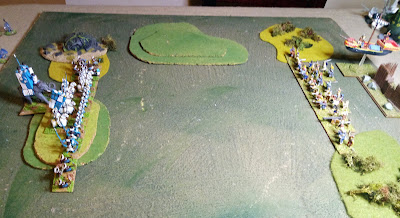 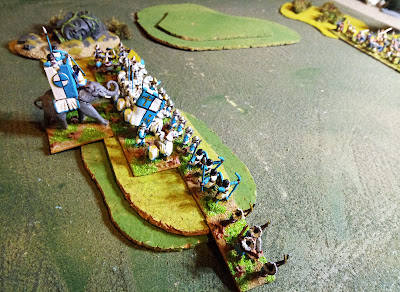 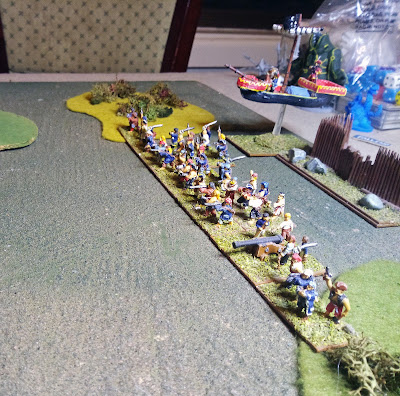 The battle started with the Pyrates deploying a lurker against the native warrior warband on Prester John's left. The warriors routed the attacking sharks with no trouble at all. 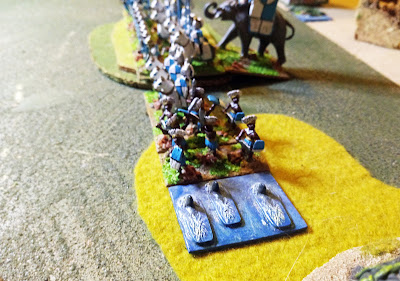 The Pyrate captain edged round the flank of Prester John's army, having oted that all of the archers were on the other flank. 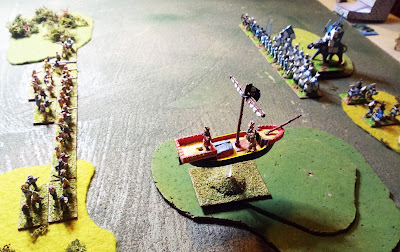 Prester John advanced slowly. The flying ship was a concern, but not a great one. 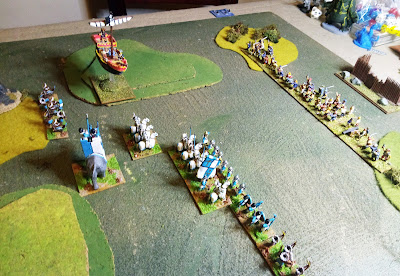 The ship moved in on the African king's knights. 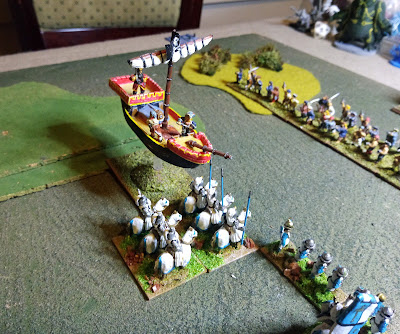 As it did so, his artillery opened fire. Confusion in the ranks saw an element of blades try to fall back through the knights, and fail, efore the knights routed when they couldn't recoil either. It was a total mess. 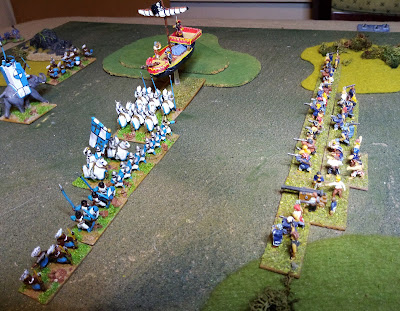 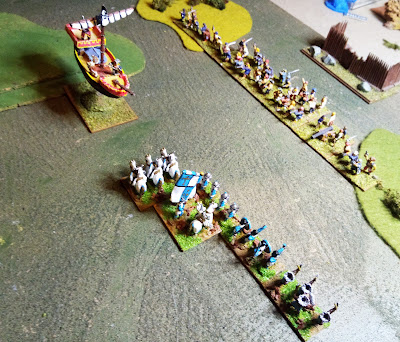 An attack is always a good defence, so Prester John kept his fore advancing. Out of picture to the left the elephant and native warriors were moving up as well. But the captain steered his ship into the attack again, hitting the flan of Prester John's line.

The artillery fired, supported by musketeers, and Prester John fell. 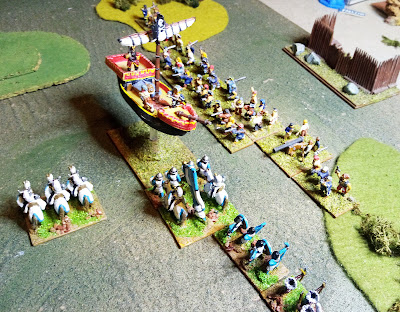 So that was it - Prester John's army was defeated before it reached the main Pyrate line, by a combination of aerial attack and accurate artillery (and awesome aliterations, as well). 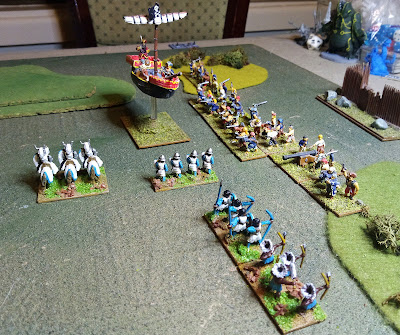 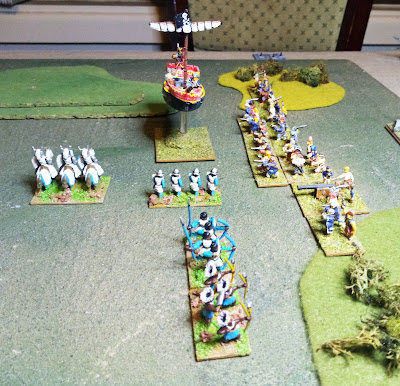 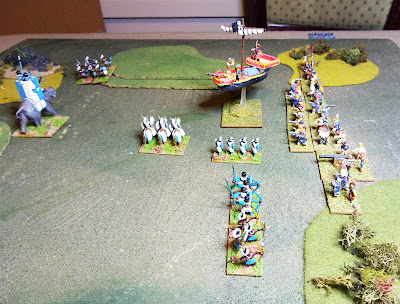 Prester John is very unlucky. It's an army that has quite certainly lost far more games than it's ever won. Maybe I'll give them another outing in next week's game (or before if I play more HOTT before then).
Posted by Kaptain Kobold at 21:16