For my Week 5 game of HOTT I got out two new armies. Actually I just grabbed two boxes at random, but that's much the same thing. 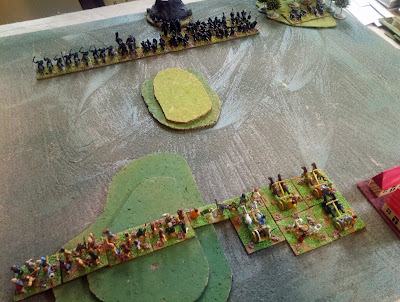 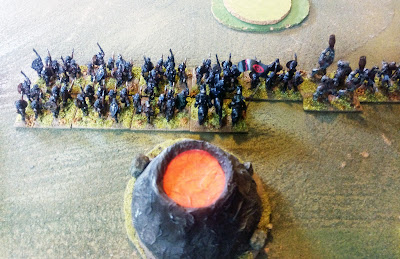 With the Tuatha De Danaan having a smaller army, the Orcs were hoping to draw them in on the hordes in the centre, and then envelop with their wolf-riders on one flank and wolves on the other. The Irish plan was simply to avoid this by smashing through the Orc centre with their chariots (heros and knights). 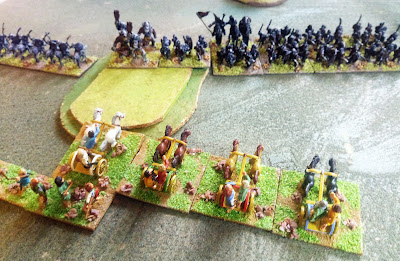 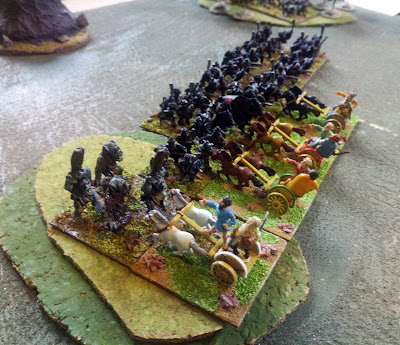 And were thrown back. 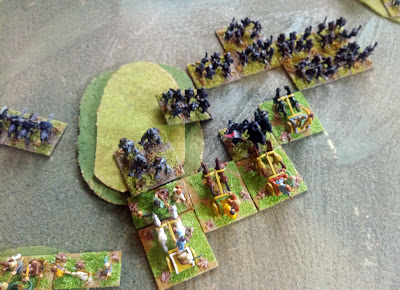 The Orcs exploited their advantage, using their numbers to overlap the Irish line. 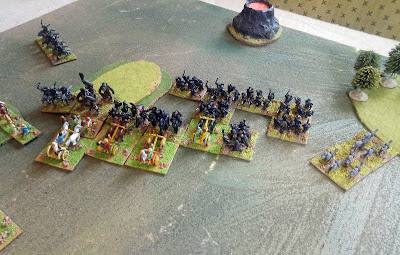 The fighting was desperate. 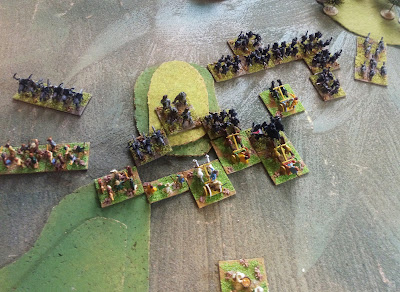 King Nuada Silverhand was surrounded by orc hordes and killed. Fortunatey, whilst a hero he's not the general. 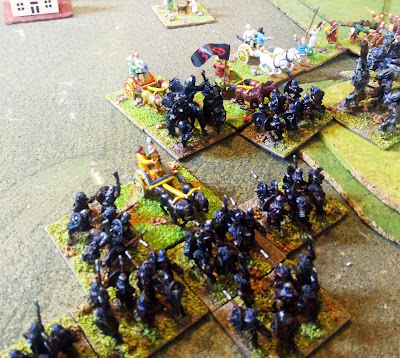 The Tuatha De Danaan gained an advantage in the centre, as their chariots drove forward again. 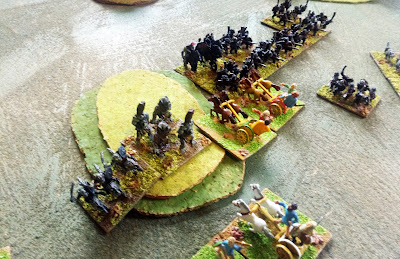 The Orcs sent in their trolls .. 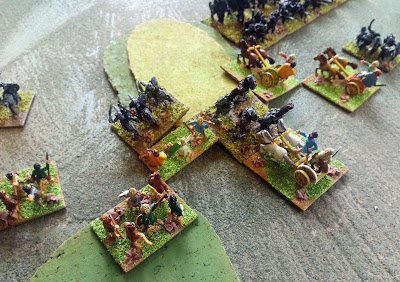 ... but Lugh the Hero cut them down, despite beig surrounded. had he lost this combat the Irish army would have broken. 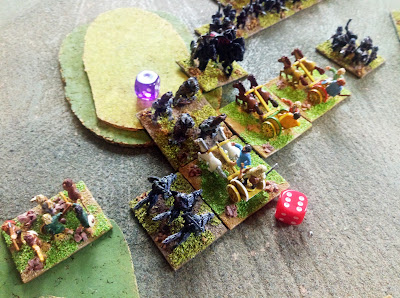 The Orcs were now in a sticky situation; their general found himself surrounded. He held off multiple attacks. 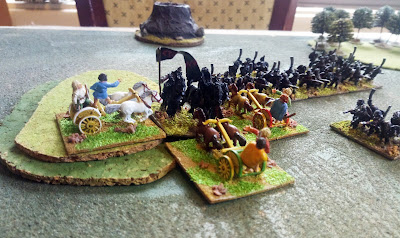 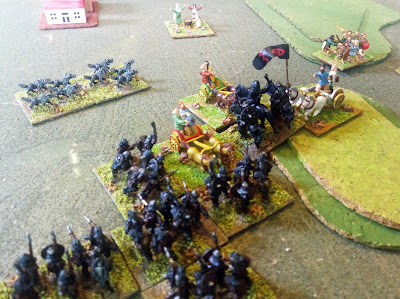 The Orc general finally fell. However the Orc losses were still less than those of the Irish, so the army kept fighting. 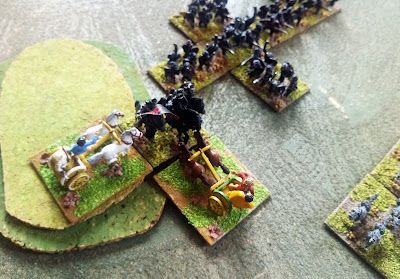 The Irish were only one element away from breaking themselves, so had to win quickly. Their surviving chariots swept down onto the Orc hordes. 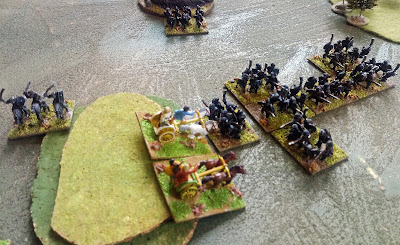 But the battle was won on the Orc right flank where some wolf-riders were overcome by massed Irish foot. 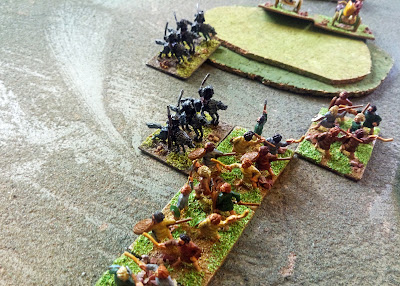 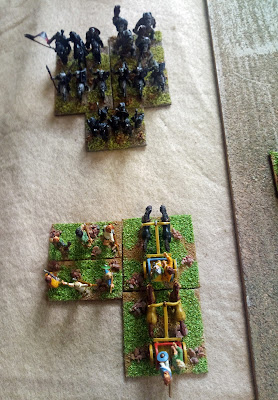 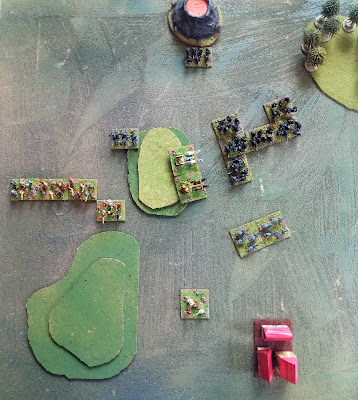 This was a close game. The Orcs had a good position and after holding the initial Irish attack could have overwhelmed their outnumbered opponent a couple of times. But the Irish held when it counted, and their lucky roll against the trolls gave them an opening which they used to secure their victory.
Posted by Kaptain Kobold at 16:06