A Galaxy Far, Far Away

Victor and I did another playtest of 'Challengers of the Great Beyond' last night, using his 25mm Star Wars figures. The pictures are Victor's, and seem to be fairly low-res.

He ran a Droid force, with loads of expendable squads, backed up by support weapons and the decently powerful General Grievous. I had some Clone Troopers, supported by a Jedi and a rogue/pirate of some kind. 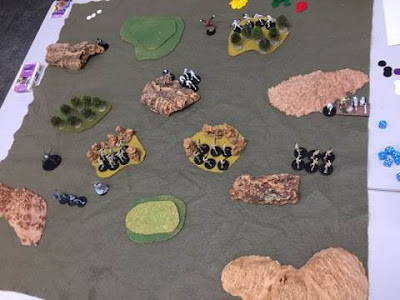 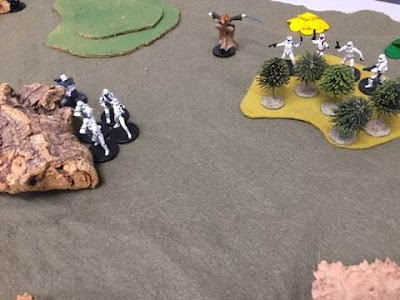 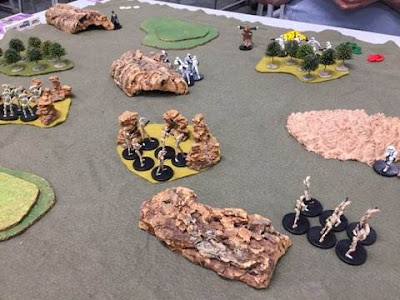 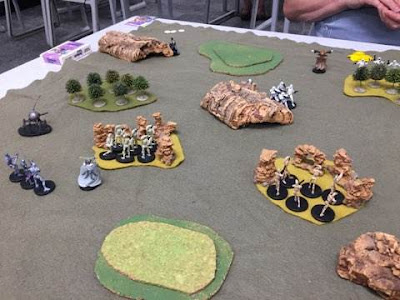 The game was pretty short. After a brief exchange of fire which saw a lot of my troopers cut down (Victor's dice-rolling was outstanding) I charged into combat where the droid troopers would be at a disadvantage. Clone troopers took down one squad ... 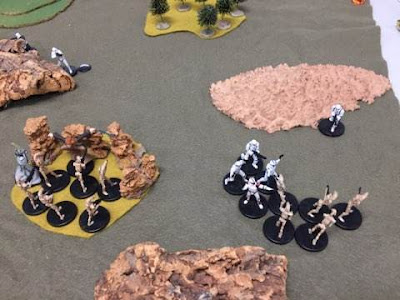 ... whilst my Jedi (called a 'Psi Knight' in the game) attacked another squad ... 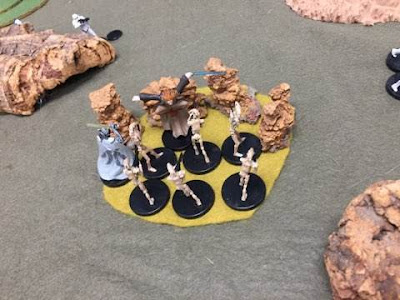 ... and eliminated them in a single round of combat. There's no more photos after that moment. General Grievous attacked the Jedi, and killed him. I laid down some fire on Victor's squads, noticing that a few more casualties would push his force over their breakpoint, but couldn't inflict any hits. My own force morale was getting a bit shaky, so I threw my pirate into combat with a squad, and got him killed straight away, breaking my force.

After that we spent a bit of time discussing how force morale needed to work. At present squads and characters are kind of equal in how much weight is given to them; we felt that perhaps more emphasis needs to be given to characters, so a player can't just break a force by killing the cannon-fodder and has to engage the personalities as well. A few ideas were thrown around and Victor's gone away to think about them. In addition we started discussing extra character classes, as the game needs a few more low value ones to add flavour and variety. Some good ideas came out of that discussion as well.