Last month I played  couple of games of Battle Cry, took photos and then forgot to blog it. Unforgivable.

Anyway, here they are. To be honest I've forgotten the details of exactly what happened, so you can just enjoy the terrible pictures without too much text.

Here's the initial setup, with the sparse Confederate defence line at the bottom of the picture. 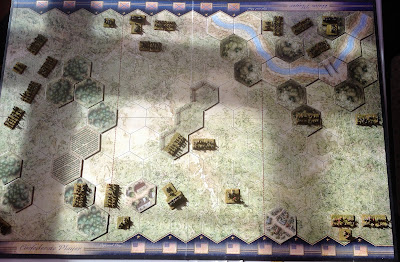 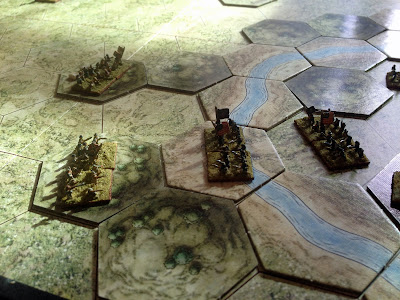 A doomed attack on the sunken road. 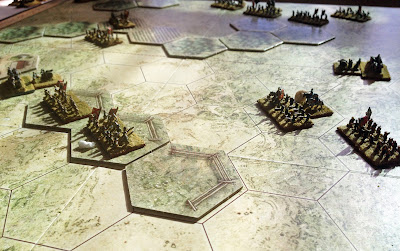 Foothold over the bridge. 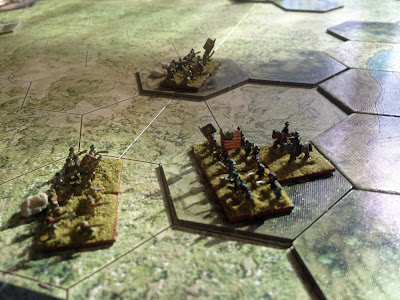 The attack on the road is driven back. 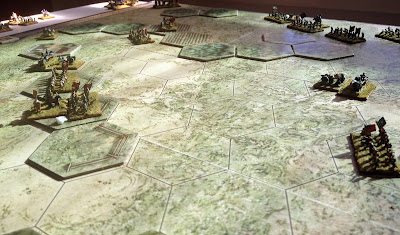 A.P.Hill's division comes to the rescue. 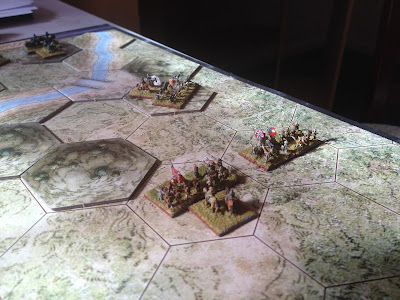 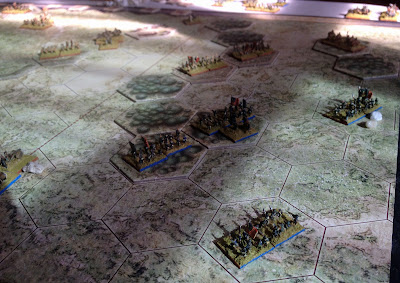 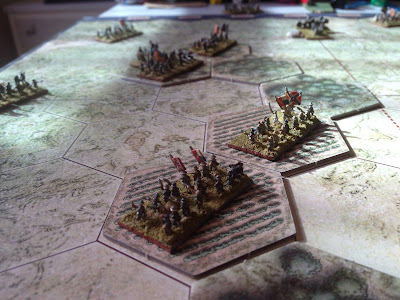 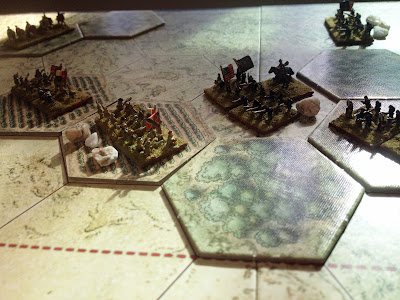 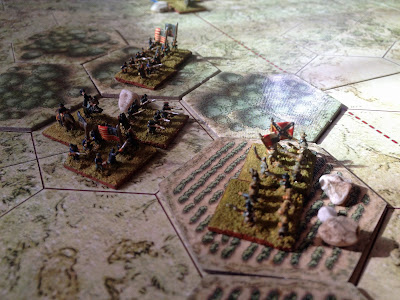 The Union driven back at the bridge. I think they lost quite badly. 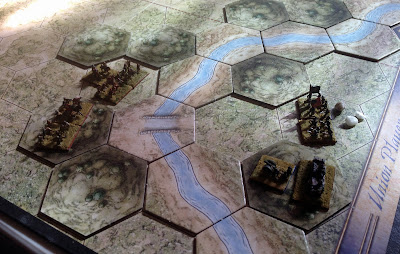 A second game. In this oe the sunken road was quickly cleared. 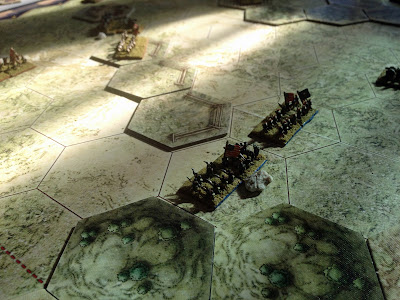 Burnside's bridge was still a tough nut to crack. I think the Union won this one in the end. 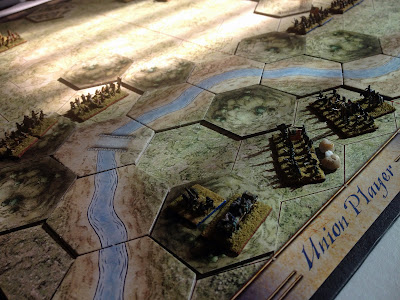 Sorry about the terrible lighting on the photos; we get glorious bright sunshine even in the winter here.
Posted by Kaptain Kobold at 21:32