Those of you who follow this blog will remember that last June I took part in an event called Forgotten Heroes in which a number of us committed to producing a 25mm superhero/villain miniature for a character that doesn't currently have a figure. This could be either through conversion, or scratch-building. The link above will take you to the blog in which our efforts were recorded.

Having now done Heroclix conversions for two of the characters from the 1980s UK run of Captain Britain, (I made a figure for The Fury a few years ago) I felt fired up to try a third. This time I decided to do what another of the Captain's nemeses - Slaymaster

Slaymaster actually first appeared during the US-style run in the 1970s, when the Captain had the staff and amulets and a lion on his chest, but was basically a US-style character with UK backgrounds. He was a mercenary/assassin, and pretty similar to a whole range of Marvel characters of the time. However he was reinvented during the Alan Moore/Alan Davis era, and appeared three times. This version was a more sophisticated character; cunning and cruel to the point of sadistic, but with a certain degree of honour. It's this version I have decided to create a figure for, specifically based on his first appearance when he battles Captain Britain in the Denmark Street branch of Forbidden Planet. 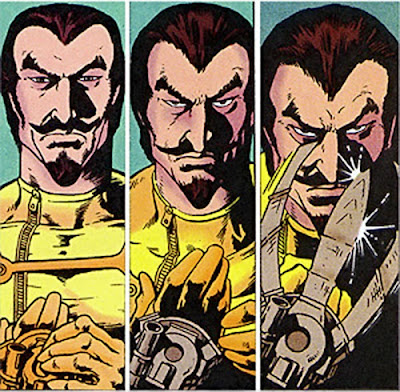 I do like the claw device he has in this costume. 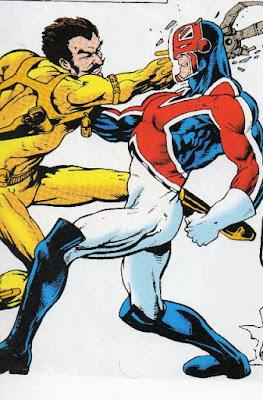 For the record here are his other look. This is his 1970s appearance 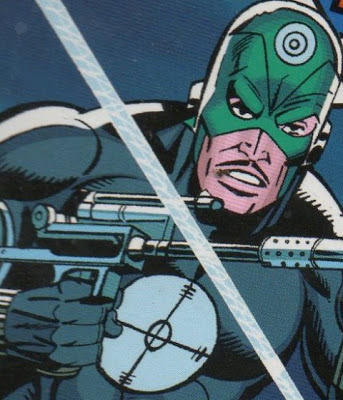 And here he has just emerged from his disguise as Alice in Wonderland's Caterpillar. I prefer the hair of this version, so will probably model it like this. 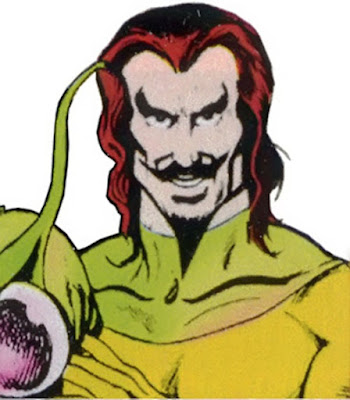 And this is his final appearence, where her wore a costume which amplified his abilities to superhuman levels and fought Betsy Braddock (the X-Men's Psylocke) during her brief appearance as Captain Britain. 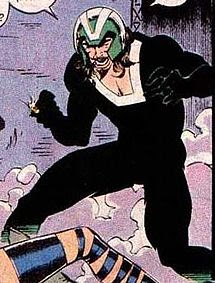 And if you ever wondered why she had artificial eyes ... 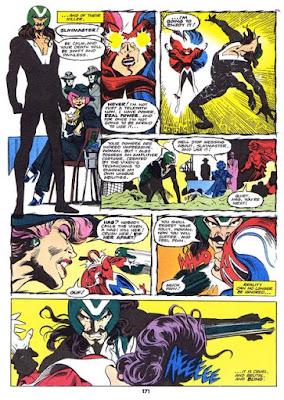 My base figure is this one of Daredevil, mostly because it's a duplicate in my collection and the pose is relatively interesting. 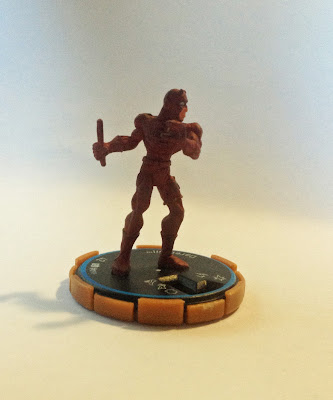 To be honest I haven't entirely decided how I will approach this conversion yet. One advantage I have is that Slaymaster doesn't really have a set costume during the era I'm covering, so I can afford myself some artistic licence, so long as I capture the essence of the character. I'm as interested in seeing where this goes as you are.

If I manage to finish Slaymaster by the end of the month, then a have a couple of possible bonus characters to try. But let's get one done, shall we?
Posted by Kaptain Kobold at 17:44