The Battle of Midsomer Barrow

In my previous post I gave the rules for my proposed ECW campaign using a modified version of the OHW Pike & Shot rules. This is the first battle.

It's 1642, the country erupts into civil war and many of the great and powerful rush to declare their allegiance to either King or for Parliament. In the county of Midsomer the two most powerful notables are Sir Thomas Barnaby and Lord Standing. The former declares for Parliament, whilst the latter declares for the King. The county is divided. Both men set about raising troops to secure the county for their chosen faction and, as the year drew to a close, their armies met at Midsomer Barrow. 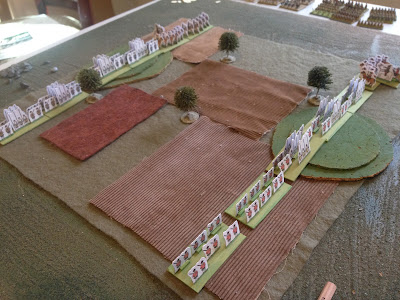 I rolled 'Pitched Battle 1' as the scenario, which is a straight fight on an open plain. Parliament got lucky with their quality rolls and ended up with: 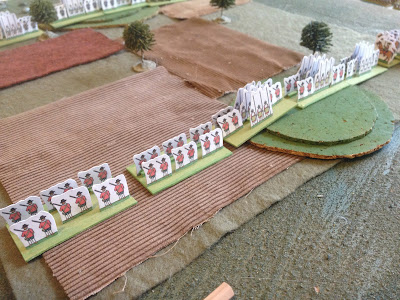 Lord Standing's Royalists were less enthusiastic. He got: 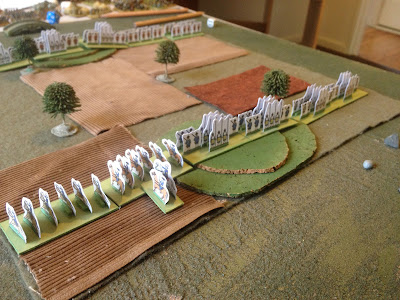 With an emphasis on close combat, Lord Standing elected to attack, with his horse pushing forward on his left. With a strong position on one flank he hoped that the horse could then support his out-matched infantry. 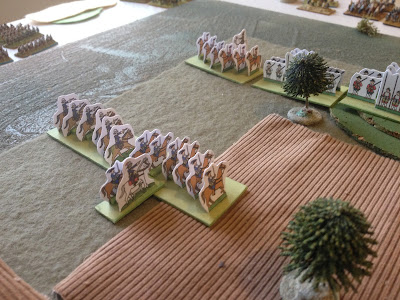 Both commanders led their horse into the attack. 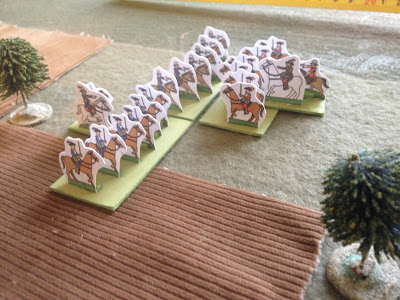 The Royalist foot advanced as well. The better quality pike-heavy foot was in the centre, tasked with taking the hill the bulk of the Parliamentarian foot was defending. On their right the raw foot regiments were assigned the task of driving off the dragoons. 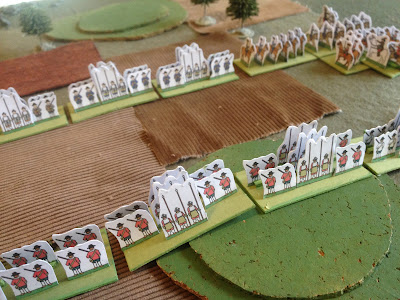 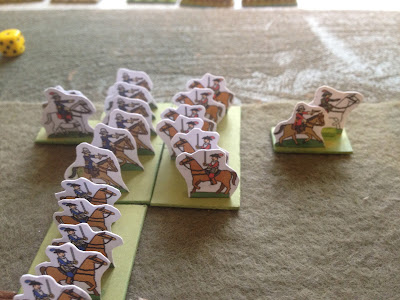 The two lines closed and exchanged musketry. Both commanders moved to rally their foot, as the cavalry melee continued on the flank. 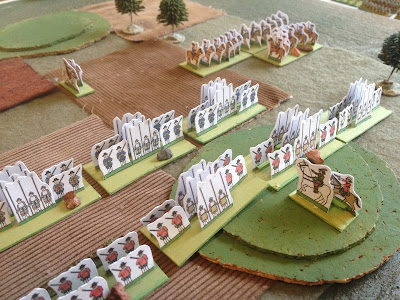 The Parliamentarian cavalry broke, and the Royalists pursued. 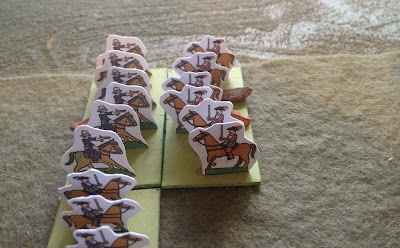 Their pursuit crashed straight into the Parliamentarian infantry covering that flank. 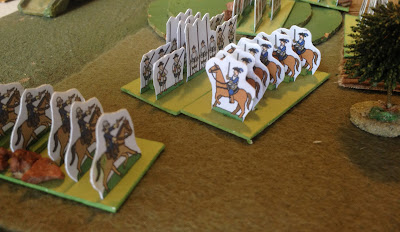 Sir Thomas Nelson rallied the dragoons, who were wavering under fire from the Royalist foot. 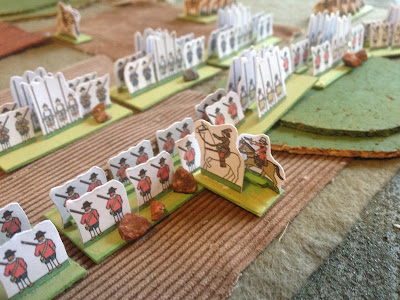 In the centre, ammunition was running low, and the Royalists were obliged to push their pikes up the hill. 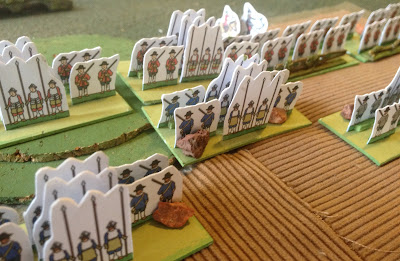 Casualties were mounting on both sides. 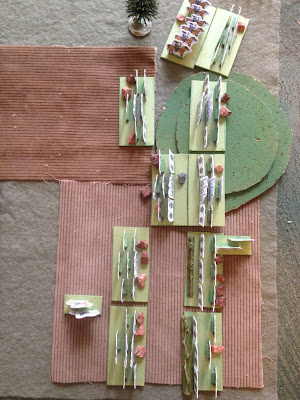 The dragoons continued to hold on the Parliamentarian left, and Lord Standing tried to order his foot to cease the firefight which his men seemed to be losing, and advance. Some of his troops were not enthusiastic about the idea. 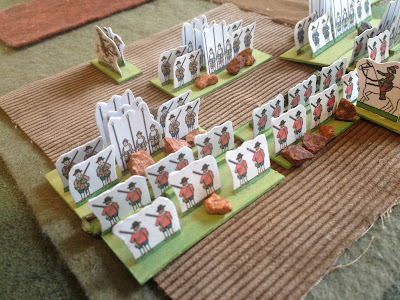 On the other flank, the Royalist horse were held off by a wall of pikes. 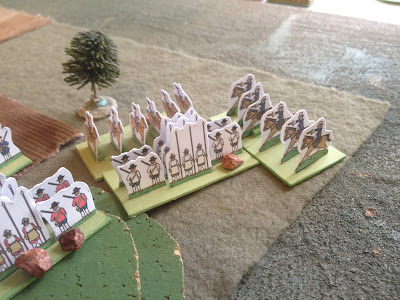 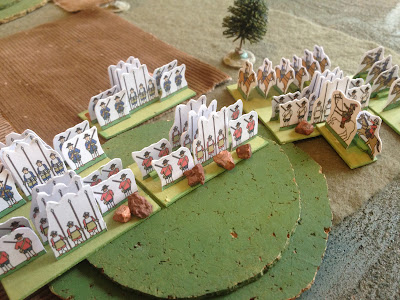 The raw troops facing the dragoons had enough, and both broke on the same turn. 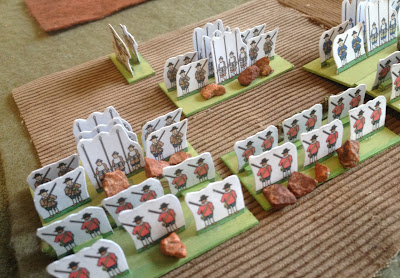 Lord Standing tried to order an advance in the centre, but couldn't get his men to move. 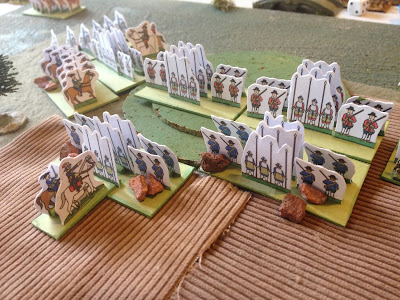 The dragoons now moved to compromise the Royalist right, although they were only a theoretical danger at this stage, since they can't move into close combat, or fire into an ongoing one. 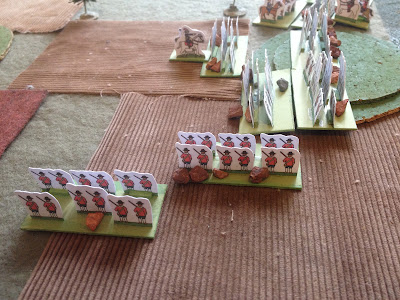 Another attempt to advance the Royalist centre failed, and another unit of Royalist foot broke under fire from the shot on the hill. 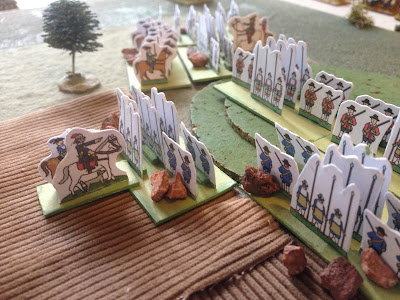 On the Parliamentarian right the foot finally broke under continuous attack from the Royalist horse ... 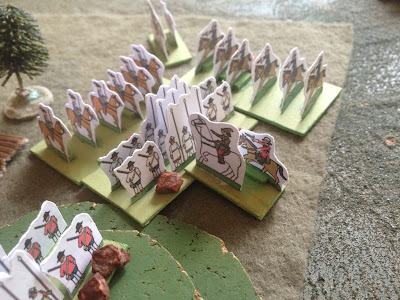 ... but one unit of horse pursued them out of the battle. 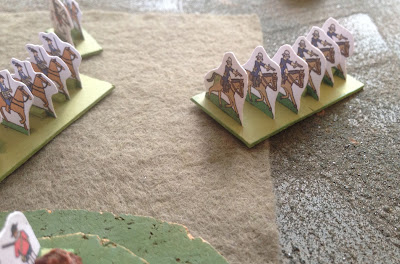 The Parliamentarians turned to meet the threat to their flank. 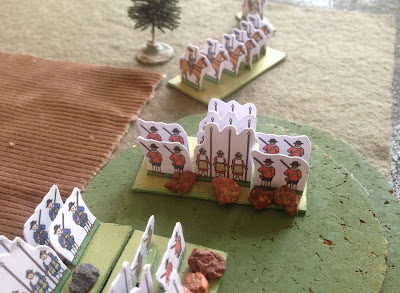 Dragoons moved up in support. The Royalist horse fled under heavy fire. 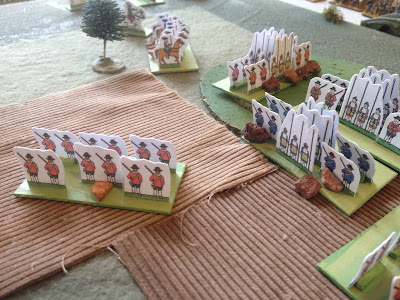 This just left a lone Royalist pike and shot unit fighting to take the hill in the centre. 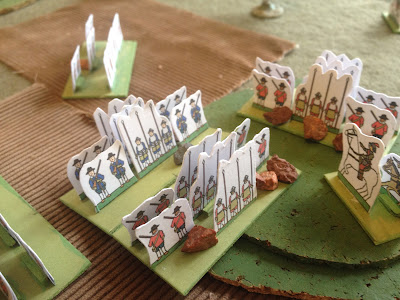 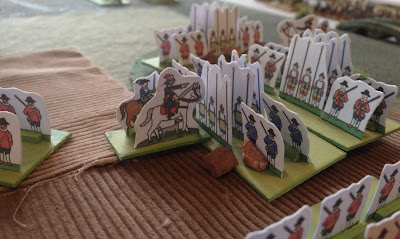 The result was inevitable; it routed, and the day was lost for the Royalists. 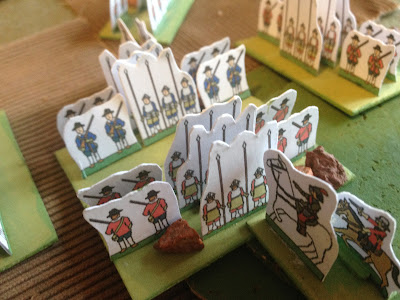 With this victory, Causton declares for Parliament, who now become the defenders for the rest of the campaign. The campaign moves into Phase 2, and Lord Standing tries to gather support for an attack on the town.

The Royalists were certainly the underdog in this fight, with a serious difference in quality between the two armies. Their advantage in horse couldn't swing things their way either. To be honest I made a mistake in their plan; really the raw foot should have covered the Royalist centre, leaving the better-quality pike-heavy foot to drive off the dragoons on the flank. Yes, the raw foot would have suffered in the firefight in the centre, but the odds were very much in favour of Parliament's foot running low on ammunition, forcing their commander to intervene or requiring them to advance off the hill. Placing or replacing out of ammunition markers is key to managing foot in these rules, and the Royalist commander consistently botched the rolls to do so. In addition, Parliament seemed well-supplied with ammunition, and none of their units ran out at any stage, which is pretty remarkable, all things considered.